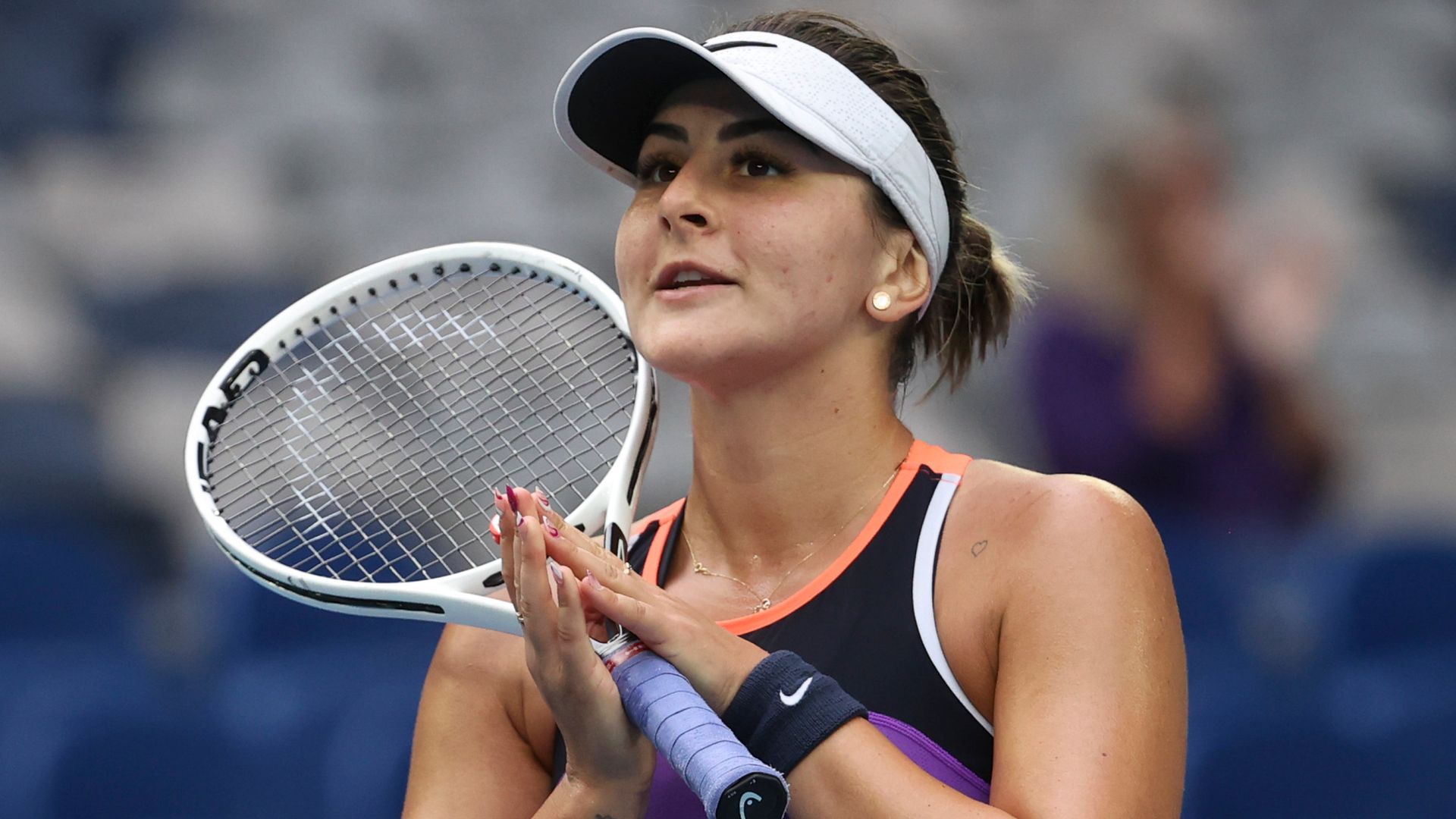 Bianca Andreescu, who won the US Open in 2019, was made to work hard on her return to competition after 15 months but the 20-year-old Canadian came through her opening match at the Australian Open; she faces Hsieh Su-wei in the next round

Former US Open champion Bianca Andreescu has described the series of emotions she has gone through after spending 15 months out of the game due to injury.

Andreescu suffered a knee injury just a month after winning the 2019 US Open and has only just got back on court.

The Canadian admitted being so nervous she broke down in tears at the weekend as she prepared to make her return but she showed her mettle, despite being given a stiff test by Romanian Mihaela Buzarnescu before advancing with a 6-2 4-6 6-3 victory.

She was playing her first match since retiring from the 2019 WTA Finals in Shenzhen with a knee injury but moved assuredly on court and showed no signs of discomfort against the world No 138.

The 20-year-old said: “Sometimes I’ll cry, sometimes I’ll be laughing uncontrollably. It’s really weird. But last night I did cry, and I’m not afraid to say that because everyone cries sometimes.

“But it’s a good release for me because in my head, all I was thinking about were the last 15 months and how tough they were, and they were tough for many reasons, COVID being one of them, and then my knee injury, being ready to play Indian Wells, Miami, and then COVID hitting. That wasn’t easy.

“And just other personal issues, as well. It wasn’t necessarily easy, but I got through them. I have amazing people around me that help me along the way, and I have to thank them for that because I wouldn’t be able to do it without them.

“Tennis is an individual sport, but we do have a huge entourage, and they mean a lot to me, so thank you, if you guys are watching or will ever watch.

“I like to talk about meditation, and that is, I think, the main thing for me, and when I’m not playing I like to do imagery, which technically makes me feel like I am playing when I’m not, if that makes sense.”

Andreescu, who upset Serena Williams to win her maiden Grand Slam at Flushing Meadows two years ago, next faces a second-round match-up against Taiwan’s Hsieh Su-wei, who earlier beat US Open quarter-finalist Tsvetana Pironkova of Bulgaria 7-5 6-2.

“I have played her before, so I kind of know what to expect,” she said of Hsieh. “She’s a pretty crafty player, so I think that’s going to be a fun match.”

The Canadian added: “I feel surprisingly pretty well. I had an ice bath, I did those recovery boots, and then playing in a Grand Slam you have the day off tomorrow. I mean, I’m going to practice a little bit, but that definitely helps.”