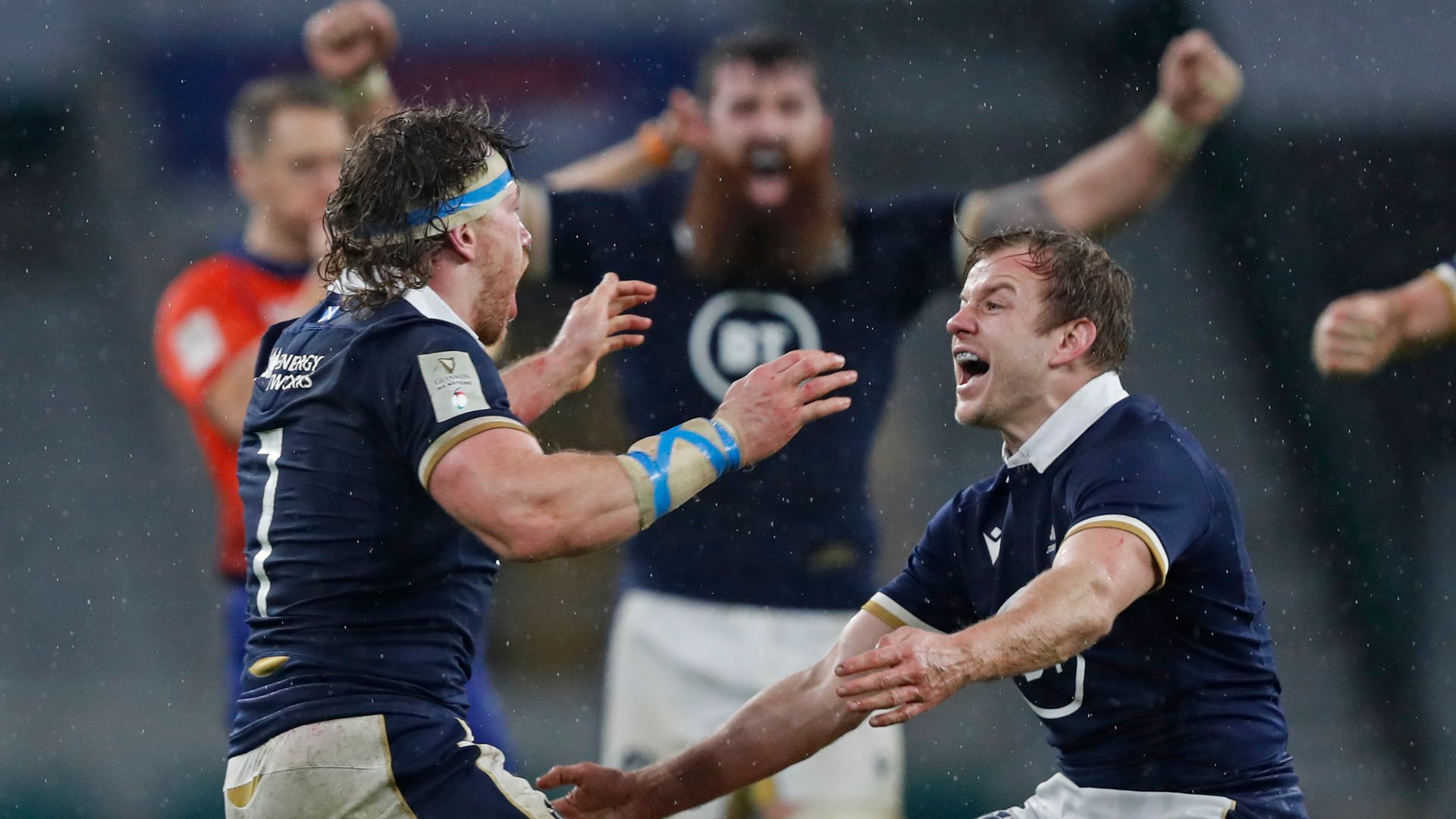 Daley-McLean announced her retirement from international rugby last December and enjoyed the chance to watch the weekend’s games. She speaks to Sky Sports about what stood out as France, Scotland and Wales all triumphed

For over a decade, Katy Daley-McLean would have spent this time of year in camp with the England Women’s team for their Six Nations campaign.

But with the fly-half having retired from international rugby last year, not to mention this year’s women’s tournament being postponed until April, she was able to watch the first weekend of this year’s championship after playing for Sale Sharks in the Premier 15s on Saturday.

Daley-McLean admitted it was strange, but nonetheless enjoyed being a spectator.

Rugby has dominated my life since I entered the international set up at 18, making this a very tough decision to call time on my international career. I’ve had an incredible journey, surrounded by exceptional people and couldn’t have wished for anything more… pic.twitter.com/2zdAVRAsS6

“It is really weird because for the last 13 years, we’ve generally been playing Six Nations at this time, so it’s like ‘When does our team run clash with the boys? Will we get to watch anything?’,” Daley-McLean told Sky Sports.

“So being able to get home on Saturday night after playing a bit of club rugby, having the England game on record and just sitting and enjoying it was really lovely.”

Here, Daley-McLean runs the rule over the three matches from the opening weekend and picks what stood out for her…

KD-M: As an England fan, obviously I was massively disappointed for the boys, but you can’t take anything away from Scotland.

I thought the intensity with which they turned up and played was phenomenal and they never let England breathe. Stuart Hogg, with his boot from the backfield, caused us so many problems – who said the spiral kick was dead?!

The likes of Hamish Watson went so well in the back row, and new boys Cameron Redpath and George Turner looked like they were seasoned Scottish internationals. The scoreline probably didn’t reflect the excitement in it and Scotland’s kicking game caused England a lot of problems.

It’s probably something England will look at this week, how they managed their backfield positionally and kicking aimlessly back to Scotland when it then gets sent 60 or 70 metres overhead when you want to keep the ball in hand a bit more.

The biggest thing is probably just for some of the Sarries boys who haven’t been playing rugby. If you look at Owen Farrell, for example, he’s a great leader and a fantastic rugby player, but he just looked a little bit off the pace and I think that’s probably what happens when you haven’t played for a couple of months – especially at that level.

If you look at the rest of the boys they’ve probably been getting regular exposure to pressure, but as much as you can train, especially as a fly-half you can’t get that kind of practise unless you’re in a match situation. I think one of the biggest things was he didn’t really fire and England struggled to fire without him doing so.

It’s fascinating for the way they go this weekend against Italy. It will be different opposition, but you want to start getting Owen back into the groove of things. It wouldn’t surprise me if Eddie Jones puts him out there giving him more exposure.

KD-M: When Peter O’Mahony’s red card happened after 15 minutes, Ireland almost found an extra gear. The way they held possession and scored from it, at that point I thought it could be hard for Wales.

Wales stuck at it, but Ireland are just very good at holding possession, maintaining the ball and making teams work for it and just picking you off when you present opportunities.

That’s the experience of someone like Johnny Sexton as well, when he’s on the money and just playing them forward it’s very difficult to get your foot in the door – especially when Wales’ line-out didn’t really function.

O’Mahony is quite talismanic for Ireland as well, so to lose him and still get a losing bonus point, I think that’s a massive Ireland win even though the scoreline didn’t say it.

From Wayne Pivac’s point of view, when you’re under pressure you will take a win any way it comes and it takes that bit of pressure off him in terms of his coaching role. Looking to build into the tournament as well, you want to start with a win and that makes that role a little bit easier.

The line George North took for his try as well – he picked off a forward and he’s an outside centre with a winger’s gas which is brilliant. It was a lovely little arc and they were never going to catch him from there.

And Louis Rees-Zammit’s finish, for a new lad into the programme that is a bit of class. To put the ball in one hand and get into the air makes it very difficult – if not impossible – for someone to get him into touch. It was a great finish and a proper winger’s poaching finish.

KD-M: Antoine Dupont was just subline at scrum-half for France in the Six Nations opener in Rome and every involvement he had was positive. He had one try and four assists, and he’s a delight to watch.

It’s hard for Italy, though. There is so much written about them and whether they’re at the standard to compete in the Six Nations.

They showed some bright stuff, but 50 points from France in Rome as well, followed by England this weekend makes it a tough ask for them.

I feel for them because they are trying to play and it’s not like they’re trying to play a negative, shove it up your jumper style, but France had all the momentum, all the positive carries, in behind, hit Teddy Thomas on the wing, he line-breaks and pretty much they’re scoring.

Their strength up front is great and as a back that’s what you want; you want your forwards making metres and the defence always going backwards in really simplistic terms, and that’s what France did to Italy.

They’ve still got that French flair, but there’s a bit more balance to their game rather than kind of doing it from everywhere.