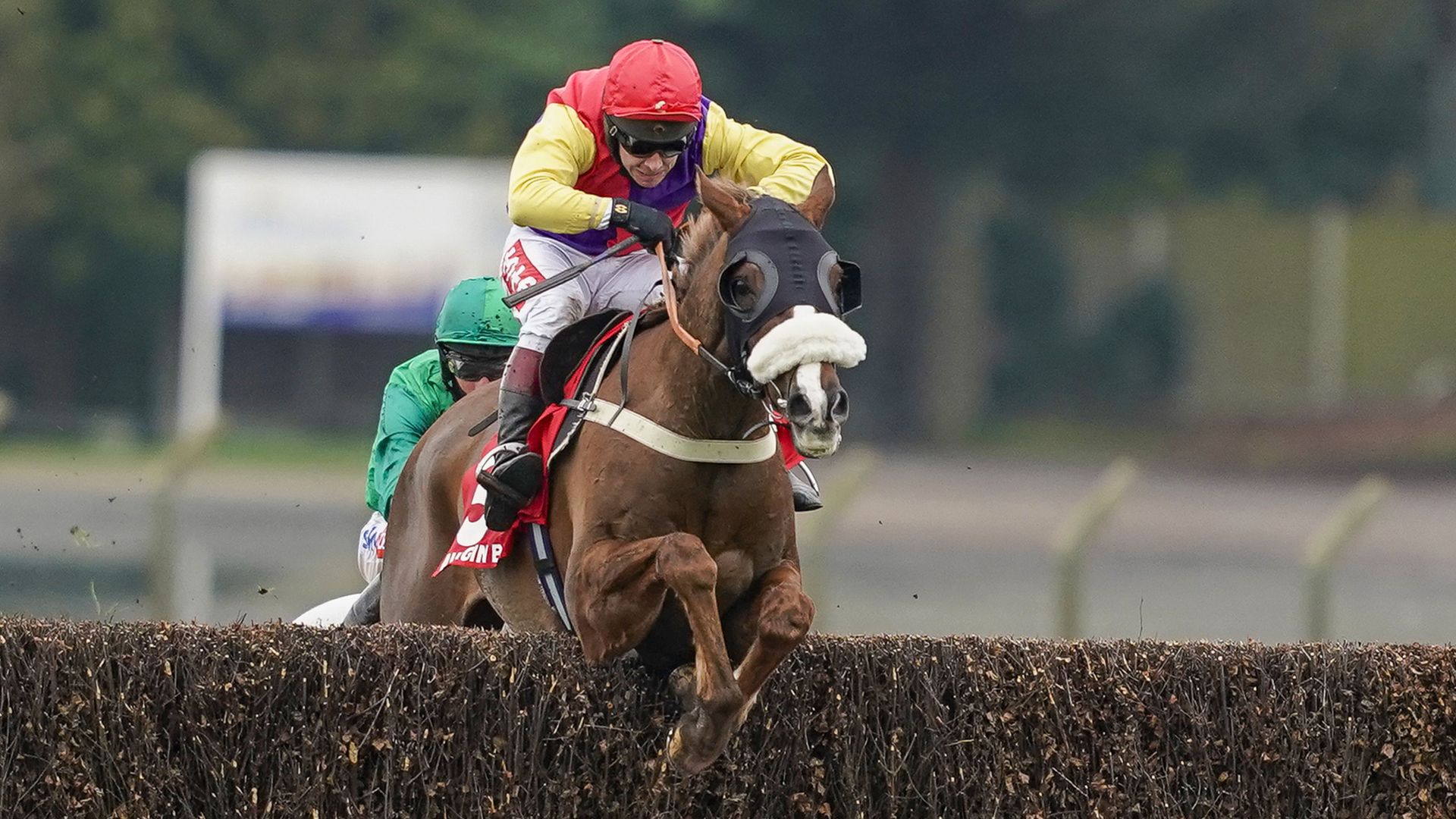 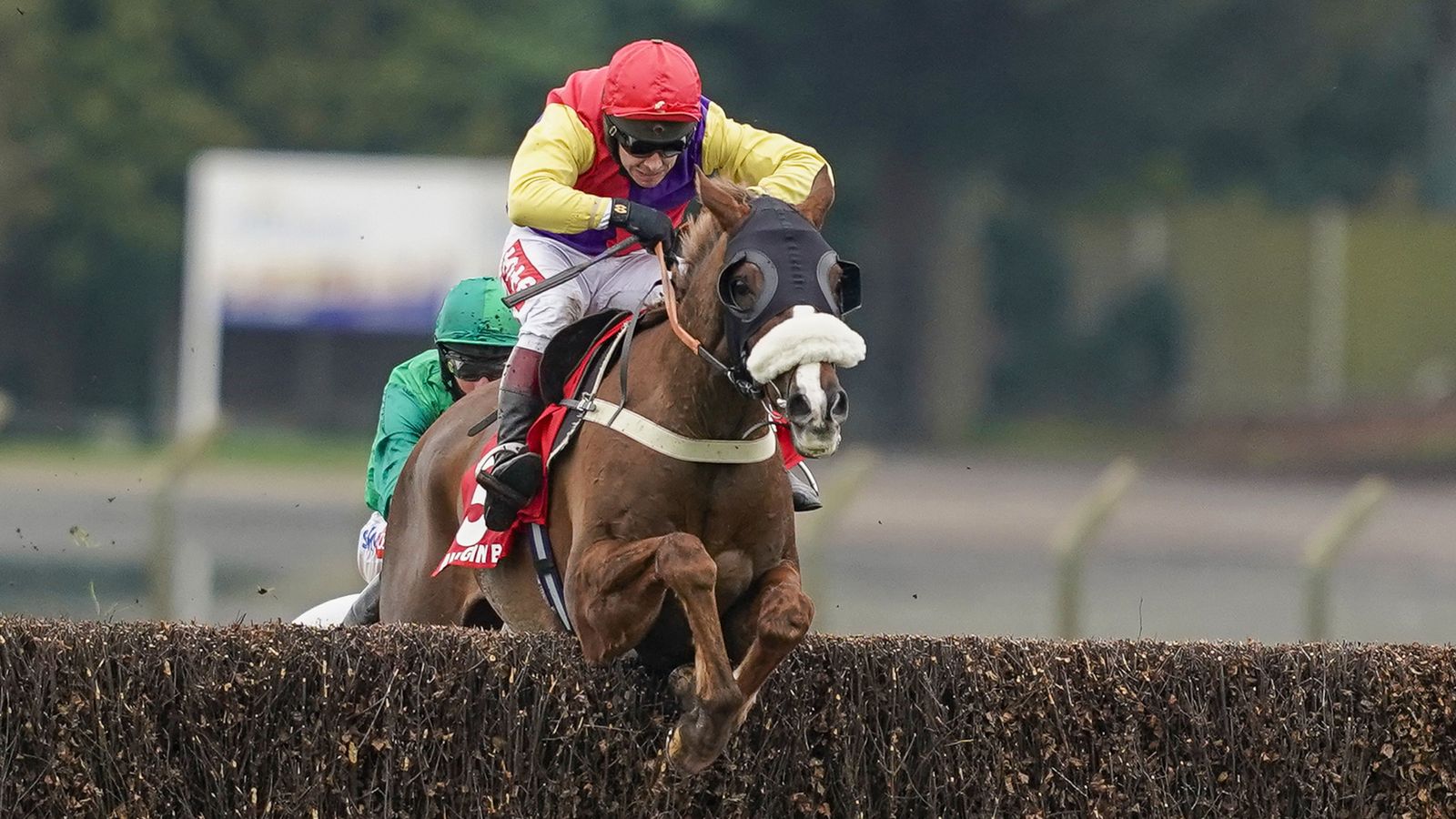 Native River’s owner Garth Broom is dreaming of Cheltenham glory once more after his veteran chaser teed up another crack at the Magners Gold Cup with his doughty weekend display at Sandown.

The 11-year-old won the rearranged Cotswold Chase on Saturday, beating genuine top-notchers Bristol De Mai and Santini in the process.

Native River won the blue riband in 2018, so Broom has experienced the feeling of Gold Cup glory already- and has been touched by the reaction to his pride and joy’s latest victory.

“It was better than we could hope for, how he did it,” he said.

“Staying chasers get such a following, and I’ve been told there was quite a reaction on social media. It’s fantastic.

“I thought he was the forgotten horse going into the race – the only problem was I only have a bet whenever I’m on course, so I didn’t back him!”

Like everyone else, Broom was watching from home with his wife, Anne, and he had far more confidence about his chance than many – who cited the form of the Colin Tizzard yard and the fact it was on a right-handed track as big negatives for Native River.

“I knew he was in good form, because Colin had sent a video of him on the gallops where he looked brilliant, said Broom.

“The only doubt was the stable form, so it was a relief they had a winner earlier in the week.

“Some had said he’s not at his best going right-handed, but the only place he doesn’t really like is Kempton – and he was still third in a King George there.

“The only time he’s been out of the first three over fences, he was fourth in a Gold Cup beaten less than 10 lengths – and at that time, there was a question mark over the stable form too.

“When you look back at his CV, it’s incredible. He won the Welsh National and the Hennessy four years ago – and he’s still at the top of his game.”

With fellow front runner Yala Enki and Bryony Frost taking him on for the first circuit, Native River also showed he does not always have to make the running.

“Richard (Johnson) said he didn’t want to take Bryony on early, but turning down the back straight the second time he didn’t ask him. He (Native River) was saying ‘come on, let’s get going’ – he did it all himself,” said Broom.

“After the first circuit and I saw him in that rhythm, he takes a bit of beating.”

With such a wet winter and Cheltenham losing their last two meetings to waterlogging, good ground could be a long shot, which will also aid Native River’s chances.

“I wouldn’t have thought the going would be good at Cheltenham, looking at the weather,” added Broom.

“He can actually handle good, but we just have to mind his legs now. He did a suspensory after Newbury last year – and I really fancied him for the Gold Cup then, too.

“Looking at the Gold Cup, you obviously have Al Boum Photo to beat, but I think Venetia Williams’ horse (Royale Pagaille) is the dark one. Any young horse who keeps winning and is clearly improving is always going to be a threat – if he runs of course.

“What I will say is that looking at Monkfish and Envoi Allen, next year’s Gold Cup looks very tough already!

“We’ve not got many miles on the clock, though. He might be 11, but we’ve always minded him because when they are running over three miles and more in heavy ground, they have hard races.

“Unfortunately, I don’t think we’ll be there. We’ve had our first (Covid) jabs, but the second one won’t come in time. I suffer from bad asthma and decided not to go last year.

“It’s heart-breaking not being there. It was on Saturday, but it’s a sign of the times I’m afraid.

“Tom Malone buys most of our horses – and I keep saying to him if he finds me another half as good as Native River, I’ll be very happy.”