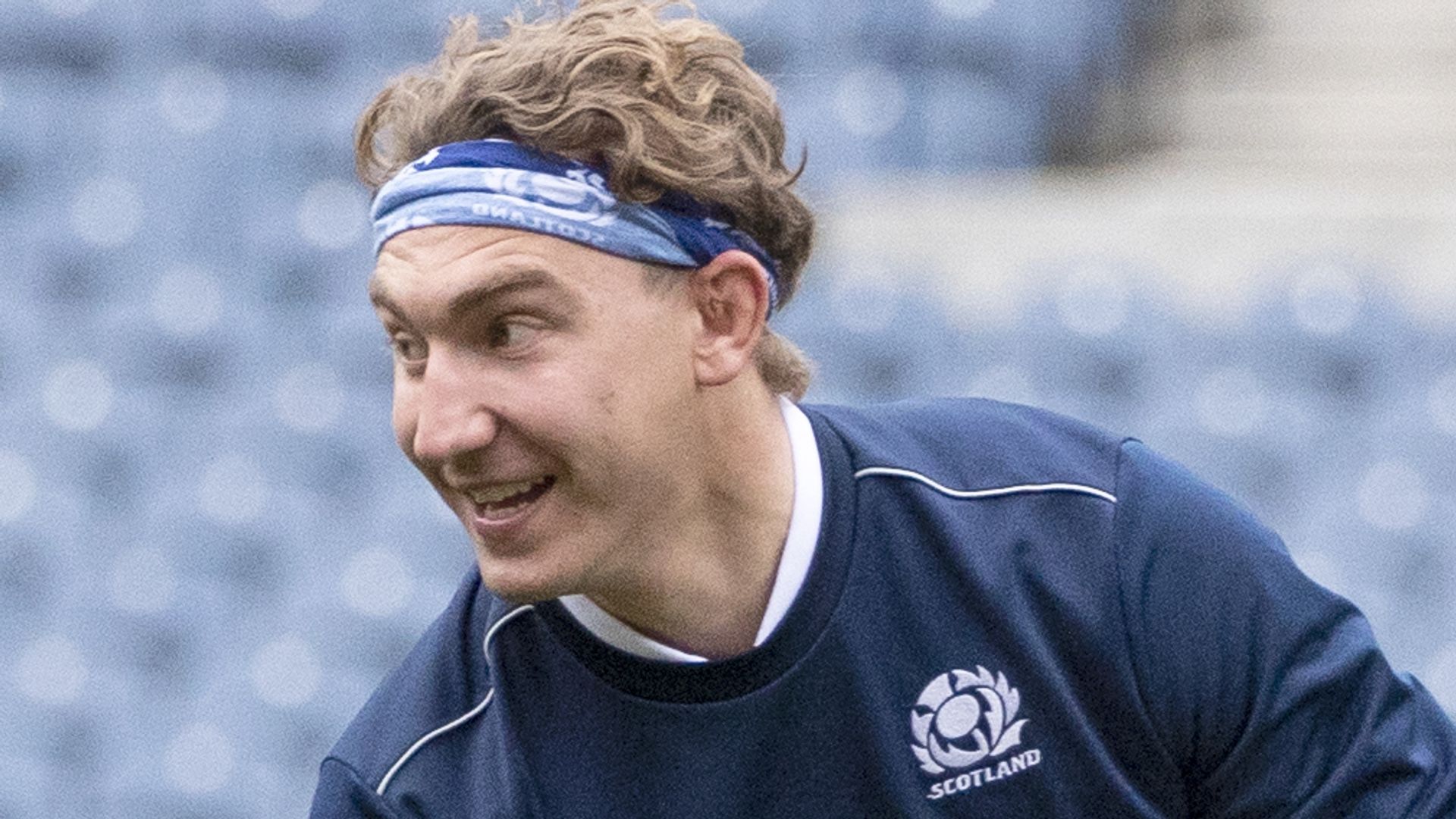 Only four of Scotland’s players opted to take a knee ahead of Six Nations victory over England at Twickenham; Ritchie: “I don’t think anyone who didn’t kneel was disagreeing with anything that was put forward. It’s 100 per cent right that rugby is acknowledging the anti-racism movement”

Scotland forward Jamie Ritchie insists he showed full support to anti-racism messages at Twickenham after being criticised for not taking a knee.

The Edinburgh player has expressed surprise about the furore over his choice ahead of Scotland’s Six Nations win over England.

Ritchie and others elected to stand and reflect while team-mates kneeled down, but he felt all had shown support for anti-racism campaigns in their own way.

Six Nations organisers did not request that players take the knee but at least four Scotland players and about 12 England players were pictured doing so with those who stood coming under criticism.

“I don’t think anyone who didn’t kneel was disagreeing with anything that was put forward. It’s 100 per cent right that rugby is acknowledging the anti-racism movement. I completely agree with that.

“I think guys standing in quiet reflection of that is in full support of it.

“Whether boys kneeled or didn’t kneel was nothing we discussed before the game, it was completely down to personal preference. Anyone who kneeled I would back 100 per cent and anyone who stood I would do the same.

“For me personally it was the first game I had been involved in when anyone took the knee. I was not surprised, I knew guys in the Premiership had been doing it, but it was down to personal preference at the time. I took that time to reflect and think about the message.

“You can’t please everyone, it’s such a polarising argument, whether to kneel or not. Social media can be a pretty vile place at times and guys know how to deal with it.

“It’s not stung, it has certainly not taken away from how special that day was for everyone involved. It’s just one of the things that comes with being in the limelight and playing pro sport.”

One of the Scotland players who did kneel, Ali Price, also feels too much has been made of the issue.

The Glasgow scrum-half said: “We were told beforehand that there would be a round of applause for Sir Tom and everyone who has sadly passed away due to Covid, followed by a moment of reflection around racism in sport and in general. And then it’s very much individual.

“I have never taken a knee in any of the games I have been involved in before. It was never part of any of the build-up to PRO14 games. In the autumn we never did it.

“On the day I felt it was right to take a knee. At the same time, I could also have stood like many of the other players did and just had that moment of reflection. There’s different ways to do that.

“There’s too much to read into that, everyone was reflective and respectful.”

The Scottish Rugby Union says it stands behind the fight against racism after only four players chose to take a knee ahead of Saturday’s win over England at Twickenham.

Gregor Townsend’s team recorded their first away win over England since 1983 but have faced a backlash after the majority of the matchday squad opted not to join in with the gesture supporting the Rugby Against Racism campaign before kick-off in London.

Murrayfield chiefs have now reiterated their backing for equality – but say it remains down to individual players to decide how they show that support in future.

The SRU said in a statement: “Scottish Rugby fully supports rugby’s ongoing work to end discrimination and racism in our sport.

“This commitment has been expressed with a moment of reflection before every international match since the summer of 2020 and our players are free to demonstrate their support for this important issue in the way they see fit.”