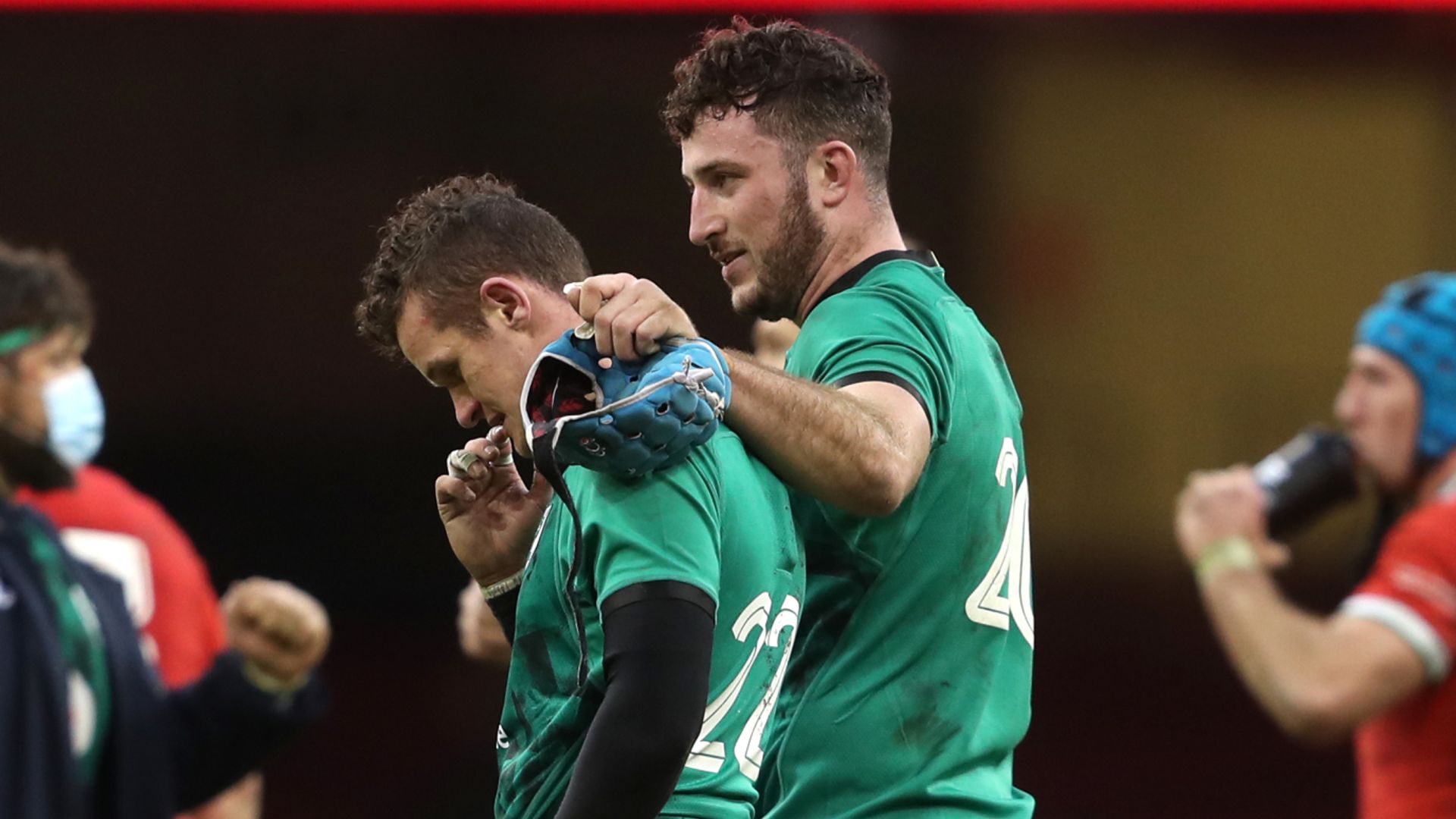 14-man Ireland suffered a 21-16 defeat against Wales in their Six Nations opener in Cardiff on Sunday afternoon, and will be looking to bounce straight back when France come to Dublin next weekend.

Ronan O’Gara feels that Ireland “snatched defeat from the jaws of victory” in a nail-biting Six Nations game against Wales.

Andy Farrell’s side were reduced to 14 men early in the game, but were in with a shout late on before Billy Burns’ kick for touch was overcooked, ending the game and denying Ireland a line-out in the Welsh 22.

“Under Pivac, it was three out of 10 wins. This team hasn’t even got up and running yet. There were glimpses of it [on Sunday] when they played a few nice balls out of the tackle and they got their width and speed into their attack game, they looked dangerous. But way too infrequently against 14 men.

“At times, watching the game you felt there wasn’t a mismatch in terms of numbers.

“Ireland snatched defeat from the jaws of victory. That’s what happens nowadays. You get a lineout seven metres out, 10 metres out, if you get your driving maul going which I’m sure Paulie (Paul O’Connell) would have on the last play, seven out of 10 times you score.”

O’Gara has sympathy for the Ulster 10, after his skewed effort at the death.

“The view I saw, I thought it missed by a lot, which I’d say [it was a case of] ‘head up, looking at outcome’. As opposed to, I’ve done it a few times myself, you’ve got to watch the ball onto your foot,” he outlined.

“Of course I do [have sympathy] because I understand the subject very well. It’s very interesting for me to think what the thought policy is with the kickers. You can only accurately comment on the people that you work with; whether it’s a Richie Mo’unga for me, or Ihaia West or Jules Plisson.

“You have to have that visualisation or process spoken through with them before you put it into practice. I’m not sure how many opportunities in the past Billy Burns has had in that position – I wouldn’t say he’s had that same scenario.

“It’s still quite a lot to work with as a kicker. If you’re looking to hit the five-metres, in training it’s grand, but put yourself in that scenario: a one-metre target is small.

“It’s just about what he’ll learn from it. That’s the important thing because it’s disappointing, and he’ll be the most disappointed. He doesn’t need to be told but it will more disappointing for him if in the next scenario for Ulster in a Heineken Cup game or for Ireland in the future that he does the same – then people will get frustrated.”

O’Gara feels that the manner in which Burns reacts to the blunder will be crucial.

“That’s where we’ll see his character now, that’s where we’ll see what he’s made of. It’s all well and good when everything is rosy. He’s had a setback. Everyone in top level sport is going to have setbacks. He can feel sorry for himself last night. But chin up today and get back to work. Get working on it straight away.”

The big question now is whether the Irish coaching team will peservere with Burns in favour of other 10s.

“I think Andy will be disappointed with the execution,” he noted. “I think it’s a very different debate if it happens another time. Or another time after that. We all make errors. There’s no robots playing the game. He went for it and his skillset let him down. He’s seen enough from him obviously to bring him in as his No. 2. And I think he’ll continue to believe in him.”