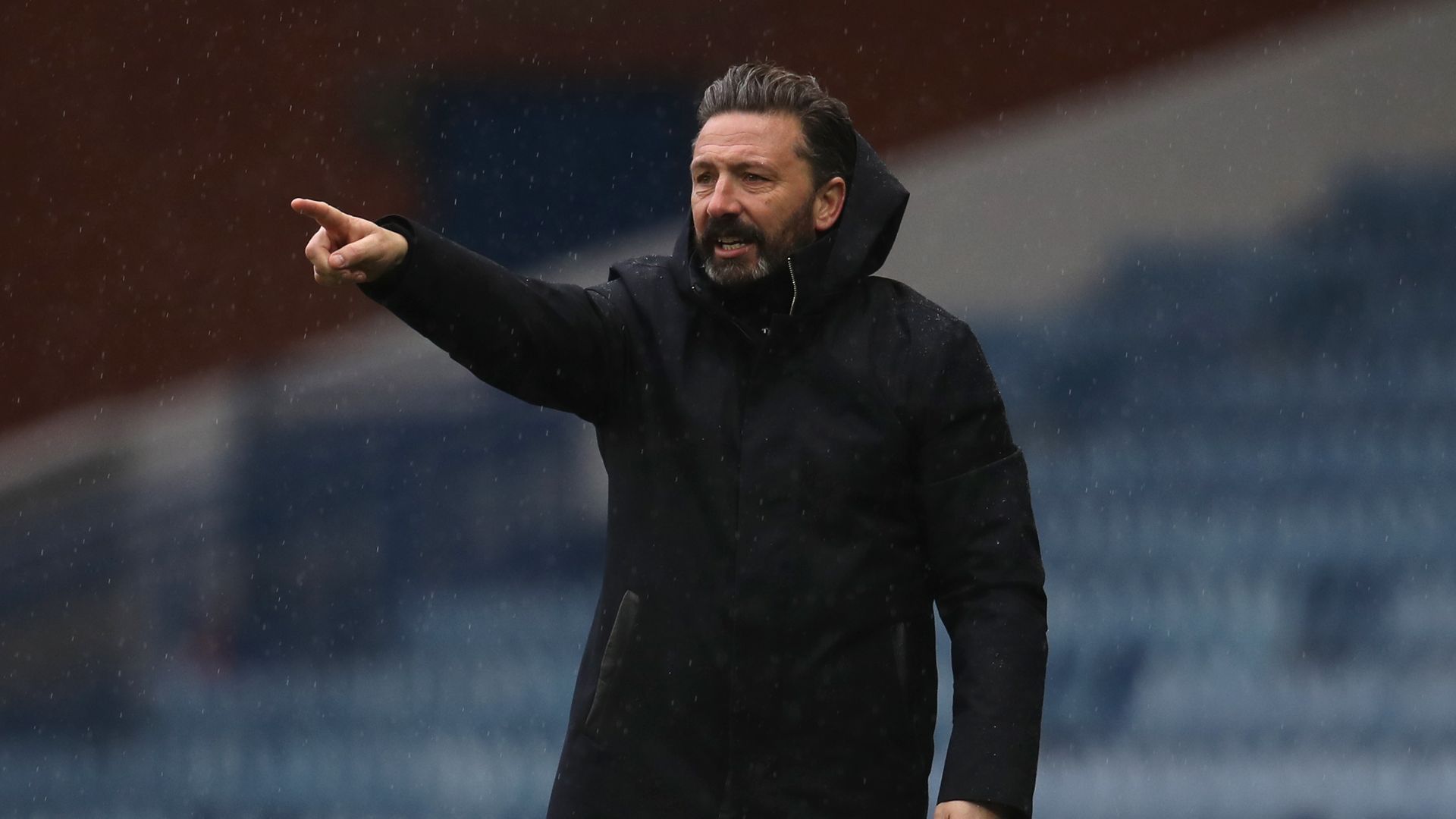 Derek McInnes has received a public vote of confidence from Aberdeen chairman Dave Cormack despite a recent poor run of results.

Aberdeen have won once in eight Scottish Premiership matches since the beginning of 2021 and have failed to score in each of their past four contests, including Saturday’s 2-0 loss at Hibernian.

However, Aberdeen chairman Cormack reiterated he and the club’s board remain behind boss McInnes and are backing him to come through this difficult spell.

“Following speculation around the manager’s position, Derek and I met on Sunday and discussed the team’s poor run of form since the turn of the year,” Cormack said in an official club statement.

Update from the Chairman

“From my personal perspective there is no doubting Derek’s continued desire to drive success for the club.

“Having qualified for Europe seven seasons in a row, and with a healthy 54 per cent win-rate over almost 400 games in charge, it’s important that Derek focuses on integrating last week’s three new signings, and getting the team back to winning ways.

“The coaching staff have had only one full day’s training with Fraser Hornby and Callum Hendry, whilst Florian Kamberi will hopefully arrive in the next few days.

“The board met today and are fully behind Derek getting us back on track, as he’s demonstrated countless times over his eight year tenure.

“We’re at the business end of the season and we still have 33 points to play for. It’s critical that we all get behind Derek and the team as we strive for the best possible league finish and qualify for European football once again.”