Devin Haney claims that Teofimo Lopez is ducking him.

According to Haney, the undefeated, unified lightweight champion is using his mandatory IBF title defense versus George Kambosos Jr. (19-0, 10 KOs) as a way to at least delay fighting him. Haney wants to oppose Lopez next, but Lopez expects to defend his four titles against Australia’s Kambosos sometime in May or June.

Haney is likely to make his own mandated defense of the WBC world lightweight title against Javier Fortuna (36-2-1, 25 KOs, 1 NC) in his next fight, which likely will take place in April. 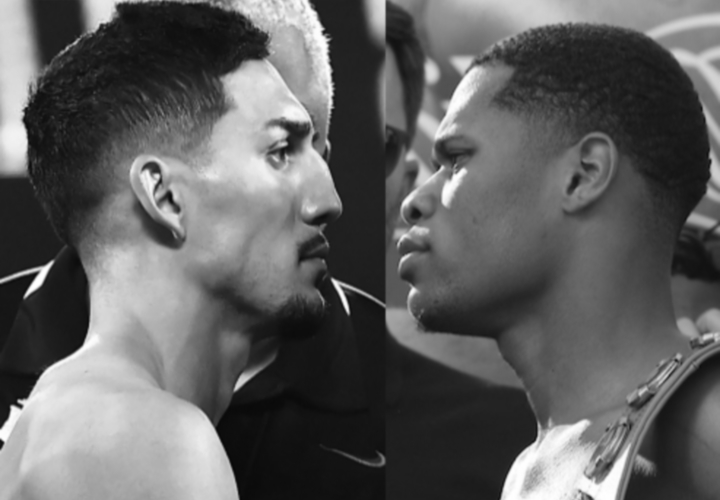 Las Vegas’ Haney expressed frustration about the situation during an appearance Friday on “The Ak & Barak Show,” which streams weekdays on DAZN and SiriusXM.

“First, he said he was sending me the contract and he was sending Kambosos a contract, and whoever signed it first was gonna get the fight, and all this old sh-t,” Haney told co-hosts Barak Bess and Akin Reyes. “That’s cappin’. Then he say he’s undisputed, and yada, yada, yada. That’s cappin’. Every day it’s something new. It’s something new in every interview, he say something different.

The beef between Brooklyn’s Lopez (16-0, 12 KOs) and Las Vegas’ Haney (25-0, 15 KOs) is based on their competing claims to the WBC lightweight championship.

Lopez believes beating Lomachenko by unanimous decision in their 12-rounder October 17 in Las Vegas validated him as boxing’s undisputed lightweight champion. Haney contends that Lomachenko avoided him when Haney was his mandatory challenger, thus Lopez needs to beat him to become the legitimate WBC and unquestioned 135-pound champion.

Ukraine’s Lomachenko (14-2, 10 KOs) owned the WBA, WBC franchise and WBO championships entering his fight with Lopez, who took the IBF belt into it. Haney won the WBC interim lightweight title by stopping Russia’s Zaur Abdullaev in September 2019, but he was elevated to world champion when the WBC designated Lomachenko its franchise champ not long after he defeated England’s Luke Campbell (20-4, 16 KOs) by unanimous decision to win the then-vacant WBC world lightweight title in August 2019.

The 22-year-old Haney just hopes he can settle this issue with Lopez as soon as possible.