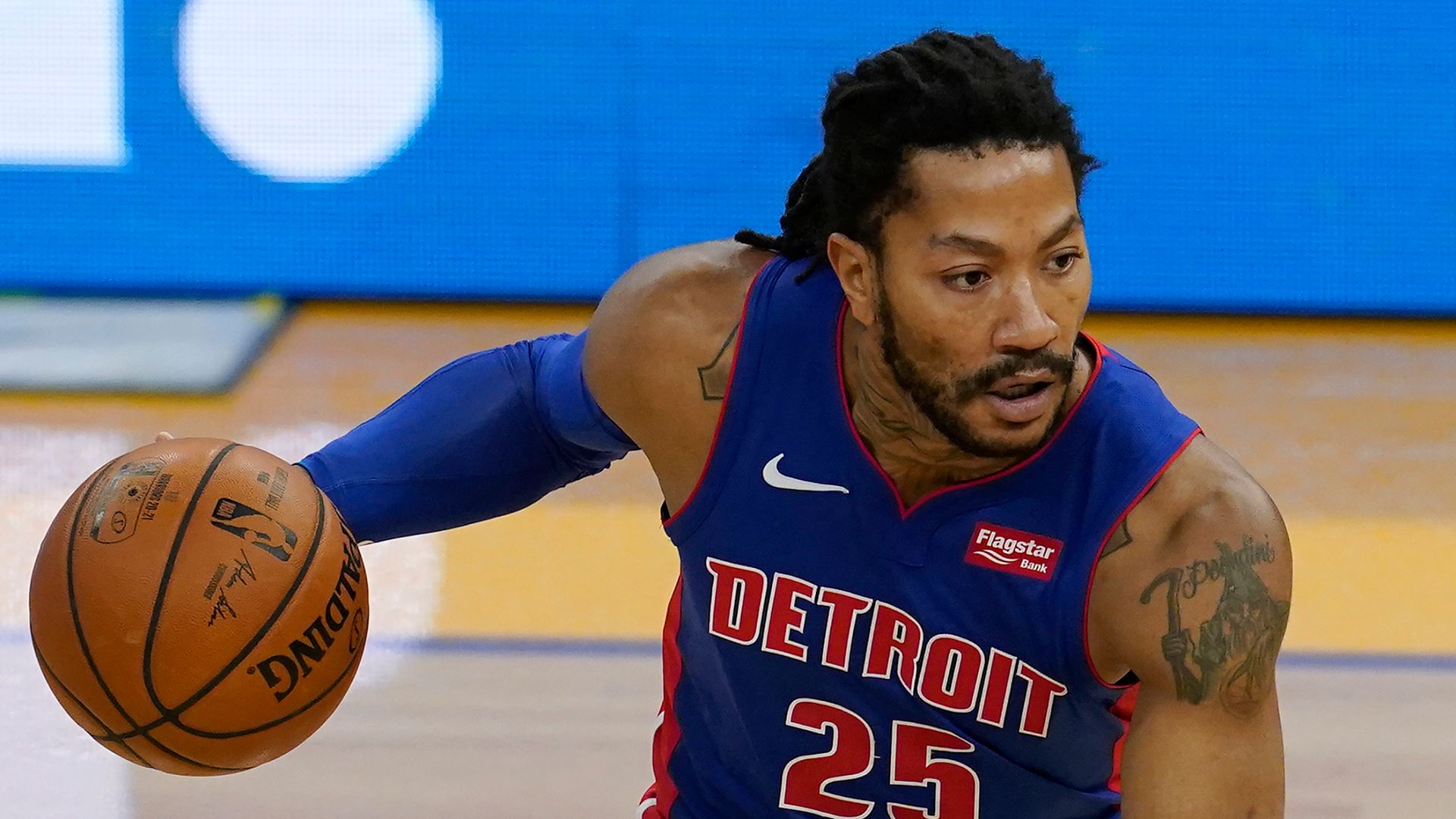 Tom Thibodeau is once again reunited with Derrick Rose as the former Chicago Bulls point guard returns to Madison Square Garden to play under his former coach.

Derrick Rose and New York Knicks coach Tom Thibodeau are headed for yet another reunion.

The Detroit Pistons are trading Rose to the Knicks for Dennis Smith Jr. and a 2021 second-round draft pick via Charlotte, ESPN has reported.

Rose was the No. 1 overall pick by the Chicago Bulls in the 2008 NBA Draft and the league MVP following the 2010-11 season, during which he averaged 25 points, four rebounds and eight assists as the Bulls posted a 62-20 regular reason record to top the Eastern Conference.

Thibodeau took his first head coaching job with the Chicago Bulls in 2010, with Rose as the team’s star. Rose, who will be a free agent after the season, also played for Thibodeau at his next stop with the Minnesota Timberwolves.

This will now be Rose’s second stint at Madison Square Garden, after suiting up for the Knicks during the 16/17 season. He averaged 18 points, four rebounds and four assists in what was his last season as a starting point guard in the league.

Derrick Rose deserves to be on damn Contender at this point of his career…I understand the Knicks are finally moving in the right direction but Damn!!! Just saying tho…

Now he will be expected to provide playmaking and bursts of scoring off the bench alongside rookie Immanuel Quickley, who continues to impress with his deadly floater.

As for Smith, New York sent him to their G League affiliate the Westchester Knicks on Monday after he requested the demotion, upset with his playing time in New York. He has played just 28 minutes in total this season.

Smith, 23, was the No 9 overall pick in the 2017 NBA Draft by the Dallas Mavericks. He was sent to New York as part of the trade that landed Kristaps Porzingis in Dallas on January 31, 2019.

It is unlikely to have any impact on the minutes of Pistons starting point guard Killian Hayes, selected seventh overall in this year’s draft, who was being mentored by Rose in Detroit. He remains out until the second half of the season following the All-Star break, however, due to a hip injury suffered at the start of January.

With nothing to play for this season, despite the impressive performances of Jerami Grant in a greatly expanded offensive role, it seems the franchise are taking a chance on rebuilding Smith’s game which has drastically fallen off since a relatively promising debut season in the league, in which he averaged 15 points, four rebounds and five assists as a starter in Dallas.

At 11-14, the Knicks currently sit in eighth place in the Eastern Conference standings. The Pistons are dead last at 5-18 and have lost four straight.