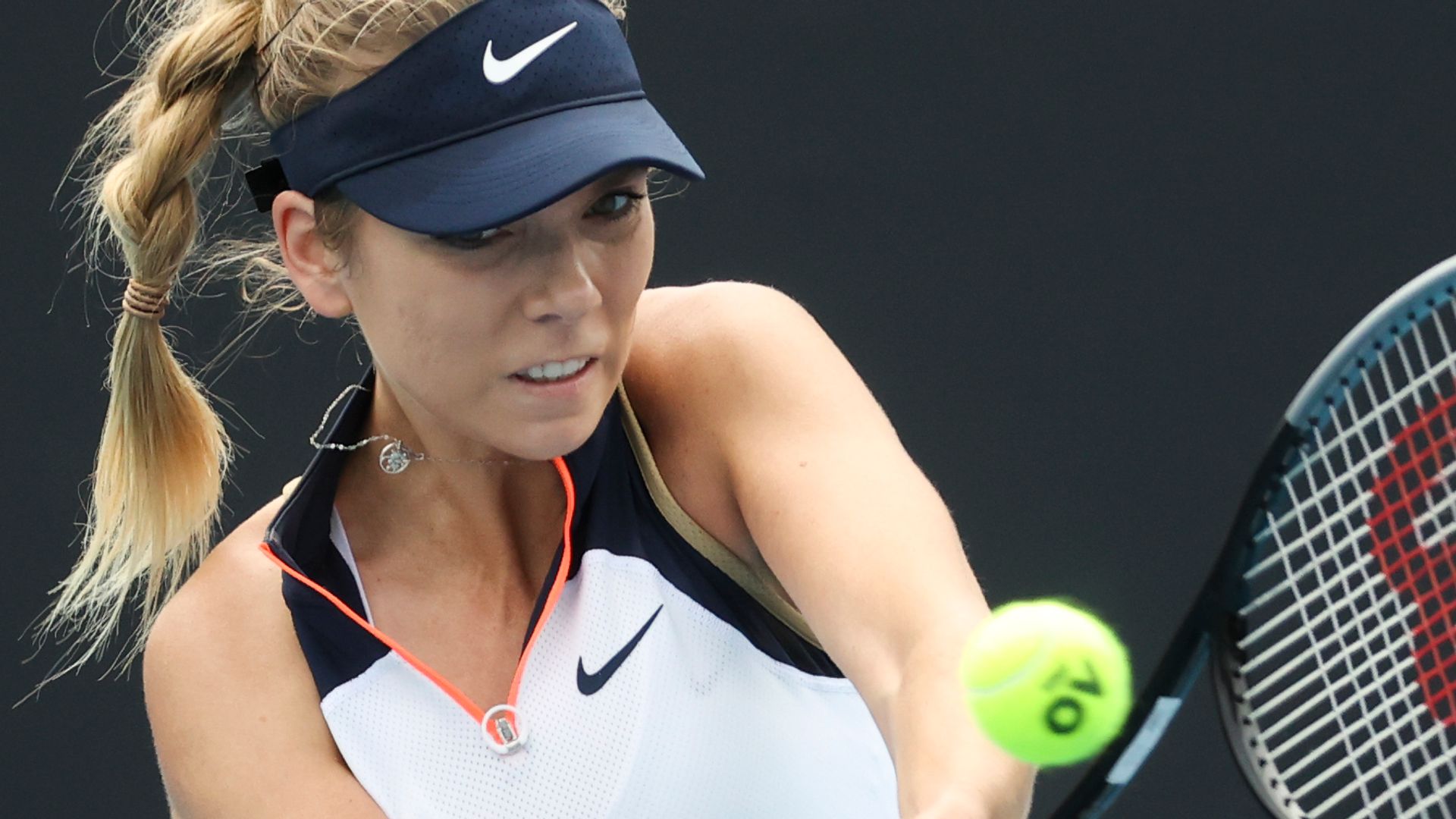 Serena Williams put on a vintage display of power tennis to ease into the second round of the Australian Open before rushing off court to catch the end of the Super Bowl; “My only word is it’s unbelievable. It’s definitely Tom Brady, he’s Tom Brady. He’s amazing,” said the 39-year-old

Britain’s Katie Boulter suffered a first-round exit on the opening day of the Australian Open as Serena Williams, Naomi Osaka and Simona Halep made flying starts to their campaigns.

Boulter found things hard going against former top-10 player Daria Kasatkina, losing 6-1 6-4 as the Grand Slam tournament finally got underway having been delayed by three weeks to allow all players arriving from abroad to quarantine for two weeks.

Boulter, playing on a protected ranking as she continues to work her way back following a back injury in 2019, went into the tournament feeling confident after two good wins last week and a tight loss to Osaka in the Gippsland Trophy.

But she struggled to find the court in the first set, making 18 unforced errors. Boulter improved in the second set and saved four match points as she recovered from 5-2 to 5-4 but Kasatkina made it across the finish line.

Boulter said: “I’m pretty disappointed with today. I felt like I never really got going, I felt quite uncomfortable out on the court. I put a lot of pressure on myself when really there was absolutely no need to.

“The conditions were slightly different today, it felt heavier, the ball was bouncing higher. She has a different kind of swing to a lot of girls and I really struggled to just get some rhythm and get into the match and compete. I’m pretty upset about it.”

Travel restrictions mean putting together a schedule that will enable her to play as much as possible is a difficult challenge, but Boulter remains confident she can work her way back towards the top of the game.

“I’ve worked so hard on my body so firstly I really hope that I’m going to stay fit, I believe that I am, and that’s my number one goal for this year as it is any year,” she said.

“The more positive weeks that I get, then the more I feel like I’ll get toward my goal. I believe that I’ll get there eventually and I will keep working hard.”

The 39-year-old made a nervous start to her 100th match at the tournament, dropping serve in the opening game, but won the next 10 to ease through to a second-round clash with Nina Stojanovic.

Williams had pulled out of last week’s warm-up event with a shoulder problem, and said: “I was happy just to get through it. I wasn’t sure how my serve would be after a little bit of that shoulder, but it’s feeling good, I’m feeling good.”

She rushed off court to watch another evergreen athlete, Tom Brady, win his seventh Super Bowl with the Tampa Bay Buccaneers at the age of 43.

“I just was watching as much as I could to see,” she said. “My only word is it’s unbelievable. I kept saying, ‘This is unbelievable, this is unreal’.”

First-round matches at Grand Slams have rarely presented a problem for Williams, who has lost just one of 77 over her long career at the majors.

It was a successful day for the Williams family, with Venus claiming her first victory at a Grand Slam since 2019.

Like Williams, Osaka withdrew from last week’s warm-up event with a shoulder problem but she made it clear it was precautionary and was in fine fettle in a 6-1 6-2 victory over Anastasia Pavlyuchenkova.

Pavlyuchenkova had reached the quarter-finals in three of the past four years but Osaka was simply far too sharp, winning the opening four games and barely putting a foot wrong.

On what appeared to be a tough draw, Osaka said: “It’s always really hard to play someone that good in the first round. I feel like it might have also helped in a way because I calmed my nerves because I felt like I couldn’t afford to be that nervous.”

The victory extended Osaka’s winning run, stretching back a year, to 15 matches, and she cited last year’s defeat by Coco Gauff in Melbourne as a turning point in her mental approach.

The third seed, who won her third major title at the US Open last summer, said: “I think just after losing here to Coco, because she is sort of the person that I never wanted to lose to in this situation, just being the defending champion, losing to her in such a high-profile match, I think it really shocked me.

“I actually played a match in Fed Cup in Spain that I don’t know if a lot of people knew about (losing 6-0 6-3 to Sara Sorribes Tormo).

“There’s just a lot of stuff that happened there, surrounding that time, that it really made me think a lot about my life and what is the reason – am I playing tennis to prove stuff to other people or am I playing to have fun because I enjoy it?”

French Open champion Iga Swiatek has been wrestling with the different pressures of being a Grand Slam winner but the Pole negotiated her first hurdle successfully, beating Arantxa Rus 6-1 6-3.

Opening the evening session on the Rod Laver Arena, Halep put the 23-year-old to the sword, winning 6-2 6-1 in just 59 minutes.

The Romanian is eyeing her first title in Melbourne, having got to the final in 2018.

Three-time Grand Slam winner Angelique Kerber was a shock casualty, though. The German, one of 72 players to endure a hard quarantine, lost the first nine games in a 6-0 6-4 defeat by Bernarda Pera.

“Of course, you feel it if you are not the hitting ball for two weeks and you are not in the rhythm,” Kerber told reporters after her earliest exit from Melbourne Park for six years.

“I was really trying to staying positive and doing the best out of the two-week situation but you feel it, especially if you play one of the first matches in a Grand Slam against an opponent who didn’t stay in the hard lockdown.”