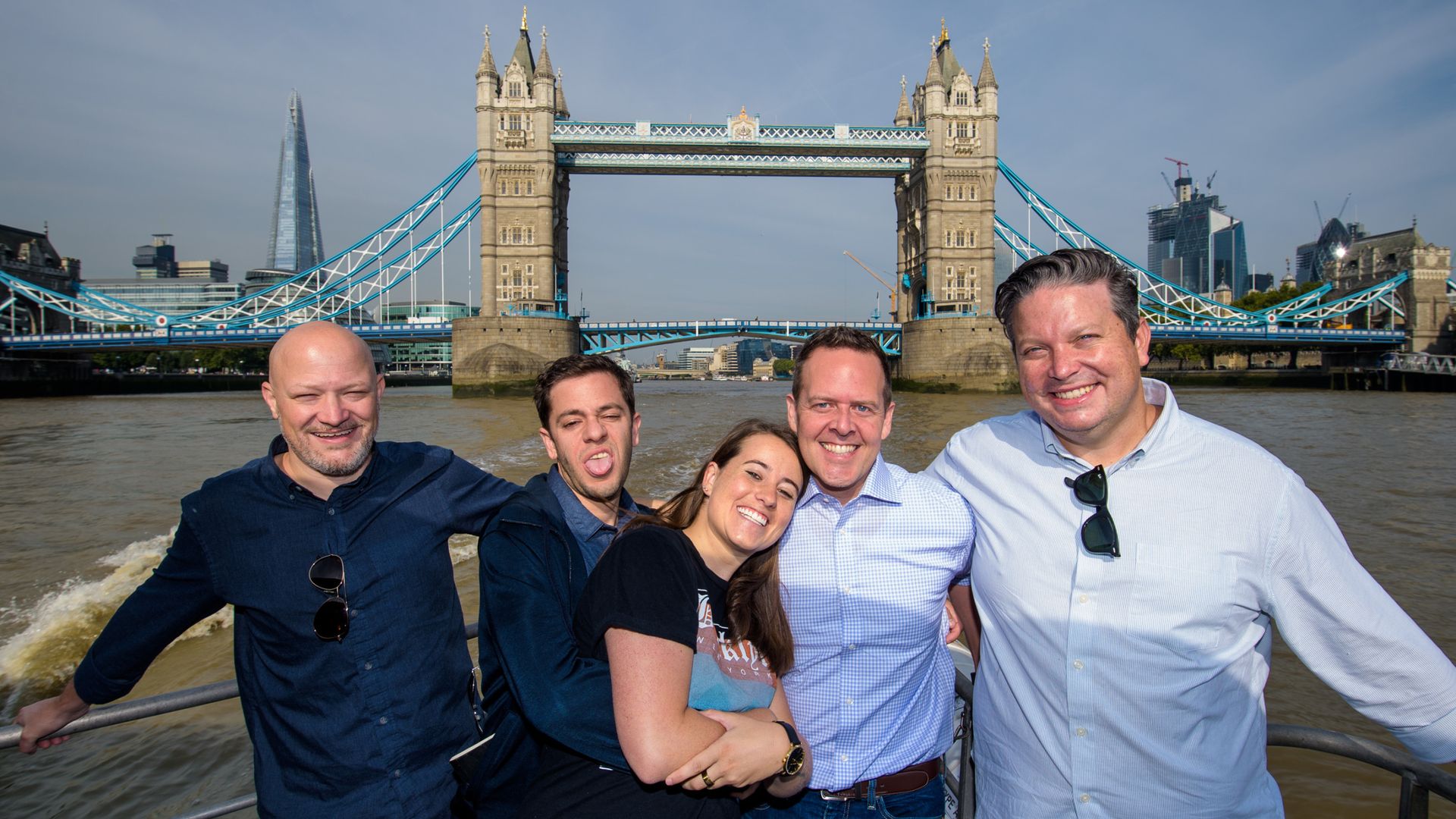 Neil Reynolds and the Sky Sports NFL team paid a heartfelt tribute to NFL Media’s Chris Wesseling who passed away earlier this week after a battle with cancer.

The 46-year-old was a member of the popular Around the NFL podcast as well as NFL.com writer and over the last four years featured regularly as part of Sky Sports NFL’s coverage alongside his fellow ATN heroes – Gregg Rosenthal, Marc Sessler and Dan Hanzus.

Wesseling is survived by his wife Lakisha, also an NFL.com writer, and his young son Linc.

After more than 10 years in sports media with NBCSports and Rotoworld and NFL Media who he joined in 2013, the outpouring of emotion on social media on Saturday night when Lakisha announced news of Chris’ passing underlined the impact he made on those he worked with.

Those included Sky Sports NFL presenter Reynolds who spoke to Dan, Gregg and Marc during coverage of Super Bowl LV to pay tribute.

Tonight I get another wonderful opportunity to present a Super Bowl on @SkySportsNFL And I will do so with a heavy heart and 2 lost legends in my thoughts. Ma Man Kevin Cadle and the amazing Chris Wesseling. Please raise a glass to these wonderful and much-loved men tonight 💗💗 pic.twitter.com/WnXKp9uoJh

REST IN LOVE MY BROTHER – YOU GRACED THIS PLANET WITH YOUR KIND HEART AND GENTLE LOVING SPIRIT – YOU LIVE ON IN THE HEARTS OF ALL YOU TOUCHED AND IN THE FAMILY YOU LOVED AND WHO LOVED YOU SO MUCH…..ALOHA I WILL MISS YOU https://t.co/K2YTkIMmZT

Lakisha’s emotional post on Saturday night revealed that Wesseling had lost his battle with cancer.

“2/5/2021: Linc gained the best guardian angel. Chris passed away peacefully yesterday afternoon. I was by his side, holding his hand.

“Knowing that he’s no longer suffering brings me some comfort, but my heart hurts so much. I took him to the hospital on the 19th thinking he’d be admitted for a few days like before… not knowing that would be the last time he’d be home. His cancer had spread to his lungs and other areas.

“I just don’t understand. I’m stuck in a place between denial and anger. Why take such a kind, loving soul? Why? Chris made an everlasting impression on anyone he met, even in his final days. One nurse gave me a letter to give to Linc the day after I took him in to see Chris. I read it last night and it’s one of the most beautiful letters written by a random person that wanted Linc to know what kind of man his father was coming from a complete stranger.

“I know Chris is in heaven looking down on us. I’m going to do my best to raise Linc how I know he would want. I see Chris every time I look at Linc’s face. I am so grateful I get to keep a part of him with me.”

My heart is broken.

We have lost our amazing friend Chris Wesseling.

An ally like no other. The most unique of men. The finest drinking pal + thinker. Honest. Fair. Kind. Real. A dreamer.

We will love + protect his beautiful wife @LakishaJackson + little Linc until the end. ♥️ pic.twitter.com/naBLwjmBhB

Wess always told me to heed the call. To seek out and be ready for moments of transcendence. No one packed in more of those moments or appreciated them more than Wess. Love you forever. pic.twitter.com/1gTu9bhyEP