Shaquille O’Neal has shown impressive business savvy throughout his career with a diverse portfolio ranging from early investment into companies like Google and Apple as well as ownership into franchises like Papa John’s, Five Guys, Krispy Kreme, Auntie Anne’s and 24 Hour Fitness.

The basketball star has even stepped inside the boxing ring with the likes of Oscar De La Hoya and Shane Mosley, ending up on the losing end for both of his entertaining exhibitions as part of the “Shaq Vs.” television show in 2009 and 2010. 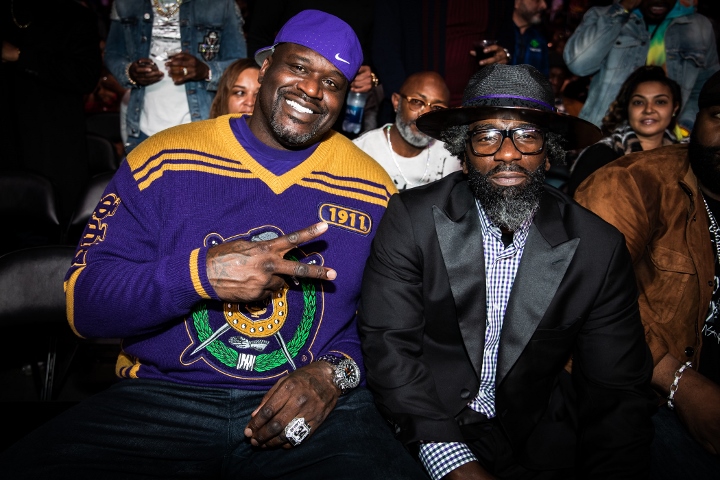 O’Neal now wants to marry his passion for combat sports and entrepreneurship by investing into the Bare Knuckle Fighting Championship, the Hall of Famer told USA Today from his ringside seat at the BKFC 16 Knucklemania showcase in Lakeland, Florida on Friday.

David Feldman founded the upstart combat sports organization in 2018, and he said that forming an official union with O’Neal as an investor is merely a matter of “dotting the i’s and crossing t’s.”

“Now we’ve got one of the most sought-after sports figures in the entire world,’’ Feldman said. “Who doesn’t know Shaq? And now he’s going to be part of this company and it’s going to make a lot for people want to be part of the company.’’

O’Neal was front and center in the BKFC ring at the RP Funding Center presenting Dat Nguyen the bantamweight title after he bested Johnny Bedford on Friday’s show headlined by former UFC fighter’s Paige VanZant’s promotional debut (and loss) to Britain Hart.

Feldman previously presented one of his promotion’s most significant PPV shows featuring a match between two-division champion Paulie Malignaggi and MMA fighter Artem Lobov in 2019.

O’Neal has been a cageside fixture at UFC events for years.

He attended his first BKFC event on Dec. 11 in Biloxi, Mississippi.

“It was a great event … because they don’t want to use the gloves, they’re fighting like a fight should be had.’’