Canelo and Saunders were scheduled to face each other in May of 2020 – but the entire event was called off when Las Vegas shut down due to the coronavirus pandemic. 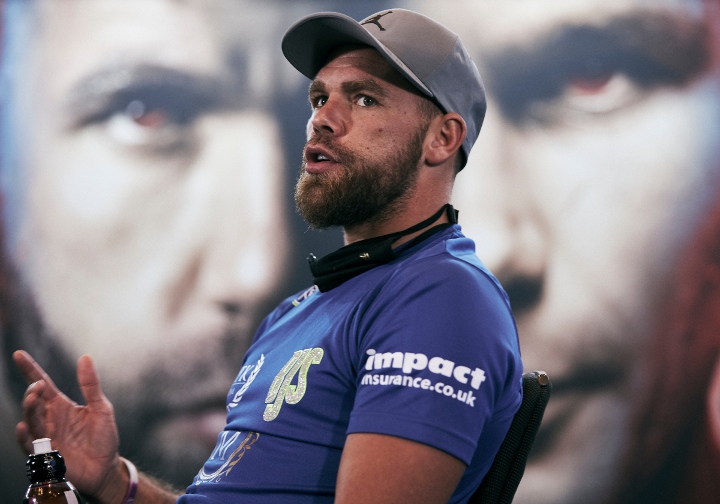 Canelo is all set to make a mandatory defense against Avni Yildirim on February 27 in Florida.

Should Canelo, a massive favorite, walk away with the win – he would then collide with Saunders in a three belt unification on May 8th.

Canelo’s record has a who’s who of name fighters.

Saunders is not very impressed. He believes Canelo has beaten a lot of fighters, like Sergey Kovalev, Miguel Cotto and Shane Mosley, when they were close to the end of the road.

Saunders (30-0, 14 KOs) has certainly had issues with activity in the last few years and those inactive spurts have affected his performances. He’s only had four fights since 2018.

For the fight with Canelo, he plans to have the toughest training camp of his entire career.

“It’s the biggest fight of my life. It’s been my dream since I was a kid. This is what dreams are made of and I can make my biggest dream come true here,” Saunders said.

“My life for the next three months is absolutely hell. I’m putting myself through hell and back and I’m prepared to live in hell every single day to win. Forget about the money. I want to win, I need to win and it’s a must thing for me to win.”