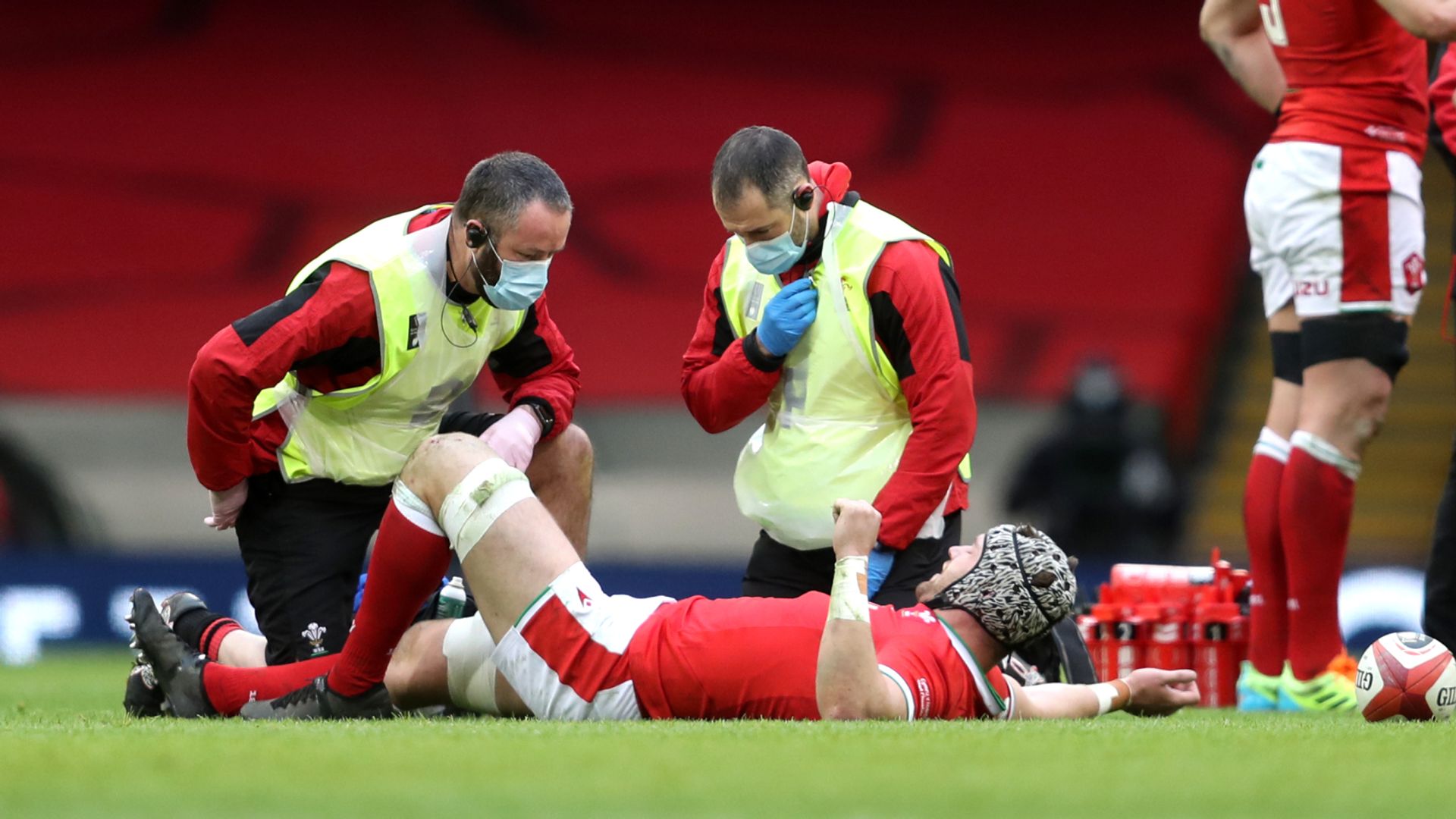 Pivac was delighted with the 21-16 win, but it came at a cost with Dan Lydiate, Johnny Williams, Tom Williams and Hallam Amos picking up injuries; Ireland head coach Andy Farrell was left to rue Peter O’Mahony’s early red card

The first major victory of Wayne Pivac’s reign as Wales head coach was tempered by suffering a series of injury problems which have left him “counting the walking wounded”.

Pivac endured a miserable first year in the job and was finally able to celebrate a win of note after his team held on for a dramatic 21-16 Six Nations success over the dogged 14 men of Ireland.

Yet victory came at a cost and the New Zealander looks to have lost a host of players ahead of next week’s clash with Scotland after Dan Lydiate suffered a serious knee issue, Tomos Williams injured a hamstring and Johnny Williams and Hallam Amos were forced off for head injury assessments.

A costly Peter O’Mahony red card – the first ever shown to an Irishman in Six Nations history – saw Wales pull away to a 21-16 victory in Cardiff.

“We have picked up a few injuries so we’re looking at those now,” Pivac said. “We’ll make a better assessment on Monday. We’re sort of counting the walking wounded after that one.

“Unfortunately, we lose a couple of players straight away. We’re going to get [Lydiate] scanned but it’s not looking too good. It could be an ACL but we’ll get that scanned for a definite result on that, but certainly very disappointing for Dan.

“Tomos Williams – we’re hoping that’s not a serious hamstring, but it won’t turn around in six days, I wouldn’t have thought.” 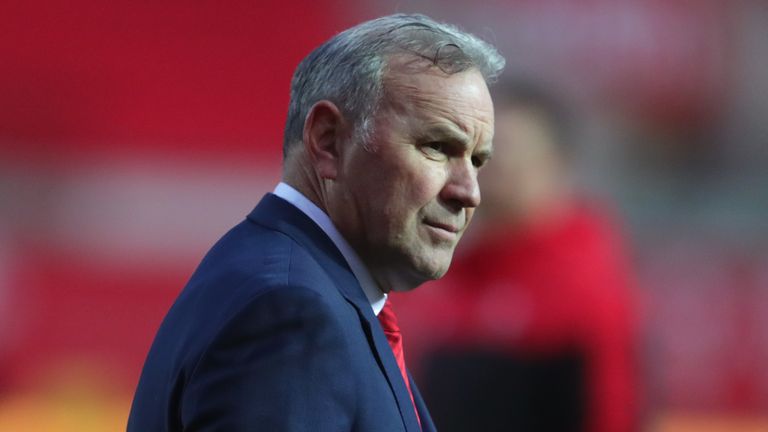 We have picked up a few injuries so we’re looking at those now…We’re sort of counting the walking wounded after that one.

Second-half tries from George North and tournament debutant Louis Rees-Zammit, plus 11 points from the boot of Leigh Halfpenny, saw the hosts capitalise on Peter O’Mahony’s early dismissal in Cardiff.

Pivac was left breathing a sigh of relief at the full-time whistle after relentless late Irish pressure was bizarrely ended by replacement Billy Burns missing touch with a penalty in the final seconds.

Undeterred by the setback, Ireland quickly turned the game in their favour and led 13-6 at the break courtesy of a try from lock Tadhg Beirne and eight points from skipper Johnny Sexton.

Rees-Zammit: I had to check the big screen

Louis Rees-Zammit admitted he had to check the Principality Stadium’s giant screens for confirmation of a debut Six Nations try for Wales against Ireland.

North and Rees-Zammit restored order, but a Burns penalty put the battling Irish in touching distance going into the final stages before his costly error deprived them of an attacking line-out and, potentially, a famous triumph.

After a wretched 2020 brought just three wins from 10 Tests – two against Italy and one over Georgia – Pivac is eager to draw a line under previous results.

“We’re looking at it as this competition, not the amount of wins and losses since taking over the role,” Pivac said.

“This was day one, round one. [It’s] very important we got a win, so we’re very, very happy to have done that and now we’ve got to re-focus as we’ve got a six-day turnaround and a very, very confident and very strong Scotland squad to go and play in their backyard.”

Ireland head coach Andy Farrell had spoken of laying down a marker at the Principality Stadium but his game plan was swiftly disrupted by O’Mahony’s indiscretion.

Farrell said the player was frustrated by his error of judgement but insists his team still have plenty to play for in the tournament, beginning at home to France next week.

“Obviously he’s gutted,” Farrell said of O’Mahony. “Guys don’t do these things on purpose. It hampers the team and Pete’s hurting at this moment in time.

“The players will feel sorry for themselves for a couple of hours then bring the best version of themselves tomorrow. 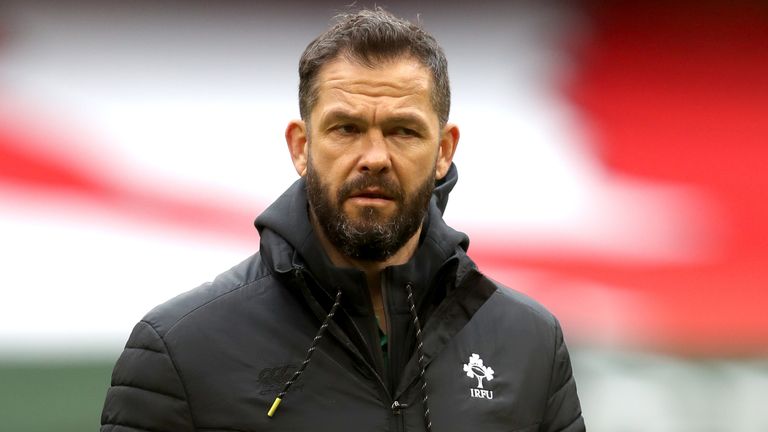 Guys don’t do these things on purpose. It hampers the team and Pete’s hurting at this moment in time.

“Enough of us know about the Six Nations to know it is not won on the first day. We have a very good French side coming over next week and we will back ourselves against anyone in the Aviva.”

Farrell’s side also suffered some injury issues, with James Ryan and fly-half Sexton forced off for head injury assessments, but he insists there is “not too much to be concerned about for next week”.

He also backed Ulster man Burns to bounce back from his wayward kick.

“I shook his hand, it is not the reason we lost the game, we’ve all missed touch at some time,” Farrell said. “The magnitude of it, he’ll learn from it.”