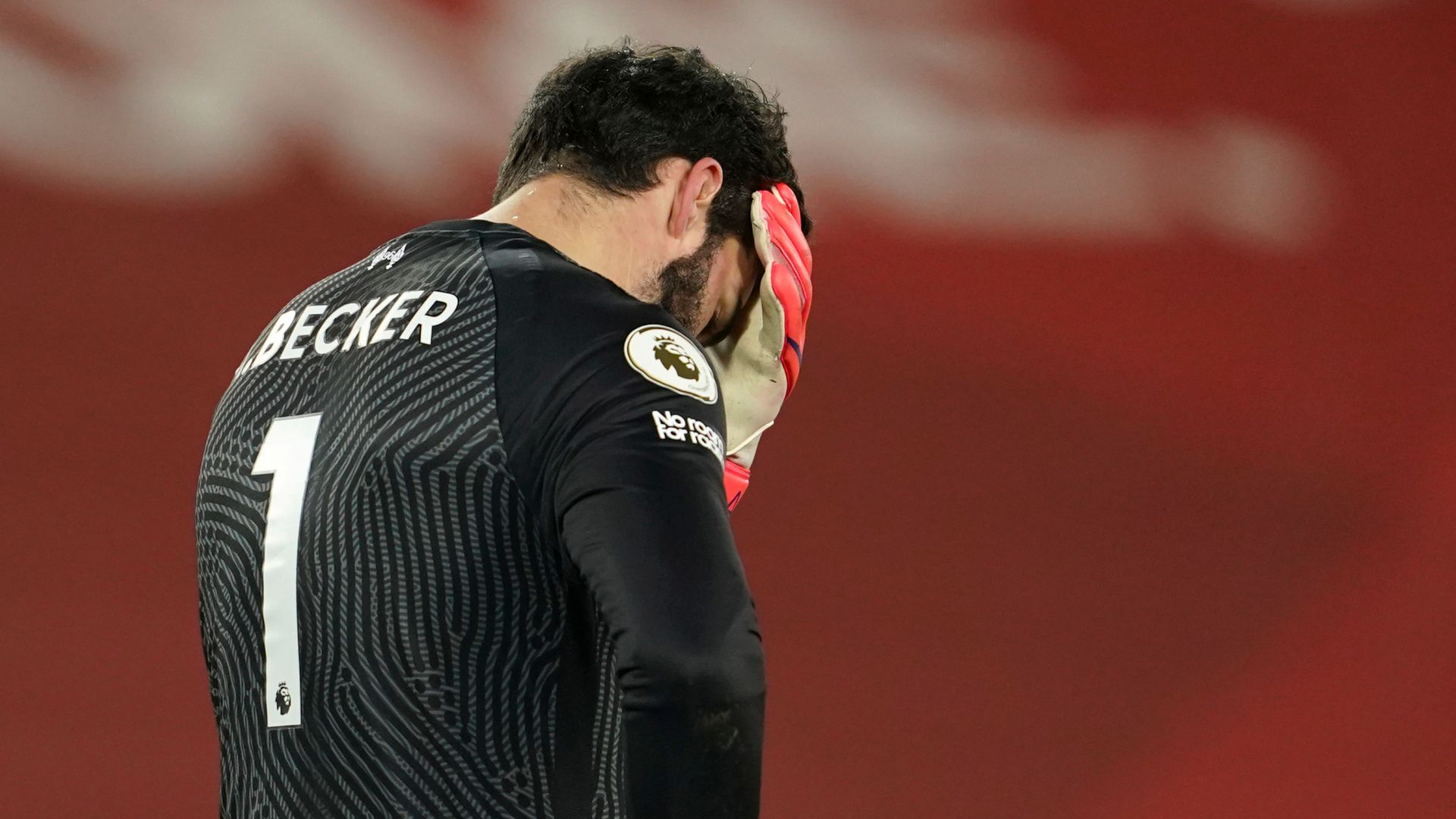 After 23 games this season, Liverpool now have 27 fewer points than they did at the same stage last season, the biggest drop by any reigning champion at this stage of a campaign in English top-flight history.

“For me, they are bad champions,” said Keane. “You could say that this is a one-off, it’s a freak season, it’s Corona. Just get on with it. You’re the champions, you’re Liverpool Football Club.

“Keeping performing like that and it will be another 30 years before you win the title.”

The Sky Sports pundit was his scathing in his assessment of Liverpool’s mentality and approach following their 4-1 defeat to Manchester City at Anfield, their third successive home defeat.

Reacting to the Liverpool manager’s comments after City’s victory, an unimpressed Keane continued: “I think Jurgen Klopp said maybe the goalkeeper’s feet were cold? That’s a new one. I know it was tongue-in-cheek a little bit but it’s excuses after excuses. It just goes on and on.”

Keane: Liverpool believed their own hype

Keane’s fellow Sky Sports pundit Jamie Carragher has warned Liverpool are in danger of missing out on the top four with their hopes of retaining the title this year seemingly all-but over as City’s fine display combined with two uncharacteristic mistakes by goalkeeper Allison condemned the hosts to a 4-1 loss.

Liverpool’s slump, which has featured just two wins since Christmas, represents a startling fall from grace for a side which steamrollered the league last season.

“I can’t figure this group out,” said Keane. “Even in the game against Brighton in midweek, Brighton were comfortable. You can be beaten, but there’s a way to be beaten. But l don’t see that.

“I think they’ve believed the hype of the last year or two. We spoke about there would be some sort of drop-off, but they are playing for a big club. It’s as if they won the league last year and they all believed the hype and got carried away. My mind-set when you won a league title was ‘can we do it again?’.

“I never got the impression from this group last year that they were asking what’s the next step for Liverpool. I never heard any of the players saying ‘we want to do it again’. That’s the key

“Now they are talking about trying to get in the top four from winning the league last year.

“People keep telling me Liverpool are a huge club. If they are a huge club then they will deal with setbacks. Is that not part of the game? If all the players were fit all of the time, that would be fantastic. Look at Man City for a moment. You could say they are missing two of their best players at the moment. Liverpool today had players missing but they still had their best attacking players on the pitch.”