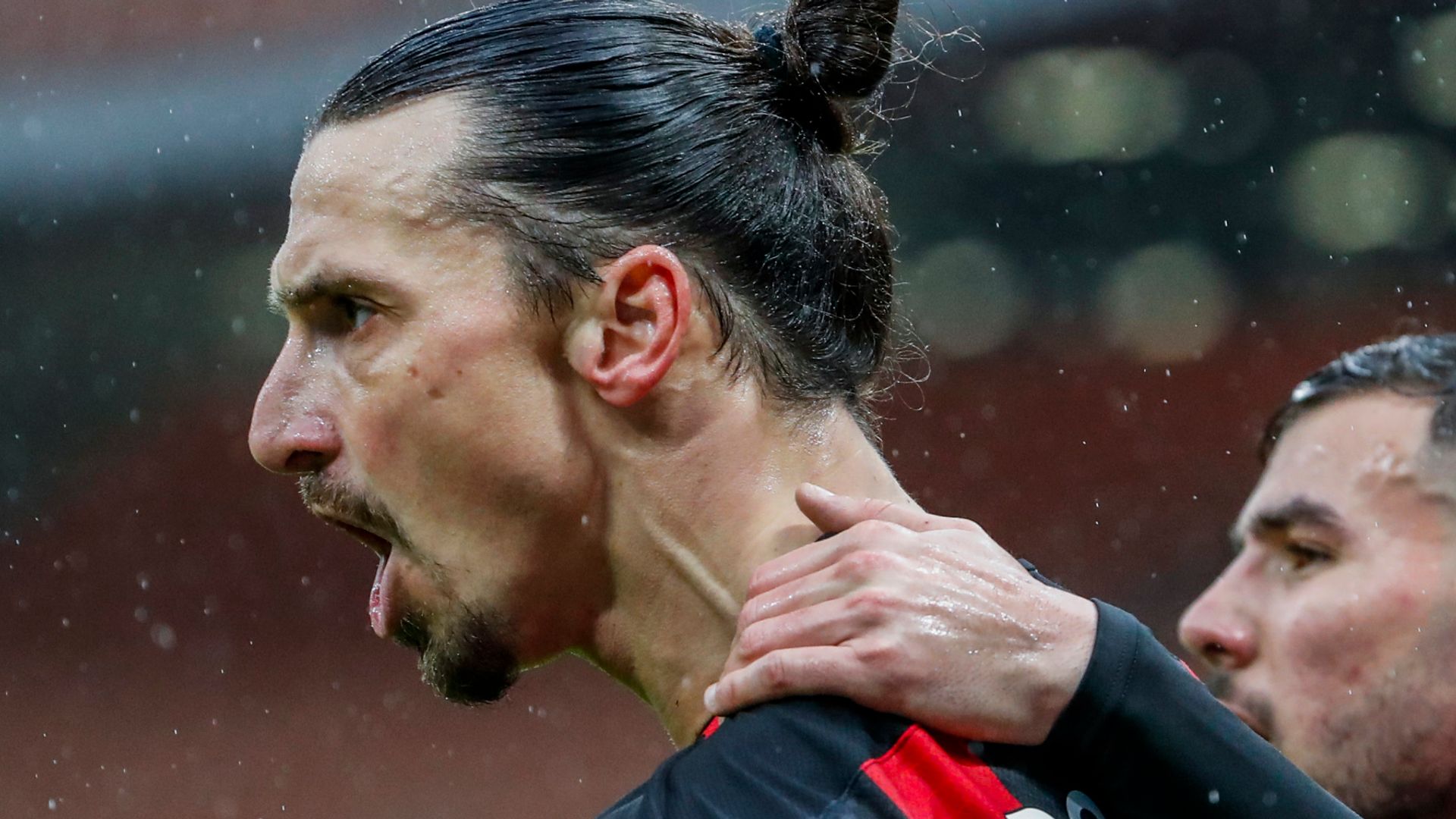 Zlatan Ibrahimovic took his tally to more than 500 club goals as he scored twice to help AC Milan beat Crotone 4-0 and move back top of the Serie A standings on Sunday.

Ibrahimovic fired Milan ahead in the 30th minute with his 500th club goal and extended that tally in the second half. Ante Rebic scored two goals in less than a minute shortly after.

Milan thought they had taken an early lead but Davide Calabria’s goal was disallowed as Ibrahimovic had been offside in the build-up.

But they broke the deadlock when Ibrahimovic played a one-two with Rafael Leo before placing an angled drive into the far corner.

Ibrahimovic’s 501st club goal was perhaps the easiest he has ever scored as he was left unmarked, six yards out, to tap in Theo Hernandez’s low cross.

Rebic then headed in Hakan Calhanoglu’s corner before firing home the rebound after Ibrahimovic’s effort had been parried by Crotone goalkeeper Alex Cordaz.

Jonathan David scored twice as Lille beat Nantes 2-0 away to claim their sixth consecutive victory and restore a two-point lead at the top of the Ligue 1 standings.

David scored early and late to put Lille on 54 points from 24 games, two ahead of Lyon and six ahead of third-placed Paris Saint-Germain, who travel to Marseille later on Sunday.

Nantes, who have now failed to win in seven games since coach Raymond Domenech took over this year and are on a 15-match winless streak since November 8, are 18th on 19 points

Aleksandr Golovin scored a hat-trick and set up the other goal as Monaco won 4-3 at Nimes for a seventh straight win in Ligue 1.

The midfielder put Monaco 2-0 up with identical-looking goals inside 11 minutes, ghosting to the back post to meet two crosses from the left by Fode Ballo-Toure.

Striker Wissam Ben Yedder had a goal disallowed soon after as Monaco made a rampant start, but their leaky defence allowed Nimes to get back in the game. Zinedine Ferhat set up Lucas Deaux and then scored himself to make it 2-2 after 30 minutes of a thrilling half.

Golovin restored the lead in the 61st minute when his free-kick went past everyone, including unsighted goalkeeper Baptiste Reynet, for his hat trick. He then played striker Kevin Volland through for the fourth. Niclas Eliasson pulled one back for last-place Nimes with a free-kick.

Elsewhere, Vitorino Hilton made his 500th appearance in Ligue 1 and the 43-year-old Brazilian finished on the winning side as Montpellier beat struggling Dijon 4-2. Hwang Ui-jo continued his good form with a second-half goal but it was not enough as Bordeaux lost 2-1 at Brest. Nice also beat Angers 3-0 and Saint-Etienne were 1-0 winners at home to Metz.

Filip Kostic steered Eintracht Frankfurt back into fourth in the Bundesliga with a 3-1 win at Hoffenheim.

Kostic scored one goal and set up the other two as Frankfurt stretched their unbeaten run to nine games and stayed one point ahead of Bayer Leverkusen in the last qualification place for the Champions League.

The Serbia midfielder broke the deadlock in the 15th minute, finishing off brilliantly from a difficult angle after being played down the left by Amin Younes.

Martin Hinteregger headed over shortly afterward as the visitors kept up the pressure. Hoffenheim could offer little in response.

Coach Sebastian Hoene reacted with two changes at the break, bringing on midfielder Pavel Kaderabek and striker Ihlas Bebou. The latter needed only a minute to equalize. Andrej Kramaric sent Bebou through and he eluded Makoto Hasebe then Hinteregger before shooting inside the right corner.

But Kostic was not finished. He sent in a free-kick for Evan Ndicka to head in the visitors’ second goal in the 62nd minute, just before he crossed for Andre Silva, who made it 3-1.

Elsewhere, Arminia Bielefeld and Werder Bremen’s match was called off hours before kick-off due to heavy snowfall.