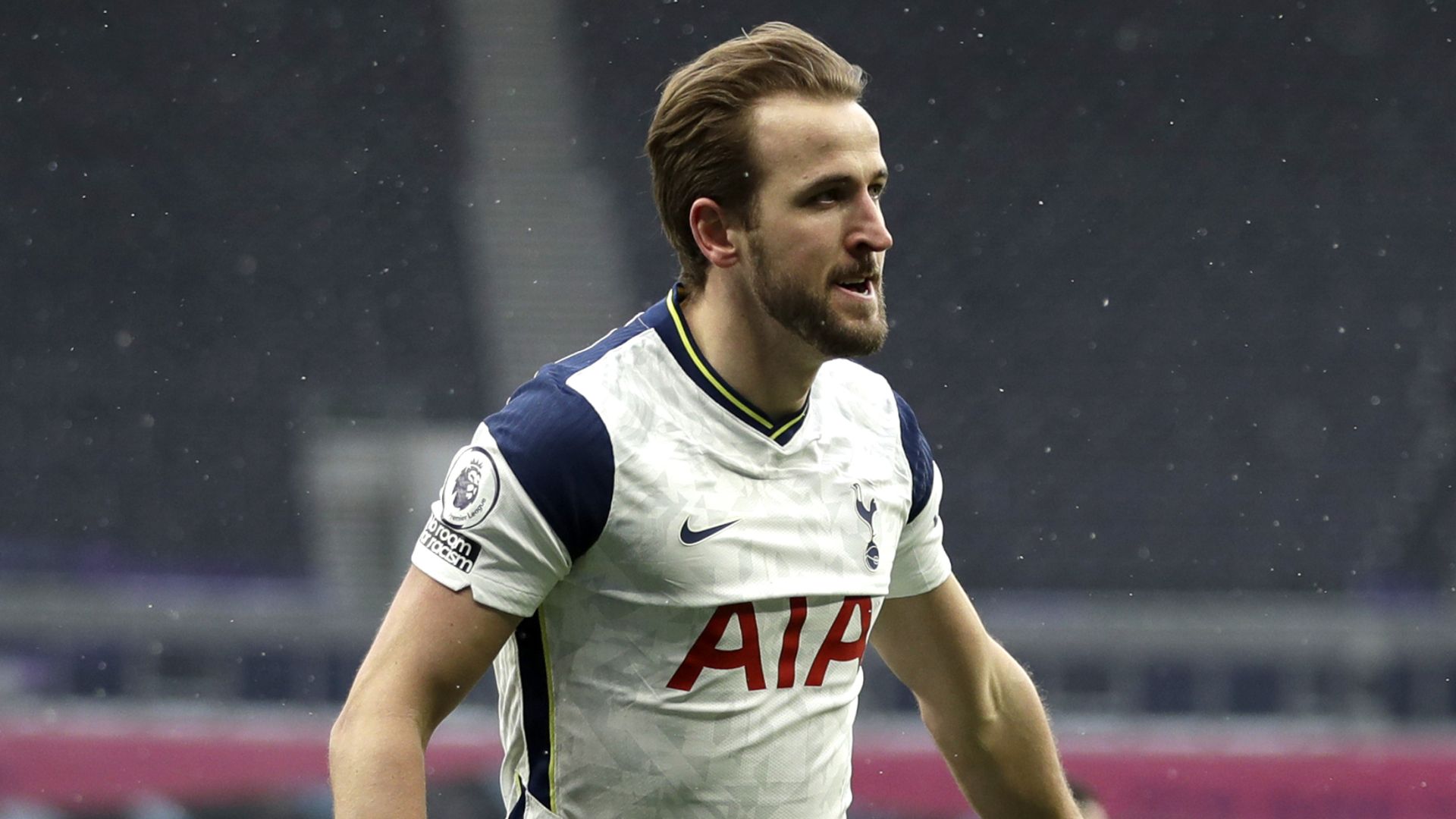 Ilkay Gundogan was quick to send out a light-hearted tweet about his awful penalty miss after his two goals had helped Man City bounce back from that setback to beat Liverpool 4-1 at Anfield and take a huge step towards reclaiming the Premier League title.

It’s easier to laugh about it now but when he joined Riyad Mahrez and Kevin De Bruyne on the list of City players who have recently let Liverpool off from 12 yards, he would have feared what the impact would be. The joy and relief in his celebration when he eventually netted the opener at the start of the second half told as much.

But unlike in the past, there was always a good chance Gundogan would get an opportunity to make up for the miss. Pep Guardiola’s tweak to his tactics to accommodate the absence of Sergio Aguero has changed Gundogan’s role from knitting together the play in the centre of the park to one which needs him to burst into the box as well.

It’s a shift the midfielder has embraced. His first goal on Sunday took him to 10 in all competitions this season, the first time he’s hit that milestone in one of Europe’s top five leagues. His total of nine Premier League goals is more than he’d managed in the past two campaigns combined.

That double against Liverpool came from within the six-yard box and were the kind of poaching finishes City would have missed without Aguero, while against Burnley in midweek it was his cross from the inside right channel for Raheem Sterling which covered the absence of Kevin De Bruyne.

Gundogan’s work at City has long gone under the radar. He almost made the headlines for the wrong reasons at Anfield but he’s turning into a match-winner for Guardiola now.
Peter Smith

What a return for Harry Kane. There were a few raised eyebrows when his name appeared on the teamsheet, it was thought he would be targeting a return for the midweek FA Cup tie against Everton, but it did not take long to see just how much Spurs have missed him.

The last two games without Kane have seen Spurs fail to win or score, mustering just 14 touches in the box against Brighton and 13 against Chelsea. With Kane back today, they had 21 in the first half alone. The striker had three glorious chances in the opening period too – hitting the crossbar, dragging a shot wide by inches and having an effort well saved by Sam Johnstone.

But as history has shown, it does not take long for Kane to rediscover his scoring touch after an injury break and he did just this shortly after half-time. It was a truly wonderful pass from Pierre-Emile Hojbjerg that Kane sent past Johnstone, which brought up his 20th goal of the season in all competitions.

He is also now joint-second in Tottenham’s all-time scorer list with 208 goals, level with Bobby Smith and 58 behind Jimmy Greaves. That record must surely be in his sights now.

After the game, manager Jose Mourinho said: “Harry’s is a special player and in the history of the club, he means a lot. He will beat every possible record.

“He’s one of the best strikers in the world, period. The team depends a lot on him, we cannot hide that. It’s the goal he can score, it’s the assist he can make, it’s the link-up play that he has, he’s that personality that the top players can have and he’s always a very important influence for us.”

With games against Everton, Man City plus a return to Europa League action to come in the next two weeks, Kane’s return could not be more timely. However, if he suffers another injury, Tottenham need to do more to perform without him.
Charlotte Marsh

Three vital fixtures on the horizon for Liverpool

February is always the make or break time of the season. It’s a time where teams get an idea of what and where they’ll be challenging for the next few months. Liverpool’s defeat to Manchester City has given them clarity in that regard as any hope of defending their title crown now look firmly in the bin. City have one hand on that particular trophy.

So, what now for Liverpool? Well, the next three games are going to be crucial in determining what trajectory Jurgen Klopp’s team will be taking between now and the end of the campaign. Next up is Leicester at the King Power Stadium. A team Liverpool currently sit three points behind and could be a major threat to the current Premier League champions’ place in the top four come the end of the season. That would have been unthinkable just a few weeks ago but losing three matches at home has a habit of significantly altering a team’s targets for a season.

A Champions League last-16 encounter RB Leipzig awaits after their meeting with the Foxes before Everton head to Anfield with eyes on making it four straight home defeats for Klopp.
Lewis Jones

Vardy return a boost for Leicester ahead of key Liverpool clash

It would have been a fitting way to mark his return – but Jamie Vardy couldn’t quite direct his late headed chance on target against Wolves on Sunday.

Leicester have missed their main man. They picked up a win at Fulham on Wednesday but they were held by Everton in the first game of his absence for groin surgery and beaten in the next by Leeds.

While he struggled to get involved during his half-hour cameo at Molineux, boss Brendan Rodgers will feel the run out will stand him in good stead ahead of next weekend’s big clash with Liverpool, with the midweek FA Cup tie with Brighton another chance to re-find his fitness.

Finding a way through this Wolves side, when they play a back three and a couple of sitting midfielders, is no easy task. There were a couple of crucial blocks from Jonny and Max Kilman which kept Leicester out but they really needed a moment of magic to make the breakthrough.

Liverpool are likely to be more adventurous at the King Power Stadium on Saturday, and with Vardy building his levels back up, the hope will be he can inspire them to an important win in their push for a top four finish.
Peter Smith

Nuno finds comfort in back five at Wolves

Even in victory against Arsenal on Tuesday, Nuno Espirito Santo must have been wincing at some of the chaotic defending during the first half at Molineux. Back at the same ground to face high-flying Leicester on Sunday afternoon, Wolves turned in a far more convincing performance.

Kasper Schmeichel’s save from Fabio Silva denied them the win, Jamie Vardy’s stoppage-time miss spared them defeat, but the biggest takeaway from this goalless draw is that Wolves look much more like their old selves. Back came the familiar 3-4-3 system and back too came Jonny Otto.

The wing-back has been out for six months and managed only the opening 45 minutes here – substituted in a pre-planned move – but the mere sight of the Spain international, probably Wolves’ most accomplished defender, will have been welcome for supporters longing for some stability.

There was a time in the autumn when Wolves were seeking to be more ambitious and throw a few more punches in boxing parlance. The switch to a back four reflected that desire but Nuno’s men became more open. Raul Jimenez’s injury left them on the ropes and now it is time to cover up.

Conor Coady and Max Kilman looked far more comfortable as part of a back three with Leander Dendoncker returning seamlessly to the back line. With Willy Boly and Daniel Podence now said to be out for the foreseeable future, Wolves’ problems are not over yet but the way forward is clear.

Perhaps there will come a time to re-examine the system that will allow for long-term growth but that must surely be a matter for July at the earliest. Rediscovering their old selves should be the extent of their ambition until then. Four points from two tough games feels like a useful step.
Adam Bate