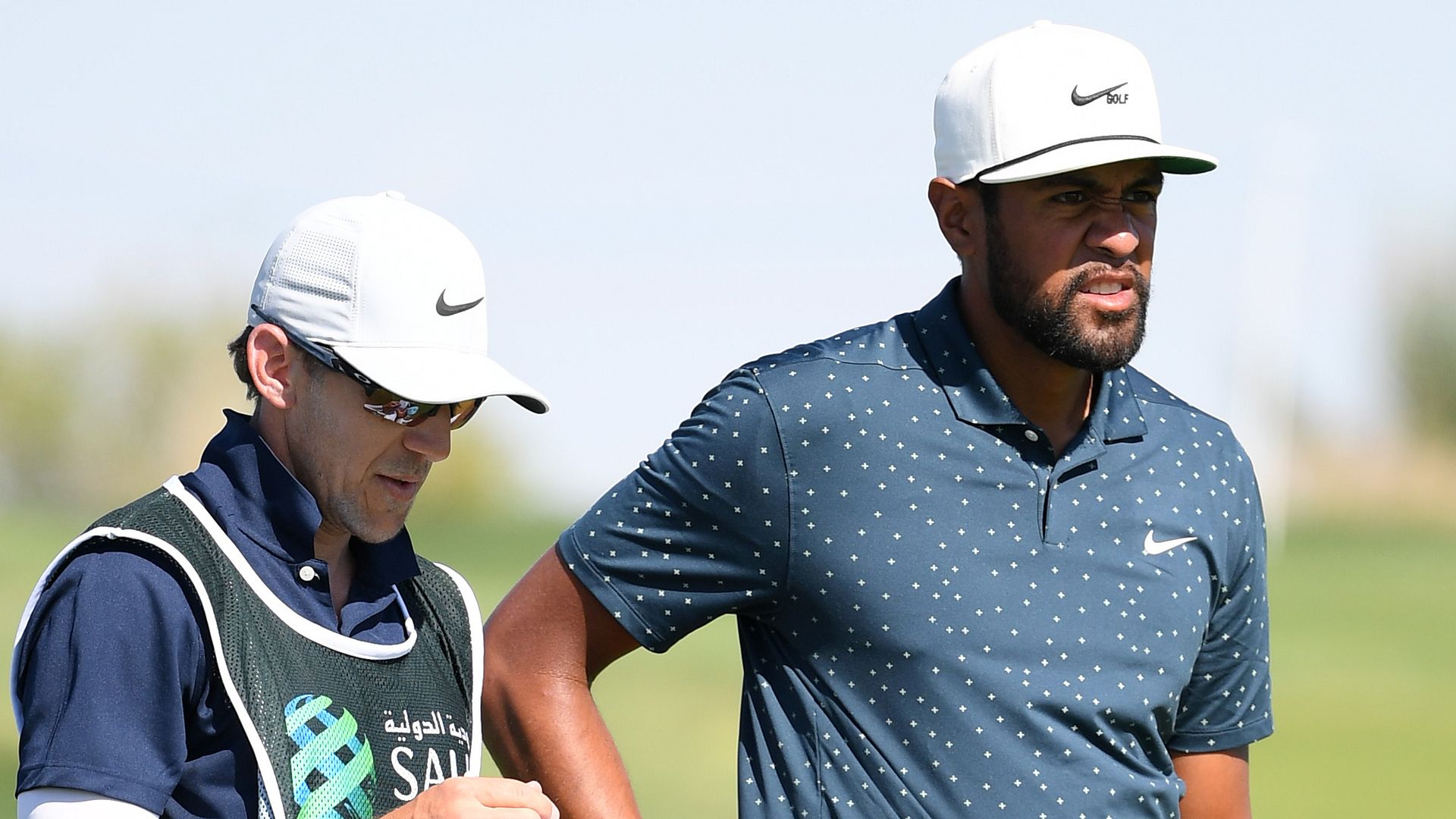 Tony Finau is without a worldwide victory since his maiden PGA Tour title at the 2016 Puerto Rico Open; world No 15 finished tied-second with Justin Rose at Saudi International, two strokes behind Dustin Johnson

Tony Finau believes a long-awaited return to the winner’s circle is getting closer after having to settle for a runner-up finish at Saudi International.

The world No 15 carded a final-round 67 at Royal Greens Golf and Country Club to end the week on 13 under and in tied-second alongside Justin Rose, as world No 1 Dustin Johnson claimed a two-shot victory.

Finau reached the turn in 34 and jumped into a share of the lead with three consecutive birdies from the 12th, only to slip out of contention with a three-putt bogey at the 16th and another dropped shot at the next.

The American, without a worldwide victory since claiming his maiden PGA Tour title in 2016, then birdied the last to secure his ninth runner-up finish since his most recent win.

“It’s nice to have the game in a good place early in the calendar year and get some confidence from that,” Finau said. “It was good going toe-to-toe with him [Johnson] down the stretch and I don’t think it will be the last time we’re going to run into each other.

Report and highlights from Dustin Johnson’s victory at the Saudi International.

“I was happy I was able to make a run there in the middle of the back nine. Unfortunately, a couple of bogeys coming in, but I know how well I’m playing and I’ve got to just keep positive.

“If I keep playing at a high level and give myself a chance to win, I just know it’s bound to happen. I think I’ve got to keep encouraged and as I mentioned, it’s really, really early in the calendar year. I’m just happy that I’ve got a few solid rounds under my belt early in 2021.”

Rose joined Finau in tied-second, with a bogey-free 65 on Sunday securing the Englishman a first worldwide top-10 since the PGA Championship in August.

“I’ve been working on a lot of stuff but really staying patient,” Rose said. “I haven’t been playing my best golf and it’s easy to get frustrated.

“I’ve kind of stayed with it, even though this three-week trip, it felt like it’s been slow going. Good golf hasn’t been rewarded and I’ve made silly mistakes. Momentum hasn’t quite been on my side yet, so to play a bogey-free 65 on a Sunday is something to take and fuel the upcoming run.”