Adrien Broner admires the current state of the lightweight division as much as anyone else in the sport.

Still, the idea that Ryan Garcia—or any of the other young guns at the weight—can blast out his stablemate, Gervonta ‘Tank’ Davis (24-0, 23KOs) inside of two rounds is too far-fetched for his liking.

“I like Ryan. It’s crazy that I gotta say some sh-t like this… but he must be on the same drugs that Oscar was on,” Broner quipped when the subject arose during the most recent edition of The Last Stand Podcast with Brian Custer. 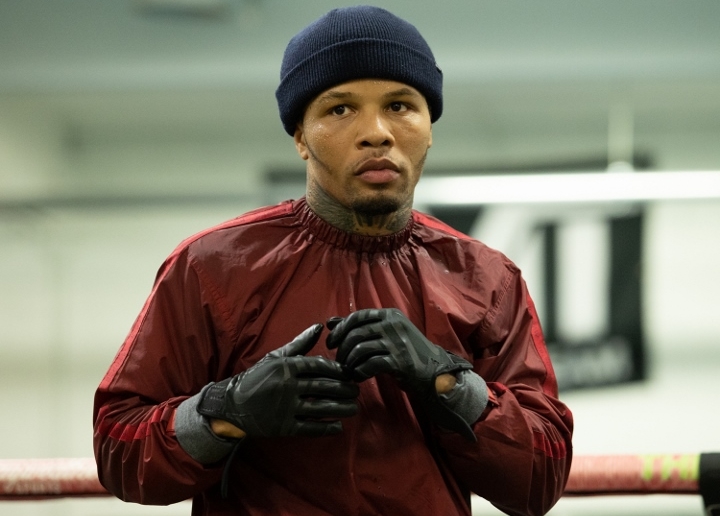 The vow made by Garcia (21-0, 18KOs) is one of many bold proclamations to come from the fearsome foursome in the loaded 135-pound division. The 22-year old Victorville, California product is joined at the top level by Davis, along with unified WBA/IBF/WBO titlist Teofimo Lopez (16-0, 12KOs), 23, and reigning WBC titlist Devin Haney (25-0, 15KOs), who is just 22 years old and entering his optimal prime.

Lopez is the reigning lineal champion in addition to holding most of the divisional hardware, though not automatically recognized as the best lightweight in the world. That matter will be settled once everyone is able to meet in the ring, with at least one vote being cast for Davis to emerge from the rubble.

“When you tell him to do certain sh-t, it’s like only God can give you that type of stuff. For me, it’s Tank.”

Cincinnati’s Broner (33-4-1, 24KOs) and Davis—Baltimore-bred and who also calls Atlanta home—have frequently trained together, as is currently and has been the case for the past several months in South Florida. Broner is currently training for a Feb. 20 Showtime headliner versus Jovanie Santiago.

Davis didn’t waste any time following his superstar-making 6th round knockout of Leo Santa Cruz last Halloween in San Antonio, returning to the gym soon thereafter to remain in shape for his next ring adventure. There is talk of the hard-hitting southpaw heading towards a potential blockbuster showdown with García, if not next then at some point in 2021.

The two have already made the rounds in hyping up the fight, which has dominated headlines perhaps even more so than Garcia’s breakout performance. The rising star claimed an interim lightweight title following an off-the-canvas 7th round knockout of England’s Luke Campbell on Jan. 2nd, a 2012 Olympic Gold medalist and former two-time title challenger who has for years served as a legit Top 10 contender.

It was enough to silence a lot of critics and also impress some of the industry’s more established talents—even those aligned with García’s divisional rivals.

“Hell of a fighter,” Broner said of Garcia, of whom he is admittedly a fan—outside of his aforementioned prediction for how things play out versus Davis. “Ryan… just put on a hell of a performance. I texted him and told him, ‘You [looked] good.’

“You got Teofimo who’s another great talent, a great guy. Devin Haney is another up and coming guy. The lightweight division is definitely on fire. I can’t wait to see when they start making those fights so I can watch.”