Berchelt is consistently listed as more than a 3-1 favorite versus Valdez, the number one contender for Berchelt’s WBC super featherweight title. Arum still senses complete confidence from Valdez, who is trained by Reynoso, renowned for his work with Mexican superstar Canelo Alvarez.

“Both of them are really confident,” Arum told BoxingScene.com. “Berchelt and his people are very confident. And Valdez only took the fight based on his advice from Reynoso, who’s a good boxing guy.” 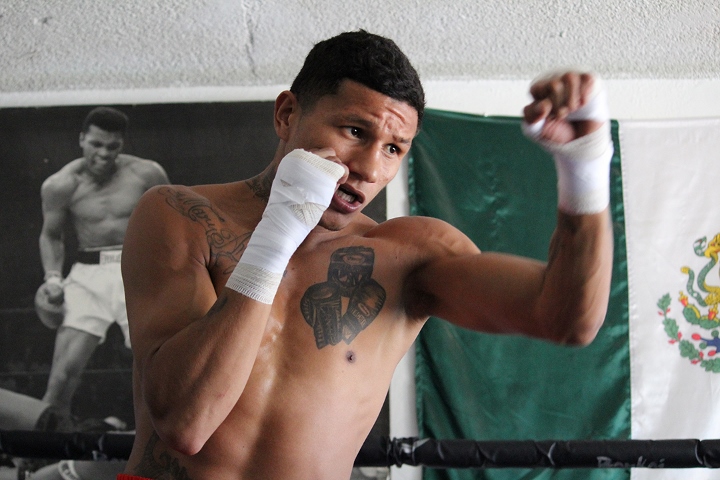 Arum, Valdez’s longtime promoter, knows Valdez is motivated by boxing fans who think Berchelt will walk through Valdez in their 12-round, 130-pound title fight February 20 at an undetermined MGM venue in Las Vegas.

“Mostly, [Valdez is] motivated by the fact that Eddy Reynoso has given him the key to victory over Berchelt,” Arum said. “Eddy has seen something in Berchelt that Valdez can exploit.”

Whoever wins, Arum anticipates fantastic back-and-forth action from two Mexican rivals who aren’t exactly known for their defense. The 89-year-old promoter can’t envision any scenario in which Berchelt-Valdez doesn’t amount to one of the most fan-friendly fights of 2021.

“It’s gonna be, even though this is only February, I am certain it will end up as a ‘Fight of the Year’ candidate,” Arum said. “I mean, how couldn’t it be with the way these guys fight? It’s not gonna be either fighter getting an award as the ‘Defensive Fighter of the Year,’ because they don’t know how to fight defensively. So, I look forward to a really great fight.”

Berchelt (38-1, 34 KOs) and Valdez (28-0, 22 KOs) were supposed to meet December 12 at MGM Grand Conference Center in Las Vegas. Their fight was postponed for two months because Berchelt contracted COVID-19.

Their rescheduled fight will headline a three-bout broadcast by ESPN next month. In the 10-round co-feature, Gabriel Flores Jr. (19-0, 6 KOs), a 130-pound prospect from Stockton, California, will oppose Puerto Rican veteran Jayson Velez (29-7-1, 21 KOs).