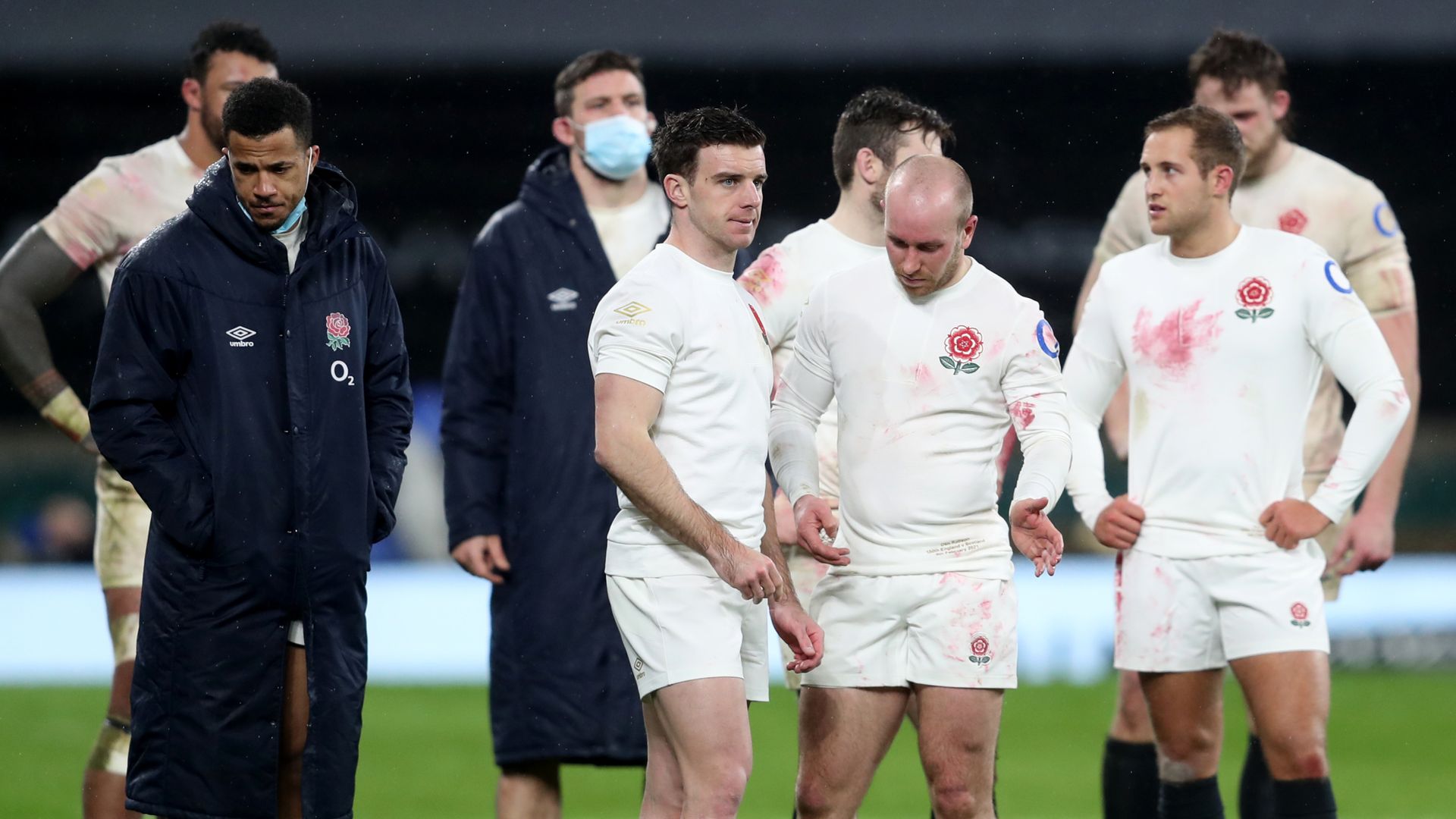 England were beaten by Scotland at Twickenham for the first time in 28 years; here is our look at how Eddie Jones’ men rated in the 11-6 defeat which saw them relinquish the Calcutta Cup

It was a chastening afternoon for England as they began their 2021 Six Nations campaign with an 11-6 defeat to Scotland.

The reigning champions struggled in many facets of the game as the visitors claimed their first win at Twickenham since 1983 to regain the Calcutta Cup.

Here, we look at how the starting XV rated in the defeat…

Elliot Daly: The full-back made a couple of runs, but otherwise was sluggish and off the pace. However, so were many of his team-mates. 5/10

Anthony Watson: The winger was left a spectator for much of the match and barely touched the ball out wide as England failed to fire a shot. 5

Henry Slade: One carry and one kick aside, it was a frustratingly quiet afternoon for the Exeter Chiefs man as Scotland were able to starve England of possession. 6

Ollie Lawrence: Handed his opportunity after some impressive displays at domestic level, the Worcester Warriors centre had to wait until the final quarter to get his first carry. 5

Jonny May: An electric player who was error-prone in this bitter defeat, spilling possession twice while trying to make catches which allowed Scotland to exert pressure. 5

Owen Farrell: Moved back to fly-half for this clash, the captain was unable to ignite England in any capacity and the game passed him by. 5

Ben Youngs: Showed some nice touches and made a couple of breaks, but there was little he could muster to affect the outcome of the game. 6

Ellis Genge: Time and again he carried into the blue wall of defenders. Battled hard, but could not stop Scotland getting on top at the scrum. 6

Jamie George: The hooker was below his usual high standards and it could be argued he was one of several Saracens players to feel the pace after two months of inactivity. 5

Will Stuart: Promoted to the starting XV with Kyle Sinckler suspended, Stuart was unable to seize his opportunity as Scotland dominated the set-piece. 5

Maro Itoje: Came up with a couple of charge-downs early on and threw himself into everything with his usual gusto. For a player of his stature, though, this was a disappointing day at the office. 6

Jonny Hill: Manned the barricades, but otherwise was unable to make much of an impression against a determined Scotland side. 5

Mark Wilson: Scotland’s back row dominated and Wilson toiled without reward. He was also shrugged off by Duhan van der Merwe as the winger powered over for his try. 6

Tom Curry: He showed plenty of willingness with the ball in hand, but it is difficult to remember England’s explosive flanker ever being so ineffective. 5

Billy Vunipola: The No 8 was sin-binned for a high tackle in the first half and he was clearly lacking in playing minutes. 5