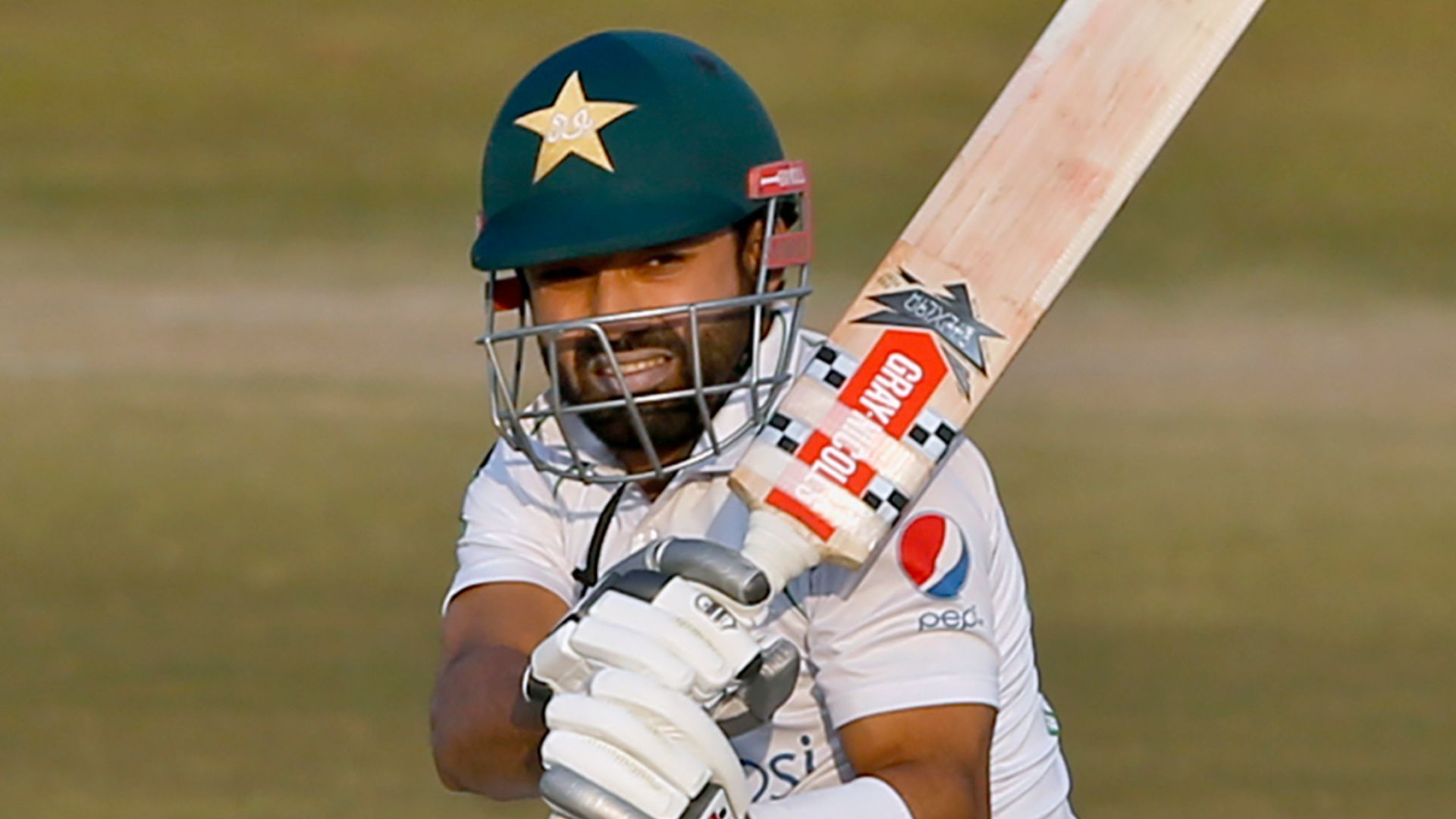 Pakistan close on 129-6 against South Africa to lead by 200 runs heading into day four of second Test; George Linde with three wickets as hosts slip to 76-5 before recovering; Hasan Ali earlier bagged five-wicket haul for Pakistan

South Africa left-arm spinner George Linde took three wickets to reduce Pakistan to 129-6 on day three of the second Test but the home side hold a lead of 200 in a finely-balanced clash in Rawalpindi.

Pakistan had been reduced to 76-5 in their second innings, a lead of just 147, with spinners Linde (3-12) and Keshav Maharaj (2-74) striking twice after seamer Kagiso Rabada (1-4) removed opener Imran Butt for a duck.

Linde dismissed Azhar Ali (33) and Fawad Alam (12), while Maharaj accounted for Pakistan captain Babar Azam (8) and Abid Ali (13) as the contest seemed to be swinging the Proteas’ way.

However, Faheem Ashraf (29) and Mohammad Rizwan (28no) put on 52 for the sixth wicket – after being dropped on nought and four respectively from successive deliveries.

Faheem was spilled by Dean Elgar at slip off Linde and then Rassie van der Dussen grassed Rizwan at silly point off Maharaj as the tourists twice spurned the chance to make it 76-6.

Linde had Faheem caught at backward point by Anrich Nortje late in the day but Pakistan – 1-0 up in the two-match series – looks as though they have the edge heading into day four.

Hasan Ali (0no) will resume alongside Rizwan, hoping to add runs to his five-wicket haul in South Africa’s 201 all out.

The Proteas resumed on 106-4 but lost captain Quinton de Kock (29) early as he chopped Shaheen Shah Afridi onto his stumps.

Temba Bavuma (44 not out) and Wiaan Mulder (33) put on 50 for the sixth wicket to put pressure back on the home side, but the latter was run out attempting an unnecessary second run.

Live coverage of the second Test between Pakistan and South Africa continues on Sky Sports Cricket from 4.35am on Sunday