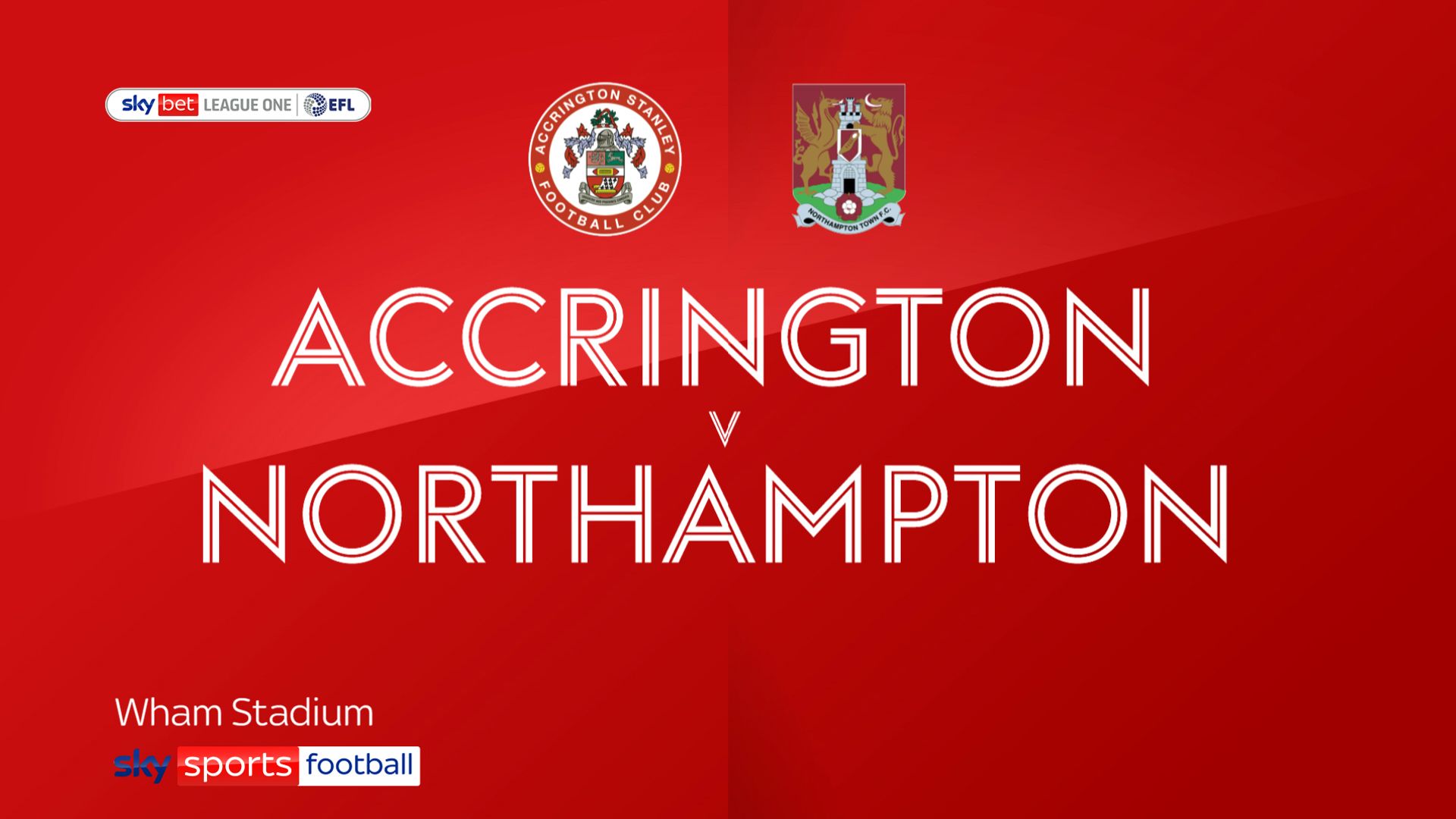 Joe Pritchard was sent off for Accrington Stanley as they played out a goalless draw with struggling Northampton.

After scoring six against Bristol Rovers in midweek, the promotion-chasing Reds drew a blank here and winger Pritchard saw red in the 85th minute for two bookable offences.

The Cobblers were the better team in the first half but have now not won in six league games.

In the opening minute, Jack Sowerby forced a strong save from Nathan Baxter while the Stanley loan keeper had to finger-tip over a Peter Kioso header.

Sam Hoskins just failed to get a touch to a dangerous Ryan Edmondson cross, while the Reds best chance before the break fell to Tuesday’s hat-trick hero Dion Charles but he fired into the side netting.

Clear-cut chances were limited after the break but a Pritchard backheel set up Colby Bishop in the area after 64 minutes, with his effort inches wide of the target.

Sowerby was a threat for Northampton and 10 minutes from the end his goalbound strike took a deflection.

Pritchard was booked in the 71st minute before a late challenge on Hoskins resulted in a red.