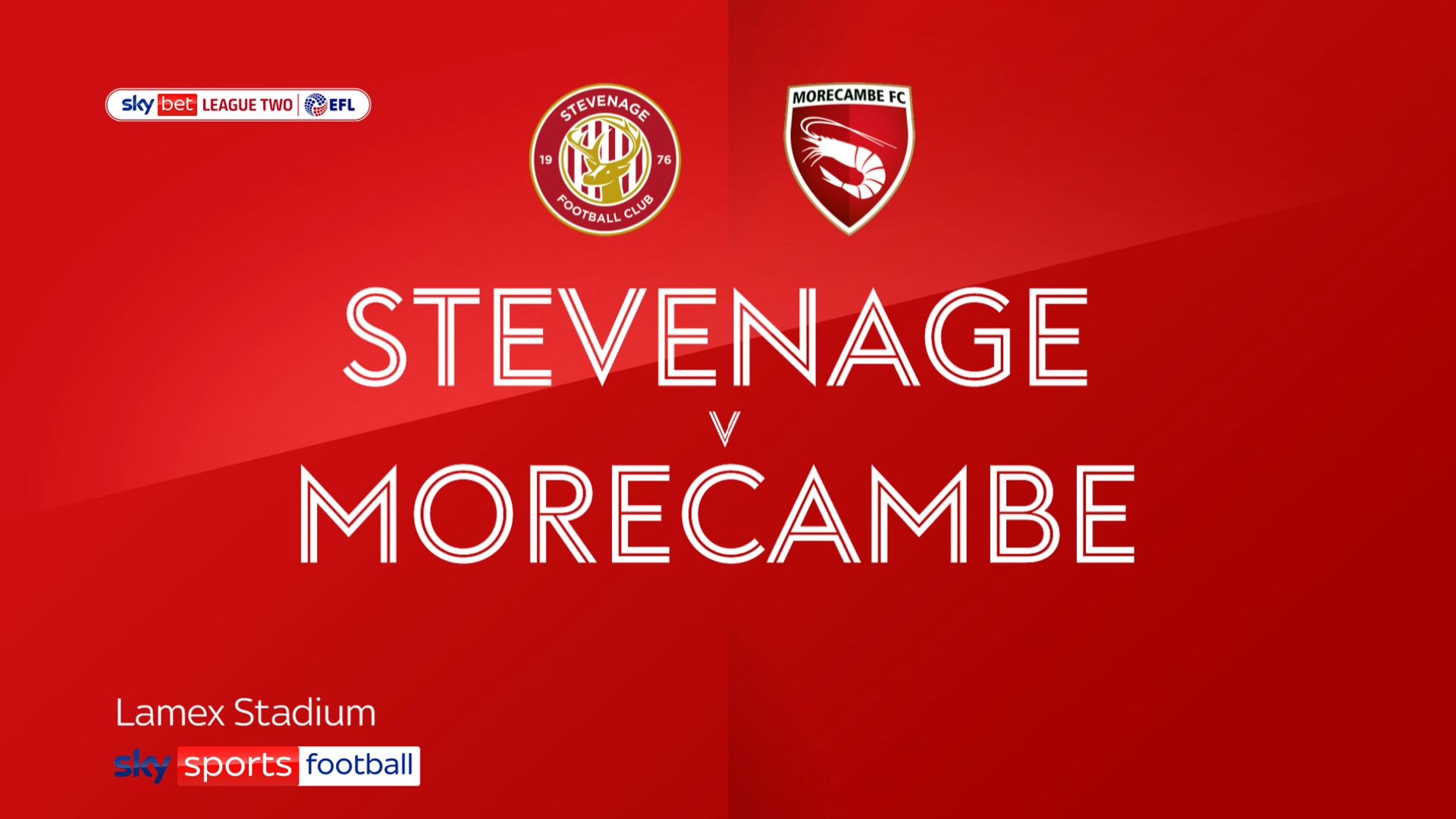 Luke Norris’ late header helped Stevenage come from behind to draw 2-2 with Morecambe.

Stevenage midfielder Elliott List opened the scoring on eight minutes as Morecambe’s defence cleared the ball straight to him on the edge of the penalty area and he smashed a low drive into the bottom left corner.

Morecambe equalised on 28 minutes when Stephen Hendrie broke down the left and pulled back a low cross to Toumani Diagouraga and the midfielder passed into the bottom right corner from 10 yards out.

The then took the lead four minutes later as John O’Sullivan played a cross-field pass to Cole Stockton, who raced into the box, cut back and hit an unstoppable strike into the top right corner.

Stevenage pushed forward in the second half and the equaliser finally came with 10 minutes remaining, as Norris rose highest at the back post to head a deflected shot into the bottom left corner. Morecambe keeper Kyle Letheren got a hand to the effort but couldn’t keep it out.