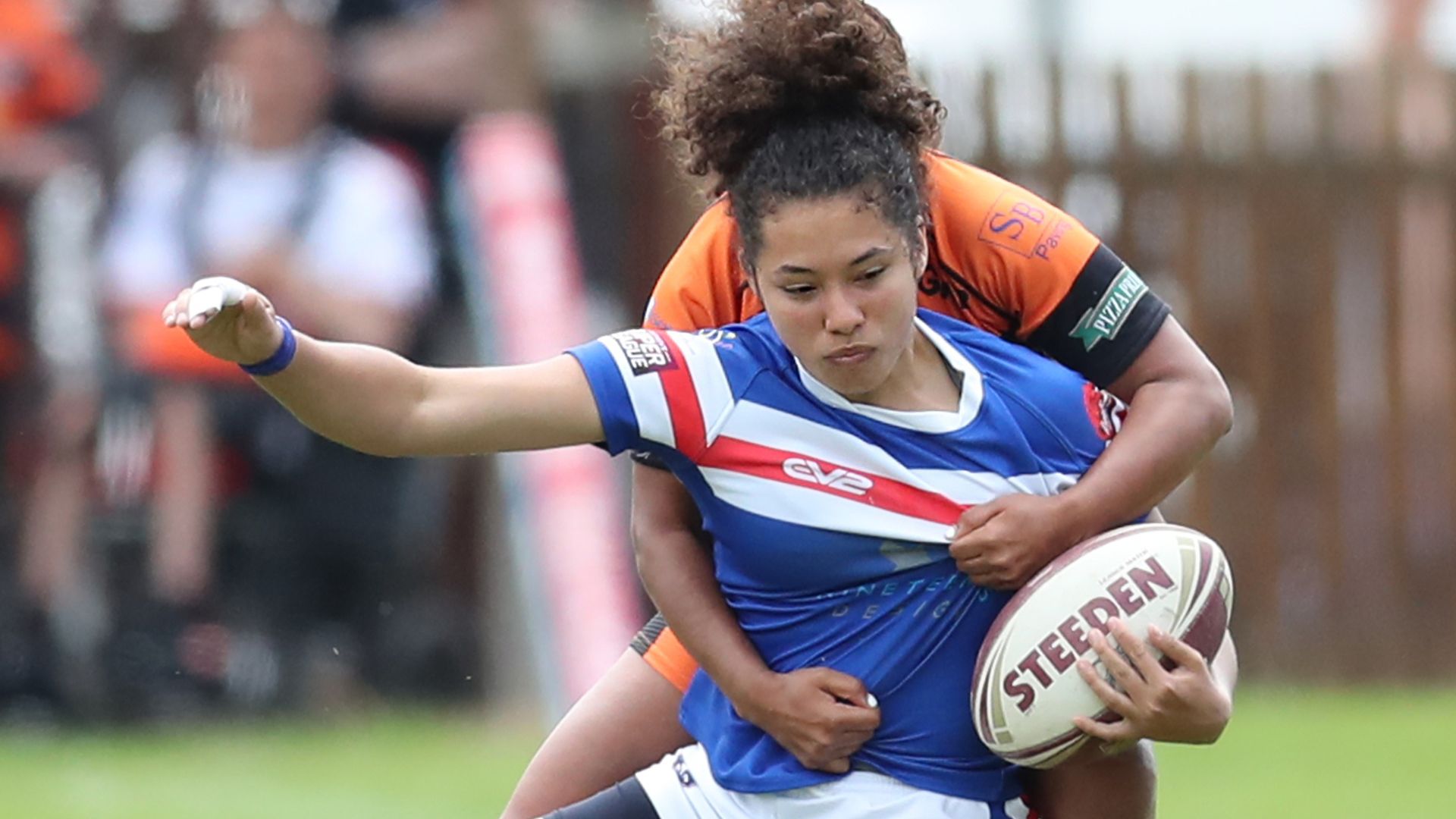 Tara Moxon, who has joined Leeds Rhinos from Wakefield Trinity for 2021 season, was born in Papua New Guinea and moved to England aged 12. “It’s made me really mindful and really empathetic to people of different heritages and people of different race and different skin colour,” she said

When the Women’s Super League season kicks off in 2021, one player worth keeping an eye on is Leeds Rhinos recruit Tara Moxon.

The 23-year old spent the best part of her teenage years playing rugby union, before switching codes in 2019 to join Wakefield Trinity, but in October last year the Rhinos managed to capture her signature.

Born to an English father and Papua New Guinean mother, Moxon was raised in East New Britain, a province of Papua New Guinea, but relocated with her sisters to England at the age of 12.

When speaking of her childhood and growing up in the Pacific nation, the Rhinos back described it as paradise.

She may have only spent the first 12 years of her life there, but Papua New Guinea is one of the most culturally diverse countries in the world, and it is a heritage Moxon is immensely proud of.

“It was the most magical upbringing I could ever imagine,” Moxon told Sky Sports. “Going to the beach two or three times a week, going fishing on Sunday’s, playing golf – it was really nice.

Unfortunately, not everyone Moxon has encountered has the same understanding and beliefs.

Since living in the United Kingdom, the full-back admitted to experiencing racism in rugby and being made to feel like she did not belong, and while she insisted that her race has not encumbered her development in rugby, she has witnessed it impact the futures of others.

“I think it could have easily done, but because of my personality and character of persevering and just for the pure love of the sport that it hasn’t done,” Moxon said. “I have seen it hinder other people’s career paths in rugby.

“It’s really to do with grassroots level rugby where there’s not much regulation on these types of situations and I remember the first team that I started playing with, I was the only person of colour there.

“It didn’t bother me too much, because I actually love rugby. We did manage to recruit some other women of colour and they just didn’t really last very long within the community. They were really good players.

“I think because the community felt a bit hostile to them and it just didn’t seem like a very inclusive environment. Microaggressions, unconscious bias depending on whether they were played or not, positions they were put in, they just didn’t want to play.”

Moxon explained that unconscious racial bias is prevalent among decision makers in rugby.

“Progression is hindered in players of colour, because blackness is often associated with speed but rarely with responsibility and skill,” Moxon said.

“Staff that have this unconscious bias tend to put these players on the wing. This means that black athletes are rarely given opportunities to play positions with responsibility, like half-back and can stunt their development.

“This is not uncommon in both rugby league and rugby union. But I would also say that I have experienced a different sort of racism than the one that people are probably more familiar with.

“But there is a different sort of racism, especially in this modern day and age, and that’s covert racism, so in the form of unconscious bias, in the form of microaggressions, and I would say I have experienced quite a bit of that.

Lawrence determined to make an impact

Huddersfield forward Michael Lawrence is determined that the RFL’s new inclusion board will have a positive impact on the game of rugby league.

“Constantly being reminded that I’m not from around here, I’m not English, I look different, I talk different, I’m not part of the team.

“More often than not, I’ve always been the only person of colour within the team, staff and players. So how can I address such an issue to someone who will probably not understand.”

The RFL is taking steps towards making rugby league more inclusive, including launching an inclusion board comprised of players and administrators, and are grateful for the input participants like Moxon have given them.

“Tara was one of the players who attended the listening sessions we arranged during the summer of 2020, and we are grateful to her and the others who contributed so honestly and generously,” an RFL statement read.

“Those sessions were key to us reformulating and relaunching the ‘Tackle It’ campaign against all forms of discrimination in the game – and to the formation of a new Inclusion Board.”

England Knights player Moxon is adamant more can be done to rid racial discrimination from the game, and it must start at grassroots.

“Grassroot levels are the levels that we welcome new players in, including players of colour, and those are make-or-break situations, whether that player is going to stay in rugby or not.

👏🏼 Our Player of the match chosen by @CTRLFCWomen was number 26 Tara Moxon, It was only Tara’s second rugby league game, switching from union she is an asset to the team, fully deserved today Tara well done, and what a lovely keepsake from @CTRLFC Women

“I’ve seen some talented players that are people of colour come in and because of the environment they leave.

“I think representation is really important, that goes without saying. I’m one of a handful of women of colour playing at the Super League level, which needs to change. There needs to be more role models that are women of colour.”

That is something Moxon hopes to achieve when she pulls on the famous Rhinos jersey later this year.

Kick It Out and Sky have launched a partnership to end racism in sport.