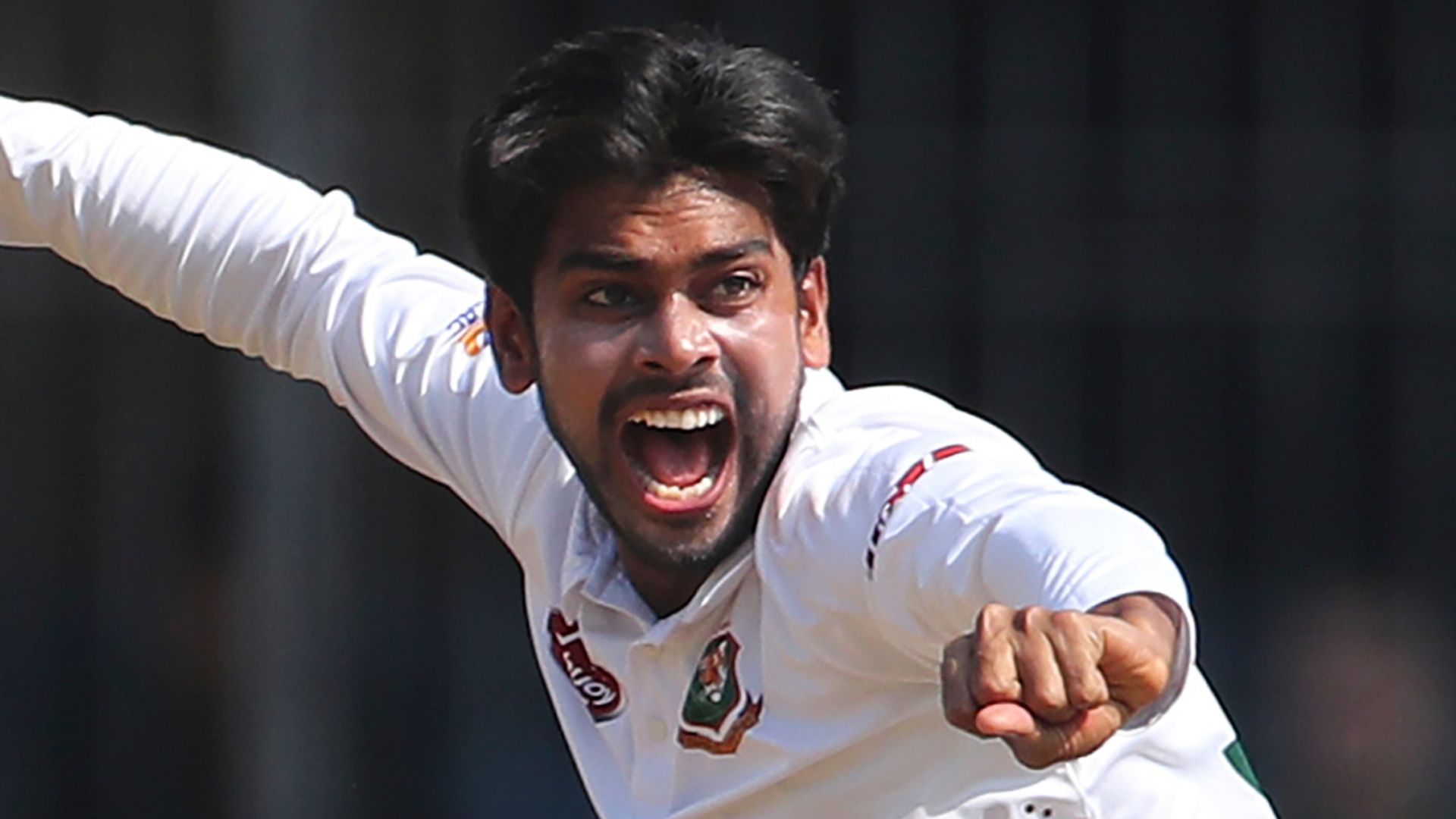 Bangladesh spinner Mehidy Hasan starred again in the first Test as his 3-52 left West Indies 110-3, chasing 395 to win after day four in Chittagong.

Mehidy – who scored a maiden Test century in Bangladesh’s first innings and then took 4-58 in West Indies’ opening knock – reduced the tourists to 59-3 on Saturday, by dismissing John Campbell (23), Kraigg Brathwaite (20) and Shayne Moseley (12).

However, an unbroken fourth-wicket partnership of 51 between Nkrumah Bonner (15no) and Kyle Mayers (37no) steadied West Indies and the visitors will require another 285 runs on the final day to win or, more realistically, bat out for a draw on a tricky pitch.

Bangladesh captain Mominul Haque (115) top-scored in his side’s second-innings 223-8 declared with his seventh ton in 19 Test innings in Chittagong.

Mominul’s 10th Test hundred in total is a new Bangladesh record – he now has one more than Tamim Iqbal (9) – while he has also become the fifth batsman from his country to pass 3,000 Test match runs.

Liton Das (69) added 133 with Mominul for Bangladesh’s fifth wicket – the only century partnership of the match so far.

Mehidy made only seven with the bat second time around but was in the thick of the action with the ball, starting when he pinned Campbell lbw on the sweep.

The off-spinner also pinned Moseley leg before, with those wickets sandwiching his dismissal of Brathwaite, who was caught at short leg by sub fielder Yasir Ali.

Mehidy was denied the wicket of Mayers when Mustafizur Rahman dropped a tough chance running back from mid-off when the batsman was on 28.

Bangladesh are operating without Shakib Al Hasan, who suffered a left thigh injury earlier in the game.