Maurice Hooker recalls a momentary lapse in focus costing him dearly during the sixth round of his fight against Jose Ramirez.

According to Hooker, briefly losing focus enabled Ramirez to hit him with the left hook that led to Hooker getting stopped while still standing in their 140-pound title unification fight in July 2019. The former WBO junior welterweight champion recognizes that he cannot afford to make a similar defensive mistake against an even more dangerous puncher March 20 at Dickies Arena in Fort Worth, Texas. 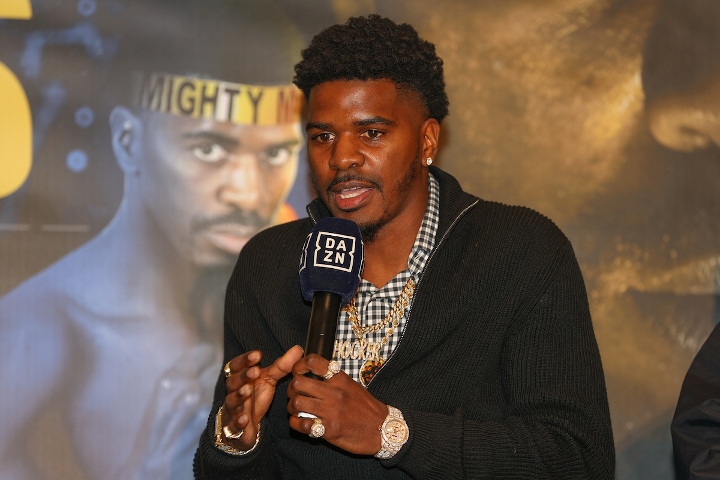 Vergil Ortiz has knocked out each of his 16 professional opponents and wants nothing more than to add an ex-world champion to his list of conquests. Hooker thinks he can out-box Ortiz and figures to approach Ortiz accordingly because he knows trading regularly with a younger, powerful welterweight wouldn’t be wise.

“I just gotta get in the ring and be smart, you know, do what I do best,” Hooker stated Friday during a virtual press conference to promote their fight. “And I know Vergil, he young, he hungry, and he coming with everything. And I just gotta be ready, 100-percent ready. You know, I can’t lose focus in this fight. I got my eyes on the prize, you know?”

Hooker has lost by knockout just once and remains in his physical prime. He has boxed less than one round in the 18 months since he suffered his lone loss to Ramirez (26-0, 17 KOs), yet he didn’t hesitate to take this difficult fight against an emerging star promoted by Oscar De La Hoya’s company.

DAZN will stream the Dallas-area showdown between Ortiz, of Grand Prairie, Texas, and Hooker, a Dallas native who resides in nearby Forney, Texas.