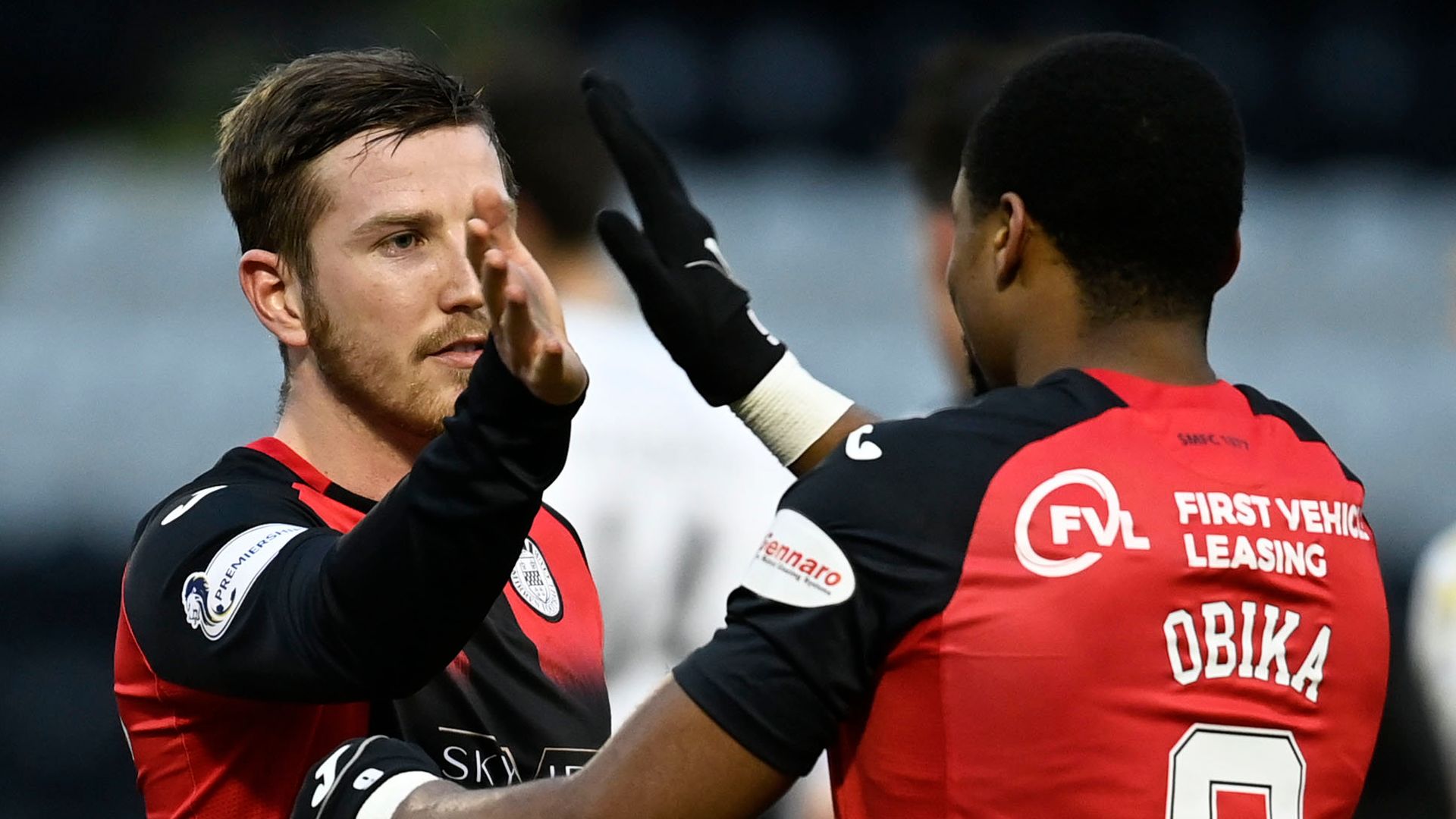 St Mirren midfielder Kyle McAllister fired his first goal in 21 months to heap fresh misery on managerless Kilmarnock with a 2-0 defeat in Paisley.

Killie are hoping to step up their search for Alex Dyer’s replacement this week and a new boss cannot come quick enough for the rudderless Rugby Park outfit.

McAllister – who last struck for Saints against Hamilton back in May 2019 – ended his scoring drought to head home the opener late in the first half.

Jon Obika sealed the win on the hour mark to strengthen the Buddies’ top-six hopes. But Kilmarnock remain a team in free fall. Sitting just a point above the drop zone, they have now lost 10 of their last 13 games.

Caretaker boss James Fowler is doing the best he can but without fresh direction the Ayrshire outfit’s 28-year run in the top flight will be under serious threat.

Fowler – who handed first starts to January signings Zech Medley and Brandon Pierrick – tried to make the most of the swirling wind round Paisley by instructing his team to go direct.

Lyness was almost caught out on a couple of occasions as he was twice forced to sprint out his box and head away a bouncing ball while Danny Whitehall dragged wide after a shaky clearance from Joe Shaughnessy. But the conditions did not seem to bother Saints, who were perfectly happy to keep the ball on the deck.

Marcus Fraser worked a sharp one-two with Richard Tait as he the centre-back burst into the box. But, before he could pull the trigger, Alan Power slid in from nowhere to execute a perfectly-timed tackle which took both man and ball.

McAllister then darted across the front post to meet Tait’s cross but it was a wild effort from the former Derby man. However, there was no denying the quality of his next attempt as the Buddies struck seven minutes before the break.

Obika did brilliantly to swivel away from three Killie players in the centre of the pitch before Jamie McGrath sprayed the ball out to Ikay Durmus.

The Turkish winger charged forward down the line before delivering a beauty of a cross for McAllister, who crept past the sleeping Brandon Haunstrup to head home.

Killie had Colin Doyle to thank for not being two down at the break.

McAllister slid in McGrath, who burst past Medley before firing straight at the on-rushing keeper. The ball broke back to the Saints midfielder but his legs gave way as he went to tap home the rebound.

Jim Goodwin copped a booking from referee John Beaton after 59 minutes after over-stepping the mark with his appeals for a penalty. Alan Power certainly had his hand on Obika’s shoulder but the striker made a meal of his fall. However, the Saints boss need not have worried as his team did grab a second two minutes later.

Killie failed to clear their lines after a Tait cross and when Power got the ball stuck between his legs, Obika was in quick to rob the Irishman and batter past Doyle.

Tait played a key role at the back to preserve his team’s clean sheet with back-to-back blocks as Power tried to redeem his mistake.