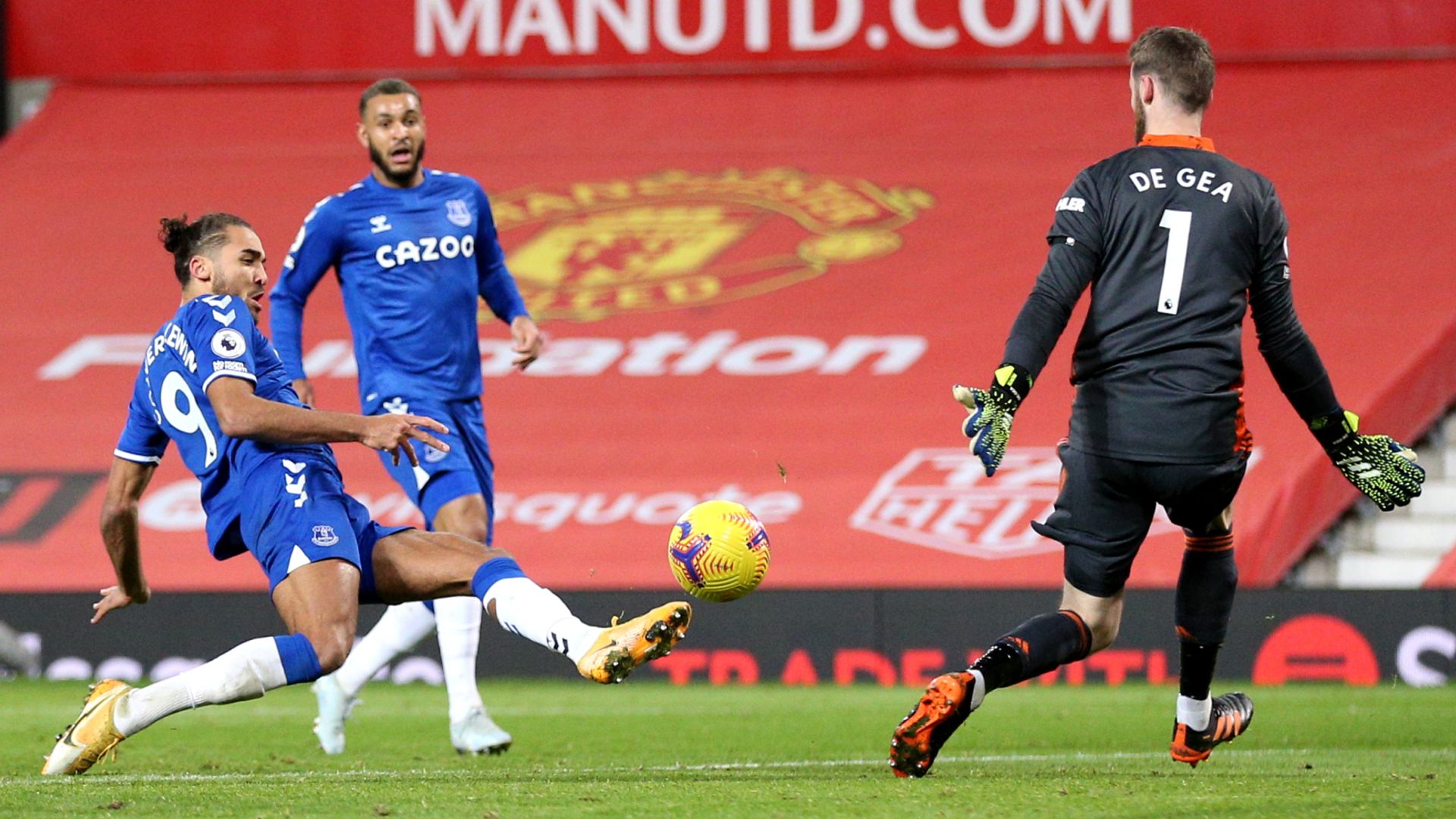 Dominic Calvert-Lewin’s 95th-minute equaliser ensured a second sensational comeback for Everton at Manchester United in a 3-3 thriller at Old Trafford.

Carlo Ancelotti’s side had already clawed their way back from a 2-0 half-time deficit with two goals in three minutes at the start of the second half from Abdoulaye Doucoure and James Rodriguez, but Scott McTominay’s flicked header looked to have won it for Manchester United.

But, with the final kick of the game, Calvert-Lewin slotted past David De Gea after Lucas Digne’s free-kick caused chaos in the United area.

United – who seemed in cruise control after Edinson Cavani and Bruno Fernandes had put them two up at the break – missed a chance to go joint-top of the Premier League table as a result and now sit two points behind Manchester City, who have two games in hand on their neighbours and play Liverpool live on Sky Sports on Sunday afternoon.

Everton, meanwhile, are seven unbeaten away from home and move up to sixth in the table.