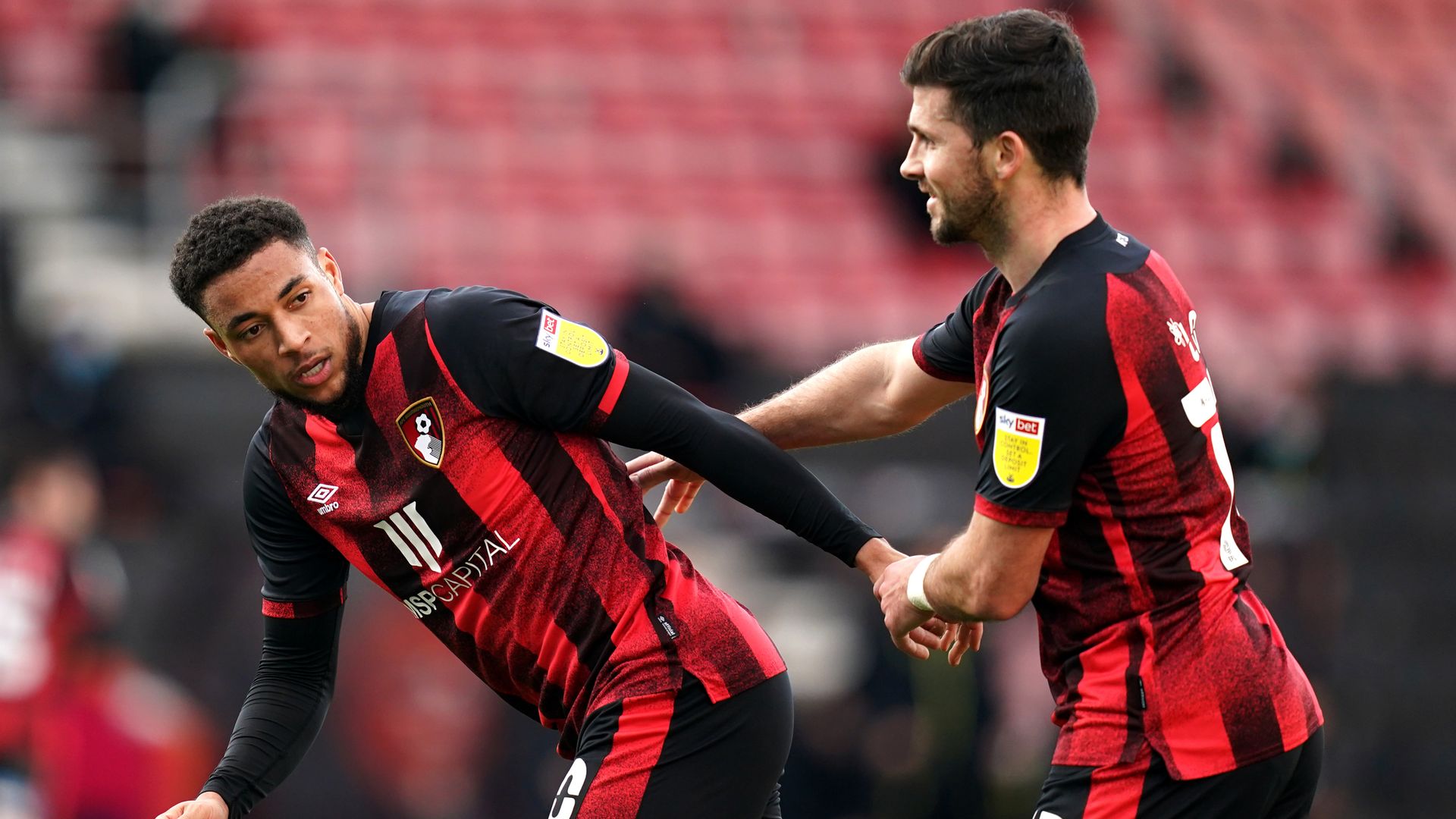 Jonathan Woodgate’s spell as caretaker manager at Bournemouth got off to a thrilling start with a 3-2 home win over lowly Birmingham.

Jack Wilshere scored one and made one with Arnaut Danjuma and Philip Billing also on target for the Cherries, who remain in the final play-off place.

It was perhaps a little tough on Aitor Karanka’s side who were the better team in the first half with Scott Hogan scoring both of their goals, though the Blues remain in the bottom three.

Early on at The Vitality, the pattern of play for Bournemouth was unchanged, even if there was a new voice in the dugout with Woodgate replacing Jason Tindall who was sacked on Wednesday.

Bournemouth had plenty of the ball, didn’t do anything dangerous with it and Birmingham had all the best chances.

The Blues’ best opening came when Lewis Cook dallied, Jeremie Bela robbed him and shot at goal. Asmir Begovic saved well, the ball fell to Ivan Sanchez and his strike was brilliantly headed off the line by Steve Cook.

A minute later, Ivan Sunjic called Begovic into action again with a crisp low strike which the Cherries keeper pushed away.

But Begovic was at fault for Birmingham’s opening goal in the 27th minute. Gary Gardner’s low cross ought to have been routinely gathered but the keeper made a mess of it and Hogan pounced on the rebound.

Karanka’s side had the ball in the net again a moment later with full-back Kristian Pedersen scoring brilliantly with a volley before the offside flag went up.

Speaking after his final game in charge, Tindall had said the confidence was low.

But Bournemouth were level nine minutes later after a brilliant turn and pass from Wilshere set Danjuma free and he stepped inside George Friend to finish into the far corner.

Shane Long was making his Bournemouth debut after joining on loan from Southampton at the end of the window.

He was denied at the start of the second half by a brilliant challenge from Friend before he headed David Brooks’ corner wide of the post moments later.

The Cherries led for the first time in the match just past the hour mark when Wilshere put the finishing touch on a flowing team move.

Lloyd Kelly got things going with a well-timed challenge before Brooks and Danjuma continued the move upfield.

Adam Smith received the ball on the right and he carefully picked out Wilshere, who timed his jump to perfection to head into the far corner.

It looked as though Bournemouth would ease to victory from that point and Long soon struck the post as they pressed forward once more.

But once more they were undone by more hapless defending as Sanchez was given time to cross to the near post where Hogan headed in unmarked seven minutes later.

Poor defending at both ends was making this an open, entertaining game and Bournemouth scored a third when Danjuma fired a free-kick to the far post where Billing scored off the post 13 minutes from time.