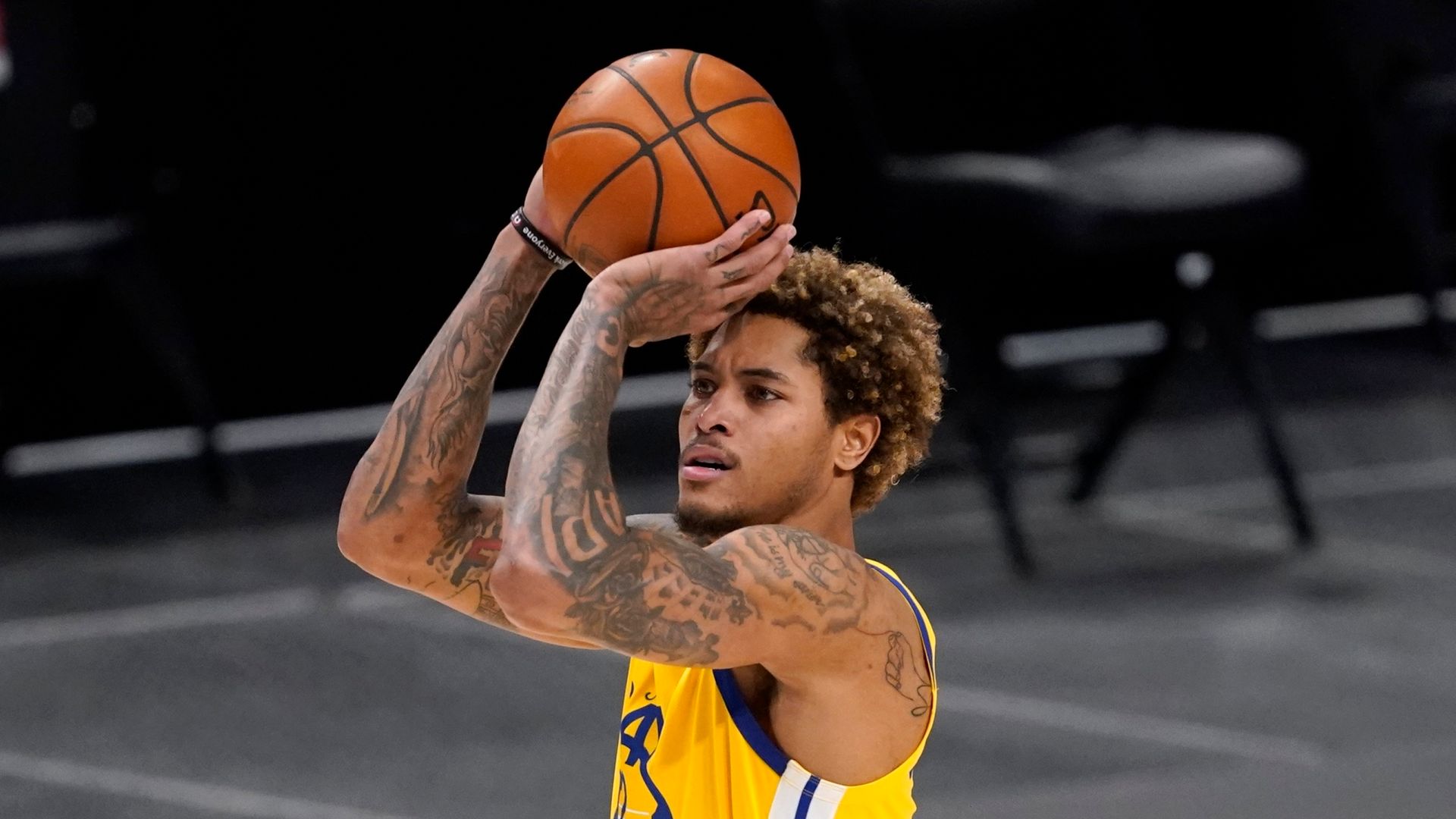 Oubre hit 14 of 21 shots and seven of 10 from three-point range en route to topping the 39 points he had for Phoenix against Houston last February.

Acquired by Golden State in a trade this past offseason, Oubre had never scored more than 23 points for the Warriors and had never had more than four three-pointers for his new team.

Stephen Curry chipped in with 28 points and six assists in 30 minutes for the Warriors, who suited up only nine players, missing their three tallest – James Wiseman, Kevon Looney and Marquese Chriss – and forward Eric Paschall due to injuries.

Kristaps Porzingis, who at 7-feet-3 stood eight inches taller than any Warrior in uniform, had 25 points for Dallas. Luka Doncic paced the Mavericks with 27.

After they had used 18-for-36 shooting on three-pointers to stay close well into the third period, the Mavericks made only two of their last 15 attempts, allowing Golden State to pull away.

Golden State’s big push came after a Porzingis hoop had tied the game at 89 in the sixth minute of the third quarter. Curry then contributed six points to a 21-6 flurry that opened a 110-95 lead with 1:39 left in the final period.

Andrew Wiggins finished with 18 points, Juan Toscano-Anderson 14 and Draymond Green 11 to complement six rebounds and a game-high 15 assists for the Warriors, whose entire starting five scored in double figures.

Tim Hardaway Jr. had 19 points and Jalen Brunson 18 for the Mavericks, who were playing the second night of a back-to-back.

The meeting was the first since Dallas swept the season series from Golden State last year, winning three games by an average of 31.7 points. They romped by 48 points the last time the clubs had met in Dallas in November 2019.

The Western Conference playoff hopefuls will meet again in Dallas on Saturday.

LeBron James had 27 points, 10 rebounds and 10 assists, and the Los Angeles Lakers used a second-half turnaround to defeat the visiting Denver Nuggets 114-93.

Jamal Murray scored 20 points and Monte Morris had 16 for the Nuggets. JaMychal Green scored 12 of his 14 points in the first half. Denver’s Nikola Jokic had a subpar performance, scoring 13 points on 6-of-16 shooting while adding 10 rebounds and six assists.

The Nuggets led 58-46 at halftime, but a 13-6 run to open the third pulled the Lakers within five after James scored on a driving layup less than four minutes into the quarter. However, Denver maintained the lead until James hit a turnaround jumper with 1:39 remaining in the third to Los Angeles up 76-75.

A three-pointer by Kuzma, a dunk by Harrell and a layup by Horton-Tucker capped a 15-0 Los Angeles surge, and the Lakers held a 83-75 edge heading into the fourth.

With the 12,682nd bucket of his career, @KingJames passes the legendary Wilt Chamberlain for 3rd-most made field goals in league history. #NBAAllStar

Enes Kanter contributed 17 points and 18 rebounds, Rodney Hood added 16 points, CJ Elleby had 15 and Anfernee Simons 14 for the Trail Blazers, who began the night with only nine available players.

We might move up to 22nd in the league in Defense after this outstanding performance !

Philadelphia’s Ben Simmons was a late scratch due to a sore left calf. Seth Curry was scoreless in 12 minutes and then did not return because he was reportedly ill.

The 76ers had their four-game winning streak snapped, and fell to 10-2 at home.

Utah’s Jordan Clarkson came off the bench to score 23 points and the visiting Jazz whipped the short-handed Atlanta Hawks 112-91 for their 13th win in the last 14 games.

Clarkson matched his season high with five three-pointers and had seven rebounds.

Four of his team-mates also scored in double figures – Bojan Bogdanovic with 21 points, Donovan Mitchell with 18, Rudy Gobert with 11 points and 12 rebounds and Mike Conley with 11.

Utah swept the season series and have won the last three meetings against Atlanta.

The Hawks were playing without their two leading scorers. Trae Young sat out with a bruised right calf, the result of getting kicked in Wednesday’s game against Dallas. De’Andre Hunter missed his third straight game with right knee discomfort.

John Wall scored 22 points, Eric Gordon added 20 points and rookie Jae’Sean Tate chipped in a career-high 19 as the Houston Rockets rolled to a 115-103 victory over the host Memphis Grizzlies on Thursday.

Houston rebounded from a rough perimeter shooting performance Wednesday against the Oklahoma City Thunder by drilling 19 of 45 three-point attempts to outflank the Grizzlies, who took their second consecutive loss following a seven-game winning streak.

The Rockets led by as many as 25 points and cruised to the win despite losing starting center Christian Wood to a right ankle injury in the third quarter.