As BoxingScene.com previously reported, Munguia has a backup plan – should the Golovkin talks fall out – by taking a fight in the month of April.

The young Mexican had tried to get Golovkin in 2018, with the Nevada State Athletic Commission rejecting the fight – because they felt Munguia lacked the necessary experience to face a world class fighter. 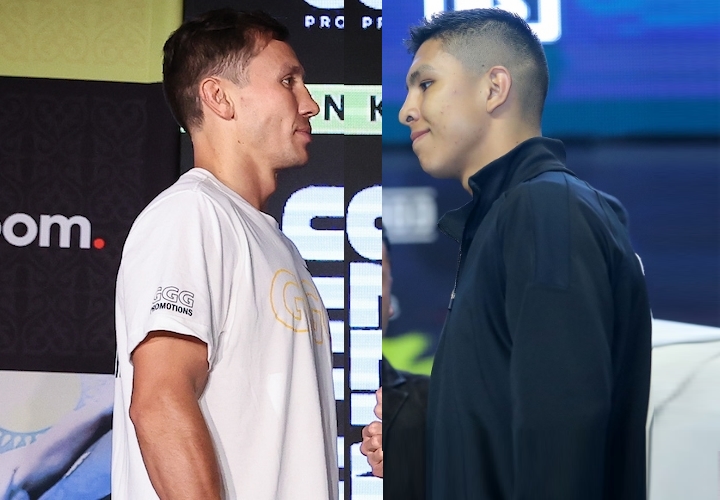 Munguia’s co-promoter, Fernando Beltran of Zanfer Promotions, cautions that his boxer will not wait around forever for Golovkin.

“Munguia with Golovkin is a fight that I like a lot , we are looking for it, but in the event nothing is achieved – we will fight in April. We are not going to wait around until they say [they want to fight],” Beltran said to ESPN Deportes.

“For a long time [the fight] has reminded me a bit of when Erik Morales dethroned Daniel Zaragoza to reach stardom. Jaime has everything to be a star and that is why we seek to keep him active and improving, he is the champion of the people for his dedication in the ring and his spectacular style.”

At 24, Munguia has an impressive record of 36-0 record with 29 knockouts, including six championship fight victories. One of the names mentioned, in addition to Golovkin (38 years old and 41-1-1 record and 36 knockouts), is the Kazakh fighter Kanat Islam, 36 years old and 27-0 with 21 knockouts.

Golden Boy Promotions, who also co-promote Munguia, are fully on board with securing Golovkin for the Mexican boxer.