Mayweather was scheduled to face older brother Logan Paul in an exhibition fight on February 20th, in a pay-per-view main event. The contest was officially postponed, with a new date being worked on.

The Hall of Famer retired from boxing in August 2017, with a perfect record of 50-0, when he stopped UFC superstar Conor McGregor in ten rounds. 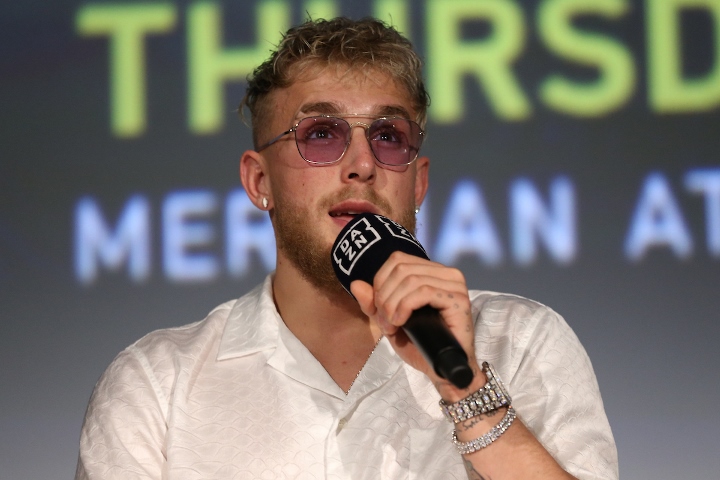 Mayweather had another exhibition fight scheduled to take place, against an unnamed opponent, on February 27 at the Tokyo Dome in Japan – and that event was also pushed back, due to the coronavirus pandemic.

Jake Paul (2-0, 2 KOs) is set to fight MMA veteran Ben Askren in a sanctioned boxing match on April 17, on pay-per-view.

“But, I’m not doing the exhibition sh-t. It doesn’t interest me. Those are like fake patty-cake fights.”

Jake Paul found it strange that Mayweather has yet to face older brother Logan and is already calling out several future opponents for exhibition fights – including rapper 50 Cent.