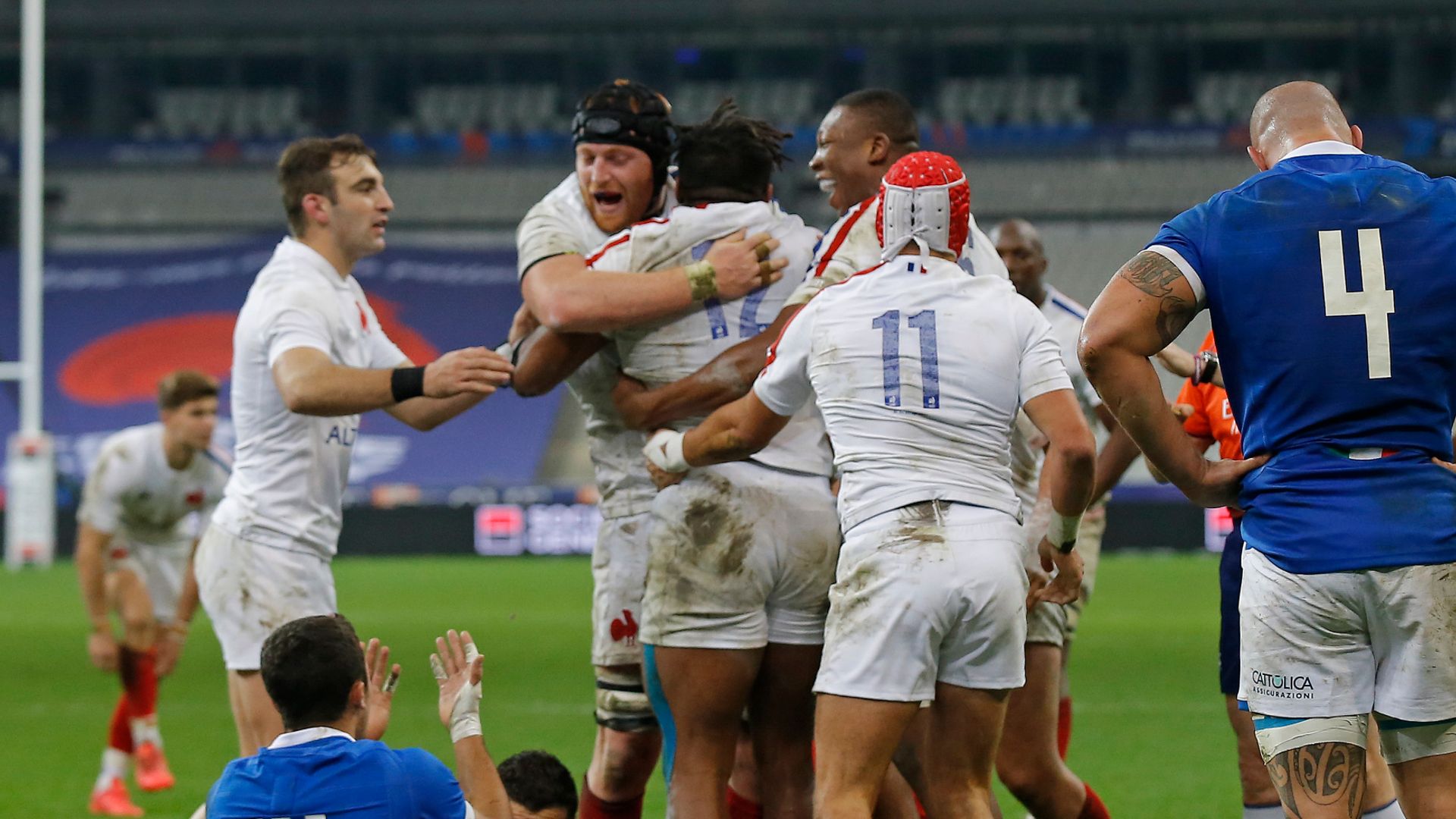 Italy have not beaten France since 2013, but are looking to the future under head coach Franco Smith with a youthful side; The visitors come into the clash in Rome as one of the favourites to be crowned this year’s Six Nations kings

Italy and France get the 2021 Six Nations underway in Rome on Saturday at 2.15pm UK time, with the visitors among the favourites to lift this year’s title.

The home side, meanwhile, have previously beaten France twice but the last of those wins came eight years ago and not much is expected to change at the Stadio Olimpico this weekend.

That will not dent Italy’s belief they can kick off a new era for the team, though, and ahead of the clash, we take a look at some talking points and team news…

Italy have a long tradition of players born in Argentina starring for the national team, with icons like Diego Dominguez – the poster-boy of Italian rugby in the 1990s – former Leicester Tigers prop Martin Castrogiovanni and arguably their greatest-ever player Sergio Parisse being three of them.

The latest to follow in those illustrious footsteps is Juan Ignacio Brex, who is set to win his first cap for the Azzurri when they take on France in Rome in the first match of this year’s Six Nations.

At 28, the Buenos Aires-born centre is something of a latecomer to the Italian international set-up, having represented Argentina’s U20 and sevens teams prior to moving to Italy six years ago where he now plays for PRO14 side Benetton.

Nevertheless, if Brex can have anywhere near the impact of some of those who have gone before him then he will be a welcome addition to what is a relatively youthful and inexperienced side named by head coach Franco Smith.

“We will face with courage the France that showed its qualities during the last Six Nations and the Autumn Nations Cup,” Smith said, adding: “We follow our growth process to continue introducing the new generations.”

Can Les Bleus lay down a marker?

After some tough times during the last decade, there is a sense of optimism around the France team again and a genuine belief they can lift the Six Nations title for the first time since 2010.

That belief was bolstered by them reaching the Autumn Nations Cup final last year where they pushed eventual winners England to extra time despite fielding a team shorn of several big-name players and experience due to an agreement between the FFR and Top 14 clubs.

Former national team captain and scrum-half Fabien Galthie has reinvigorated the side since succeeding the more defence-minded Jacques Brunel as head coach last year and Les Bleus are expected to be battling it out with reigning champions England for the crown.

As shown by how the team performed even without players many would consider first-choice last Autumn, Galthie has plenty of talent at his disposal whatever side he names and a convincing win over Italy first up would send out a statement of intent.

“At the end of the day it’s pretty simple: there is a lot of competition and the best players play,” Galthie said. “We’re building a team to win – so we want to win.”

There was a brief period where it seemed as if the Italians had something of a hex on the French, scoring wins over them in Rome in 2011 and 2013.

It has been a long eight years for the Azzurri since they last recorded their joint-best Six Nations finish of fourth, though, and France have held sway in the Giuseppe Garibaldi Trophy clashes ever since.

The most recent meeting between the two came in Paris in the Autumn Nations Cup last year, where Galthie’s men stormed to a 36-5 victory. They had also beaten them 35-22 in the Six Nations earlier in 2020.

Smith’s desire to build for the future with Italy has seen him turn to youth, particularly in the halves where 19-year-old Stephen Varney – the Wales-born scrum-half with Italian ancestry on his mother’s side – lines up alongside 20-year-old Paolo Garbisi.

The South African has picked a side which contains 10 players with 10 caps or fewer, but captain Luca Bigi has faith in the inexperienced side.

“I have more confidence in the role of captain than a year ago thanks above all to the support I had from the team,” 32-cap hooker Bigi said.

Italy have been condemned to the wooden spoon for the past five Six Nations editions, but could that change in 2021?

France pose major threats out wide in Gabin Villiere and Teddy Thomas, who form an exciting back three along with full-back Brice Dulin.

Elsewhere, Arthur Vincent comes into the midfield in place of the injured Virimi Vakatawa, while Gregory Alldritt is a surprise inclusion in the starting XV at No. 8 after recovering from injury.

After a genuine renaissance year in 2020, can France go one better and clinch the silverware that eluded them last year in 2021?