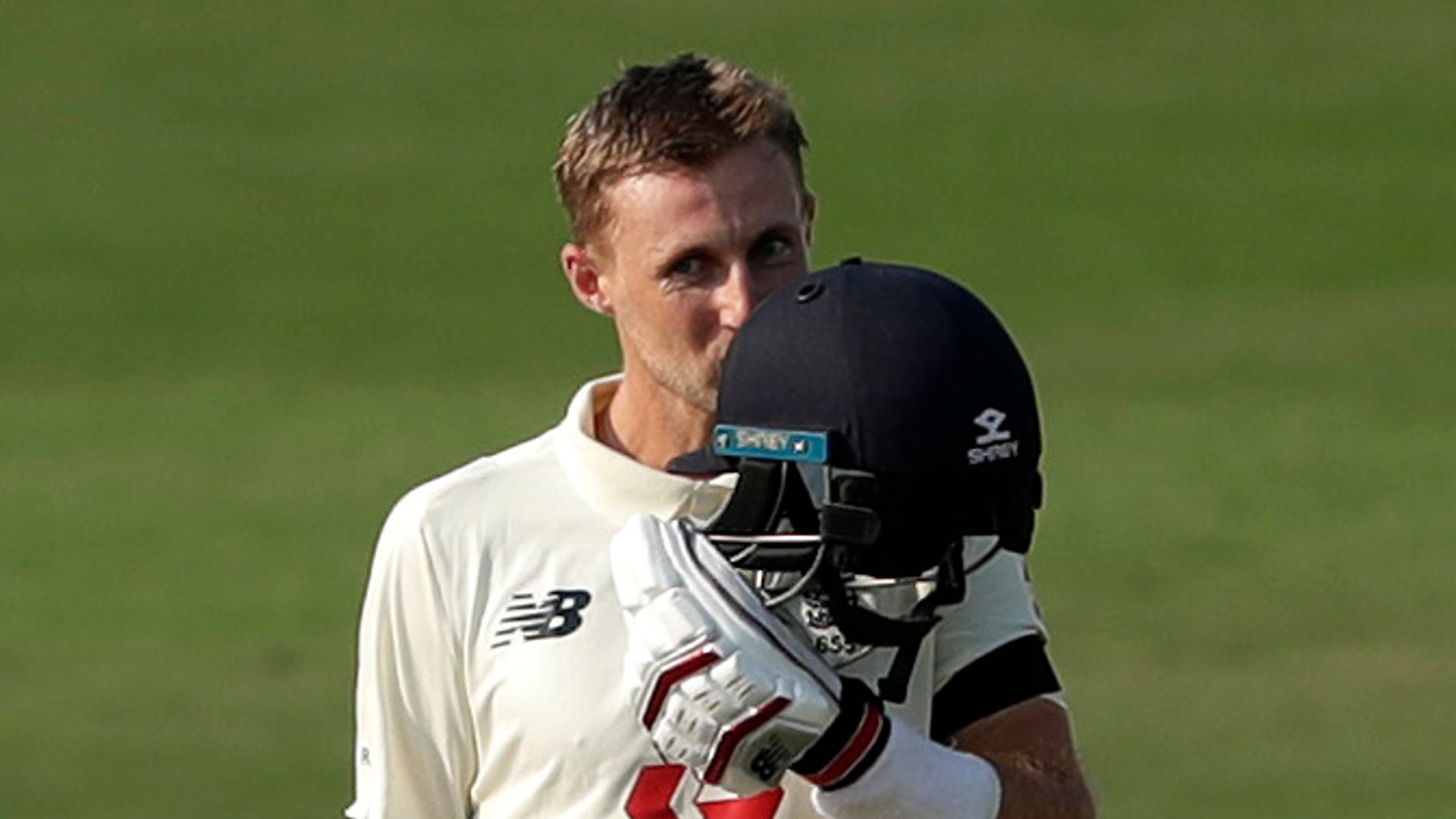 England skipper and Dom Sibley are reaping the benefits of self-improvement, their endeavours giving the tourists a strong start to this iconic series in India; Root is up there with the very best England cricketers when it comes to playing spin

It’s fitting that Joe Root proved he’s a true great by scoring a hundred in his 100th Test.

Some people were starting to doubt if he belongs to that group of Virat Kohli, Kane Williamson and Steve Smith when he went through a lean patch last year – but don’t forget he was still averaging 40 in that period!

His playing of spin is phenomenal; I don’t know of an England cricketer who is a better player of spin, especially when it comes to sweeping.

Root gave us an insight on this week’s The Cricket Show into how he’s rediscovered his rhythm and the tempo of his batting – even introducing a twiddle of the bat – after taking a long, hard look at his game at the end of last summer.

During the long break enforced by lockdown and the pandemic he thought ‘how am I going to go back to being the Joe Root that I was?’

He watched videos of various people and looked at his game and three hundreds in a row suggests he’s analysed his game pretty well!

He’s an absolute joy to watch; at no stage do you sit there feeling uncomfortable because he’s so pleasing on the eye.

What I like about Root and Dom Sibley in particular is the way in which they have looked to improve their game in recent months, regardless of whether they’ve played 100 Tests or 15.

So far in his Test career, Sibley has shown an admirable willingness to learn and to adapt and not just say ‘that’s my method and that’s the way I play’.

He got found out a little bit in Sri Lanka by the left-arm spinner Lasith Embuldeniya so he took a hard look at himself and worked hard and started to change his method a little bit.

Instead of defending towards mid-on, he was defending more towards the off-side and staying sideways on. That worked and he got runs there, with 56no in the second Test.

It was classic old-fashioned opening batting from Sibley today – soaking up the first session and going hard at the bowlers when they are tired. It’s great to see that there is still room for that style of batsman in our game, a style that brought the likes of Geoffrey Boycott, Mike Atherton, Andrew Strauss and Alastair Cook so much success.

In the summer he got a bit stuck against spin – at times he was going nowhere, just knocking it to the leg-side and not being able to get off strike. He had no release shot.

But today he came down the wicket on a number of occasions against the spinners and clipped it through midwicket for four and got some sweeps out. He’s learnt a lot from Root; he didn’t get caught in that in-between length but went fully forward and fully back and opened up the off-side.

He was smart against Ravi Ashwin – he sat in on him, which is something Rory Burns might learn from. Because Ashwin is tall and he can bowl with over-spin and has subtle changes of pace, Ashwin is a harder person to sweep and reverse sweep.

When you’ve got players like Root, Ben Stokes and Jos Buttler in your line-up it really doesn’t matter how long you bat.

Jofra Archer and James Anderson would have loved watching Sibley bat; they would have had their feet up loving every moment as they rested.

England must now cash in with big first-innings runs at the start of this iconic series.

After what happened with India in Australia and also the way that England have been improving under Chris Silverwood and Joe Root of late – especially away from home – it was set up beautifully going into today.

Make no mistake, however much Root’s side is improving away from home, I would say playing in India and Australia present the hardest challenges for an England captain and an English side because the conditions are so alien.

Root and Sibley have given England the ideal start to kick on.

We’ll have over-by-over commentary of day two of the first Test between India and England on Sky Sports’ digital platforms from 3.55am on Saturday.