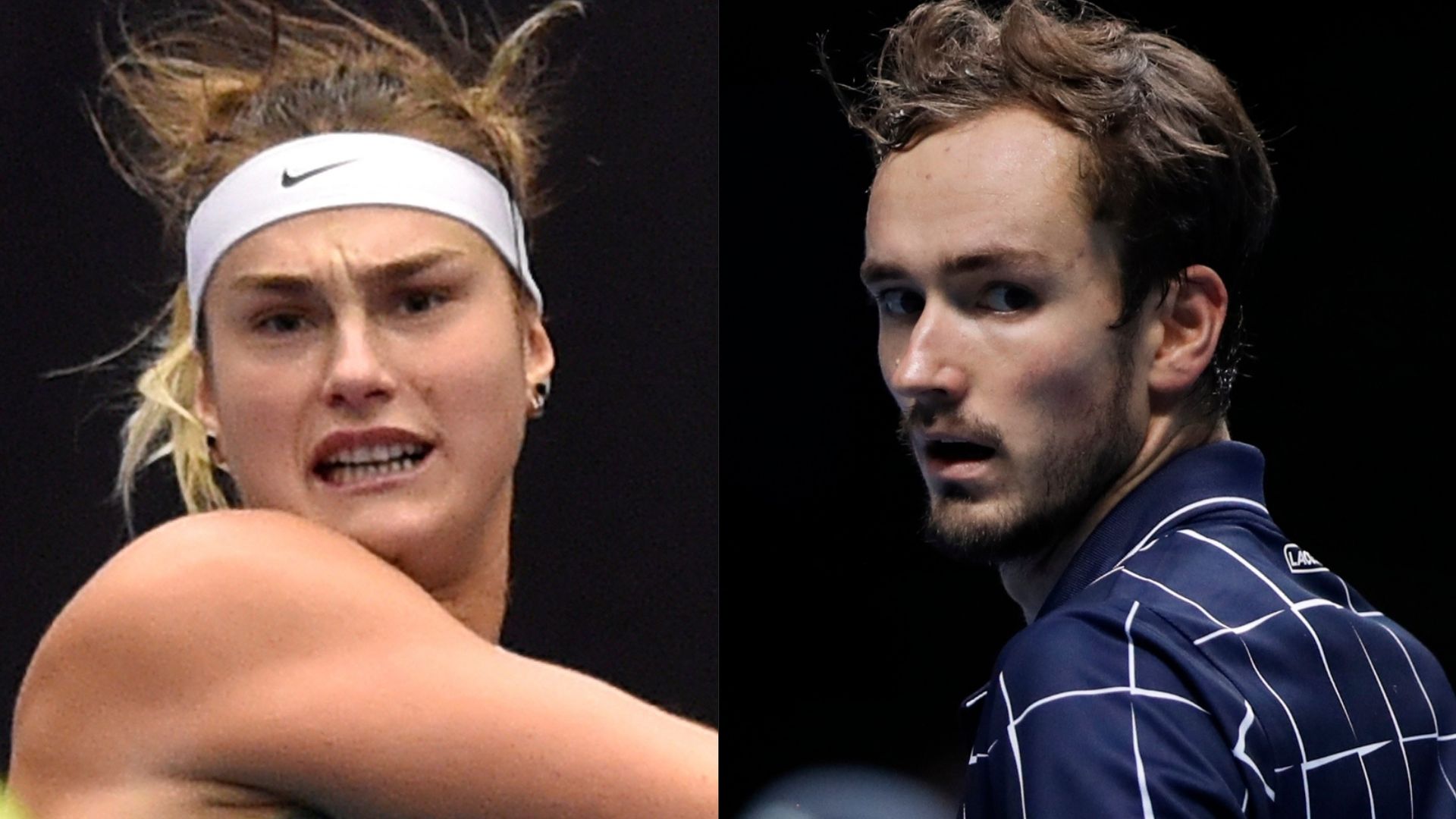 After months of negotiations and the soap opera of hotel quarantine, focus will
turn to the court when the Australian Open gets under way on February 8; Aryna Sabalenka and Daniil Medvedev are among the list of names to watch at this year’s Grand Slam

Aryna Sabalenka, Jannik Sinner and Daniil Medvedev are just some of the names to keep an eye on during this year’s Australian Open in Melbourne.

This year’s fields will be led by Novak Djokovic and home favourite Ashleigh Barty.

Every Grand Slam in recent years seems to have had history on the line but, should Rafael Nadal and Serena Williams win in Melbourne, it would top the lot.

Having equalled Roger Federer’s mark of 20 Grand Slam titles at Roland Garros in October, Nadal could move out on his own, as well as becoming the first of the big three to win each major at least twice.

It is more than a decade since the 34-year-old Spaniard won a Grand Slam title outside of Paris or New York and he has reached the final in Melbourne four times since his sole title in 2009.

The pandemic has not changed Williams’ continued determination to chase down Margaret Court’s all-time record of 24 major singles titles.

The great American turns 40 later this year and 2021 may well be her last chance to add to her tally. Last year was the first time since 2006 that she did not reach a Grand Slam final but none of her rivals will be writing her off just yet.

Naomi Osaka is the bookmakers’ favourite for the women’s singles title as Sofia Kenin defends her title while French Open champion Iga Swiatek looks to make her mark away from clay. Simona Halep will also have her sights set on another major title.

Dominic Thiem will be aiming to return to a fifth Grand Slam final as Alexander Zverev dreams of winning his first major title.

Here, we highlight some other players to look out for in Melbourne.

At 22, could this be the season that Sabalenka joins the Grand Slam winners’ circle? The big-hitting Belarusian certainly has the form behind her having won three straight titles at the end of 2020 and start of 2021. Overdue a strong Grand Slam showing having only once been past the third round.

Dominic Thiem’s US Open triumph has left a vacancy for next male player most likely to win a major. At the head of that list has to be Russian Medvedev, who ended last season by winning the ATP Finals. The 24-year-old, who reached the US Open final in 2019, has an intelligent, all-round game and is a fine athlete for his height.

Sinner may be an unfamiliar name to general sports fans but everyone in tennis knows about the Italian’s potential. At 19, he is already in the top 40, a title winner on the ATP Tour and reached the quarter-finals of the French Open last year. Hits a huge ball off both wings and should be one of the stars of 2021.

The fact that half the top 10 are under 25 is at least a sign that change is coming.

A Spanish teenage prodigy winning titles on clay. Sound familiar? Seventeen-year-old Alcaraz appears to have many years ahead of being labelled the new Nadal. His maturity outweighs his years and his achievement in
qualifying for a Grand Slam on hard courts at the first time of asking is certainly impressive.

The latest teenage Grand Slam champion, Swiatek’s performances in winning the French Open were simply stunning. The 19-year-old Pole has a wise head and a wonderfully diverse game and will now set out to show she can be a major player on other surfaces besides clay.