Should Canelo come away with a win, a deal is reportedly in place for a bout with Saunders, who holds the WBO title, on May 8. 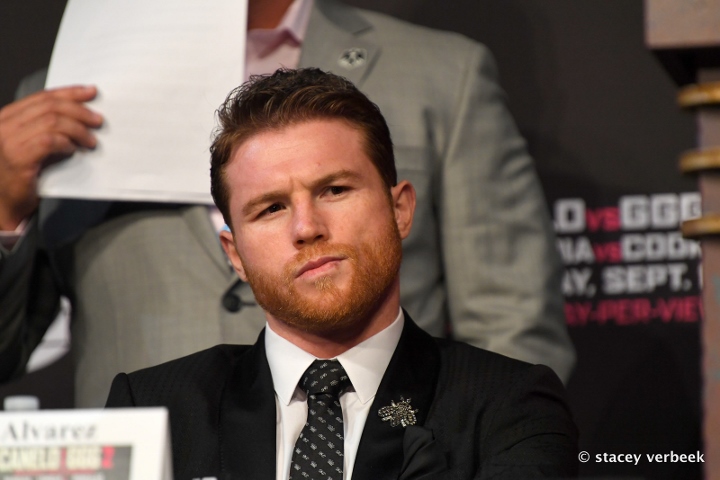 Fury, known for his awkward style of boxing, believes Saunders is a very tricky fighter who could trouble Canelo when they meet in the ring.

He rejects the idea of Saunders accepting such a fight to collect a big purse.

“We would rather have zero money and win than take fights we’re not ready for. He needs to be active and he will punch Canelo Alvarez all around the ring. Canelo Alvarez’s kryptonite is someone who boxes and moves — southpaw, slick, good feet, good hand speed, good power. Billy Joe Saunders does all of that.”

At the same time, Fury believes Saunders needs to be more active to fight at his best.

In recent years, Saunders has had several strings of inactivity and his recent performances have suffeed as a result.

“The one thing I say, he needs to be active. And the one thing he has not been, is active. Just like me. When I’m active and I’m injury free, no one’s got a chance against me. Just like Billy Joe,” Fury said.

“No middle or super middle in the world has got a chance when he’s active. But the good old cliché with me and Billy Joe Saunders is we are never active. We have had more inactivity in our careers then we’ve had activity. Billy Joe has had the one fight with Martin Murray which went on I don’t know how long.