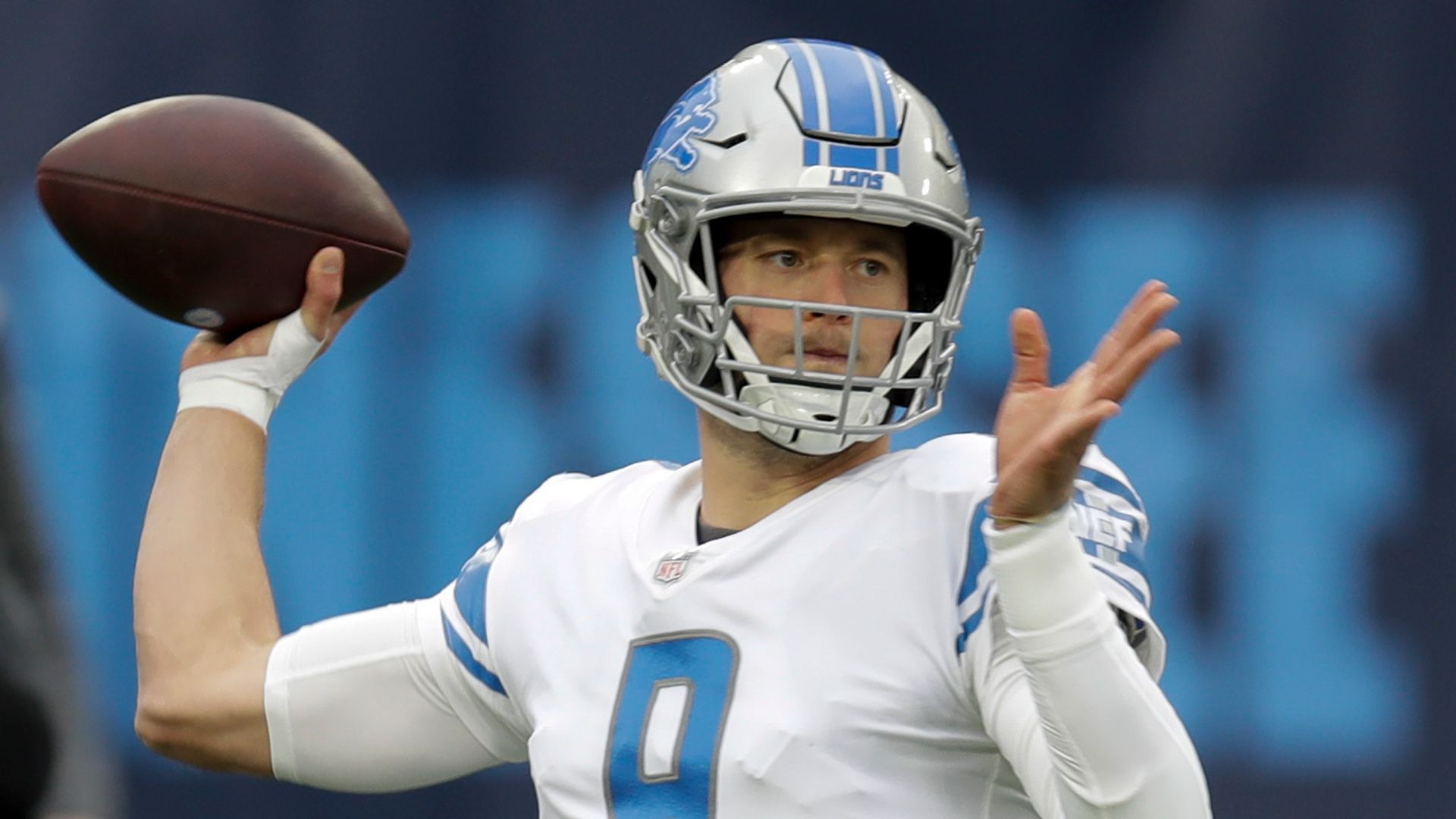 Watch Super Bowl LV between Tampa Bay Buccaneers and Kansas City Chiefs live on Sky Sports NFL (407) from 10pm on Sunday, February 7; Listen to the latest Inside the Huddle podcast below…

Matthew Stafford is going into “a perfect situation” with the Los Angeles Rams and could take them back to the Super Bowl, says Sky Sports NFL expert Jeff Reinebold, after the quarterback’s trade from the Detroit Lions.

After granting Stafford’s request for a trade, the Lions sent him to the Rams in exchange for Jared Goff, two first-round draft picks in 2022 and 2023 and a third-round pick in 2023.

Goff took the Rams to a Super Bowl only two years ago and, despite reaching the playoffs in 2020 and securing a fourth-straight winning season (10-6), the QB’s play regressed as he passed for 3,952 yards and just 20 touchdowns – his lowest total since his 2016 rookie year – with 13 interceptions and six lost fumbles over 15 games.

Stafford endured a third-straight season with the Lions of at least 10 losses but Reinebold, speaking on the latest Inside The Huddle podcast – which you can listen to in the player below – is excited about the move for the 12-year NFL veteran.

“I think he is going into a perfect situation,” Reinebold said. “His toughness, his arm talent; at 32 years old, he really has a lot of good football in front of him.

“He has been beaten and battered in Detroit, but I really think he can bring the impetus to get the Rams back to the Super Bowl.

“The Rams are about ‘right now’. They’re in their Super Bowl window – they’ve got Jalen Ramsey, Aaron Donald, enough good players to win the thing – but it was about going and getting that quarterback to take them there.”

NBC Sports’ Peter King, joining Inside The Huddle as a guest on the first of their Super Bowl LV preview shows this week, also weighed in on the trade, believing it benefits all parties.

“What is really crazy about the whole trade is, the fact that Goff over each of the next two years is going to cost the Lions $3 million more on their cap than Stafford is going to cost the Rams,” said King. “You wouldn’t think that, because anyone in their right mind today would take Stafford over Goff.

“But the Lions are fine with pushing draft choices back a year or two, for a very simple reason, they want to have a slow and steady progression under [new head coach] Dan Campbell.

“They know this year is going to be a lean year. But, look at the next three drafts, the Lions have five first-round picks, three second-round picks and four third-round picks – as of today, that’s more than any other team has.

“And another thing for the Lions; their new general manager, Brad Holmes, scouted and endorsed picking Jared Goff number one overall in 2016.

“Keep that in mind when understanding why this trade works for both teams.”