Melissa Hernandez, a Miami Beach resident, won six world titles and in 2016 hung up the gloves due to her frustration with the inequality in pay in comparison to male boxers.

She never lost her love of pugilism and continued to train without knowing what fate was going to bring.

Things have changed a lot since then and Hernandez (23-7-1, 7 KOs) returned to the ring in 2019 and shocked undefeated Selina Barrios, who is the sister of champion Mario Barrios. 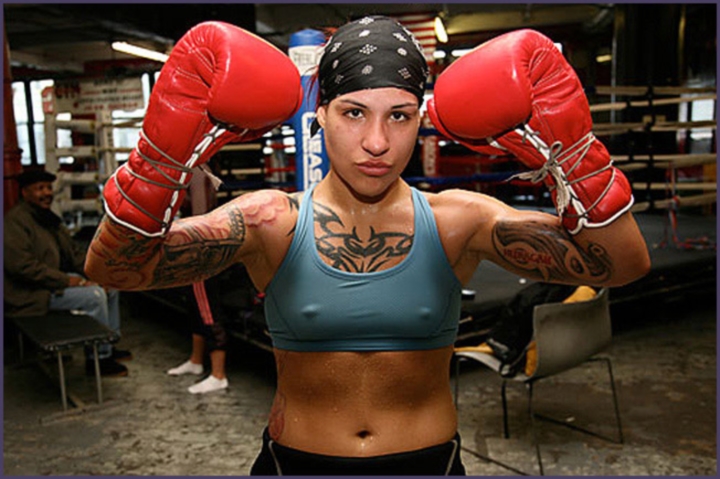 And more recently, she decided to accept an offer to return to the ring and challenge World Boxing Council super lightweight champion Chantelle Cameron on the 20th of March in London, as part of a card being put together by Eddie Hearn of Matchroom.

“They’ll pay me very well, so I encouraged myself to get back in the ring,” Melissa confessed to George Ebro. “I will fight for glory, for winning what I have dreamed of and to defend the right to equality in the salaries of boxers. I retired because I was paid crumbs.”

On February 4, Melissa will turn 41 and is not afraid to face a champion on the level of Cameron, who is 12 years younger.

“I’m confident I’ll beat her,” remarked Melissa. “She’s tall, she fights hard, she moves well and she throws her punches very fast, but I’m 20 years old in that sport, I have the experience and I’m going to box her. It’s a big challenge for me, let’s see what I can do with it.”

This fight is a total challenge for Melissa. She signed a contractual commitment to Greg Cohen Promotions and if she defeats Cameron she will extend the contract with the promoter for four more fights.

“The goal is to face undisputed champion Katie Taylor,” Melissa said. “That’s where I’m going to make a lot of money.”

Melissa now pushes for better pay for female fighters and appreciates that she has never lacked food in her mouth.

“I watched boxers make millions, my reference was Floyd Mayweather Jr. and I was sure that with the qualities I had I was also going to be a millionaire,” Melissa said. “How far away I was from the truth. The money didn’t come and my parents and brothers told me to drop [boxing] and go back to college to have money to pay the rent.”

Melissa is now training at the Continuum Sporting Club in Miami Beach, where she is also an instructor.

She will head to London on March 5 or 6.

“In London I have to do a 10-day quarantine and for my part I take good care of myself because the pandemic has already ruined a great opportunity for me,” Melissa said.

“I was going to fight at Madison Square Garden in New York last June, but because of COVID-19 the event was canceled. Right now I’m focused – and taking care of myself – for my engagement in seven weeks. I’m going to fight two more years at the highest level. I want to challenge Katie, beat her, collect a good purse and then retire.”

Tommy Welch Blasts Through Jiri Svacina in One Round in Italy