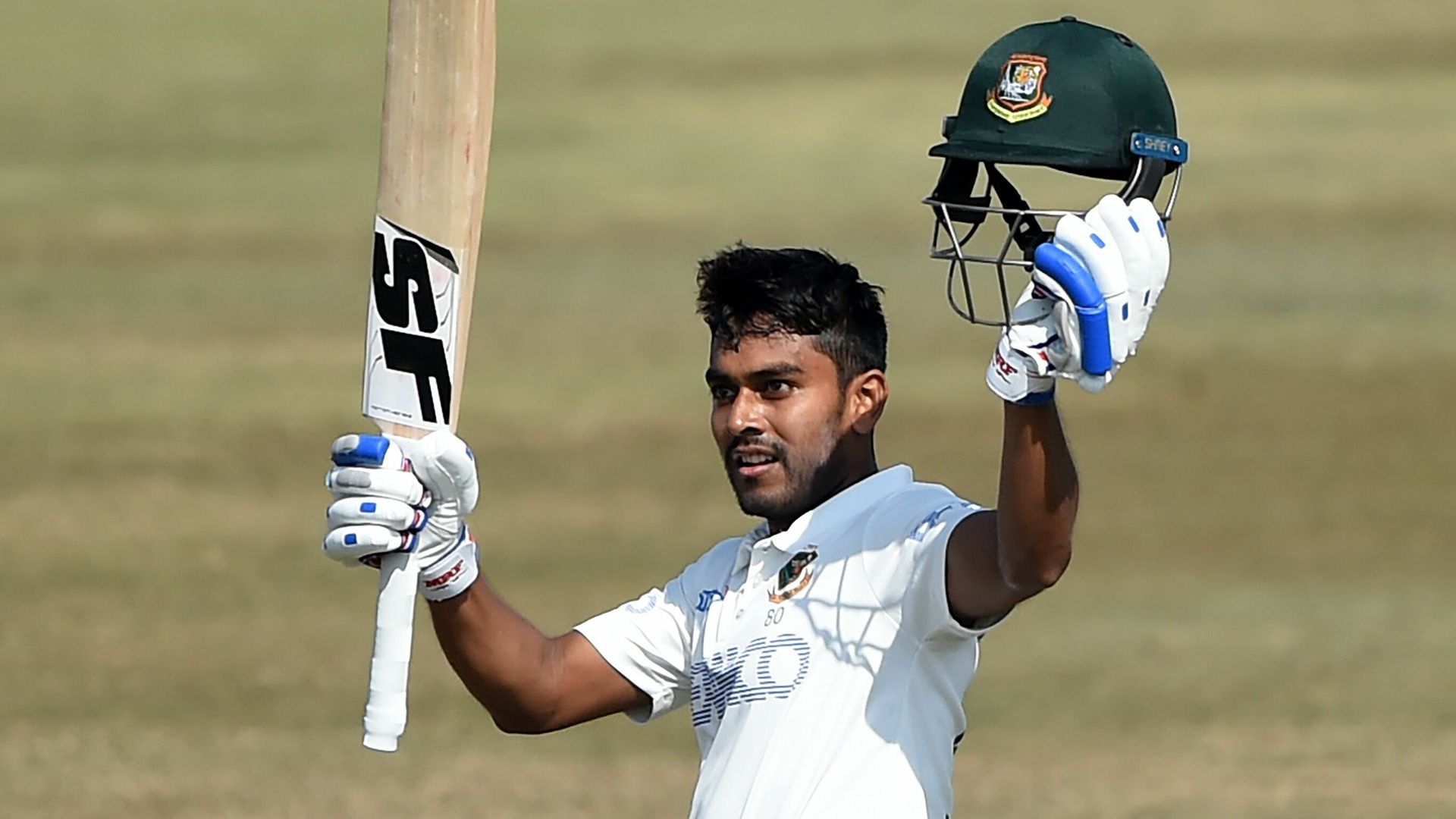 All-rounder swells hosts’ first innings after coming in at eight by striking 13 fours and forging strong partnerships with the lower-order; West Indies’ reply rallies after early wobble with captain Kraigg Brathwaite close to fifty at stumps

Mehidy Hasan’s maiden hundred lifted Bangladesh to 430 before West Indies reached stumps on 75-2 in reply after two days of the first Test in Chittagong.

Batting at number eight, all-rounder Mehidy scored 103 off 168 balls, including 13 boundaries, to help Bangladesh establish control on a slow pitch.

He shared a 67-run stand with Shakib Al Hasan for the seventh wicket, 45 runs with Taijul Islam (18) for the eighth wicket, and 67 with Nayeem Hasan (24) for the ninth wicket.

His partnership with Shakib was the most important after Bangladesh resumed the day on 242-5 only to lose Liton Das early on for 38.

At 248-6, Bangladesh could have slumped, but Shakib resisted and brought up his 25th half-century, dealing with the West Indies’ disciplined spinners patiently.

Shakib, playing his first Test in 17 months after being suspended for not reporting approaches from a bookmaker, scored 68 off 150 balls with five fours.

Mehidy reached his fifty off 99 balls and thereafter grew in confidence, with support from Taijul and Nayeem, and brought up the second fifty off 69 balls. Soon after reaching his first ton, he holed out to long-on off Raheem Cornwall.

Left-arm spinner Jomel Warrican was the most successful bowler for West Indies with 4-133, while Cornwall returned 2-114.

Fast bowler Mustafizur Rahman, 2-18, then put West Indies in further trouble with two lbw decisions against John Campbell for three in the fifth over after a video review, and debutant Shayne Moseley for two with a yorker.

West Indies rallied though, with captain Kraigg Brathwaite on 49 at stumps and newcomer Nkrumah Bonner on 17 in an unbroken 51-run partnership.