The exhibition tour hasn’t yet officially begun as planned for Floyd Mayweather but remains very much a vital part of his 2021 campaign.

The Hall-of-Fame elected former pound-for-pound king and five-division is currently eyeing a new date for his previously announced exhibition with YouTube personality and boxing novice Logan Paul. The two were due to collide on Feb. 20th, only for the Fanmio Pay-Per-View Event to get postponed pending a future date.

Not only will the event take place, Mayweather insists, but it will be one of several in a planned global tour for the all-time great. 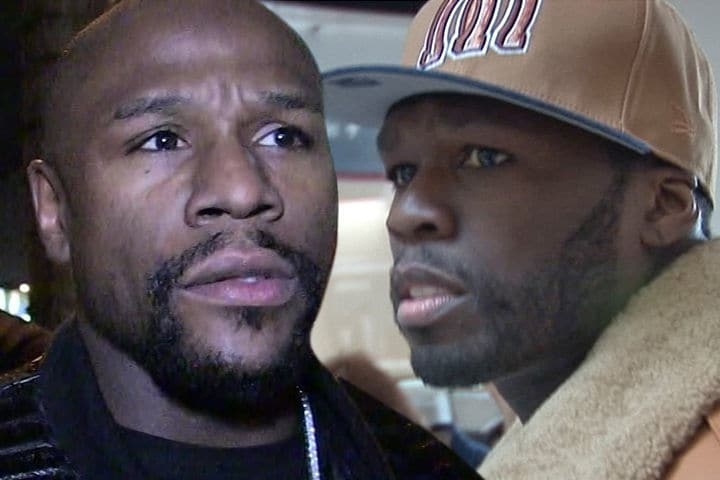 Jake Paul (2-0, 2KOs), Logan’s younger brother is due to face Askren—a retired mixed martial artist—atop a Triller PPV show currently scheduled to take place on April 17th. The Paul brothers both fight as cruiserweights in the pro ranks, while Mayweather (50-0, 27KOs) never fought above the 154-pound junior middleweight limit or even weighed heavier than 151 pounds during a 21-year career spanning five weight divisions.

Still, the retired boxer and current full-time promoter and business entrepreneur is eager to take on literally bigger challenges in events he plans to stage around the world. Another exhibition on his list is with 50 Cent (real name Curtis Jackson), the rapper/actor and former Mayweather friend and associate before the two entered a long-standing rivalry.

Apparently, that part of it is ready to make its way to the ring as well.

“I also heard that 50 [C]ent would fight me but claims I’m too small,” notes Mayweather. “If he wants to lace up at the end of the year, we can do an exhibition then. I don’t care about weight class with any of these guys.”

There is one stipulation, however, when it comes to facing 50 Cent.

“The Paul brothers will make great money with the events, but with 50 cent It has to be Winner Take All,” the famed boxer insists.

Mayweather last officially fought in Aug. 2017, scoring a 10th round knockout of UFC superstar and boxing debutant Conor McGregor atop the second highest grossing PPV event in boxing history. Mayweather owns the four best-selling events of all time, chief among them his pound-for-pound showdown with Manny Pacquiao (62-7-2, 39KOS), whom he outpointed in the main event of their May 2015 superfight which sold 4.6 million PPV buys.