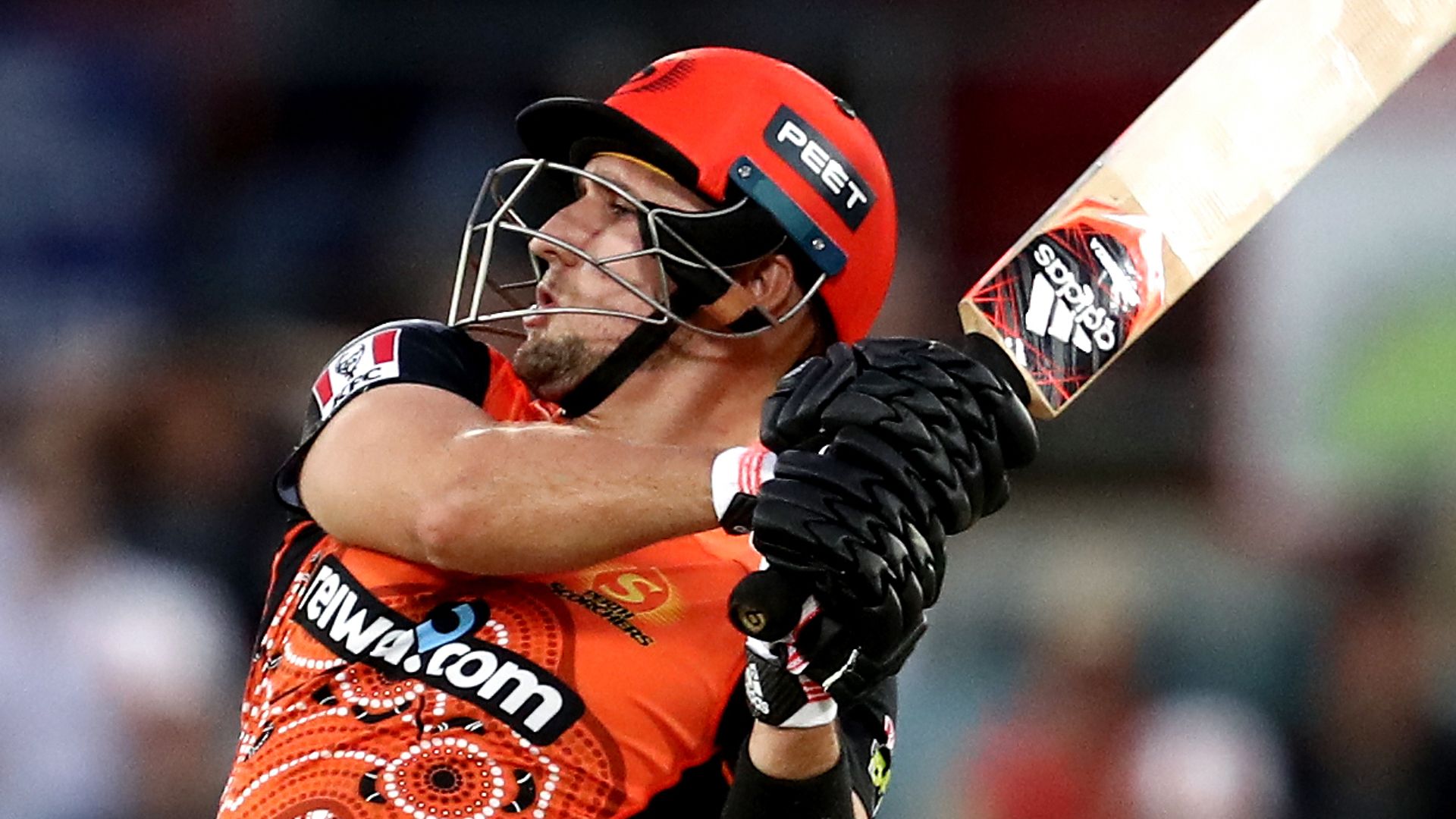 Lancashire and England batsman Liam Livingstone smashed 77 from 39 balls for Perth Scorchers as they beat Brisbane Heat by 49 runs (DLS) to reach the Big Bash League final; Scorchers will face Sydney Sixers for the trophy

Liam Livingstone smashed a blistering 77 from 39 balls as Perth Scorchers reached the Big Bash League final with a convincing victory over Brisbane Heat in a rain-hit Challenger in Canberra.

The Scorchers were without Jason Roy due to an ankle injury but Livingstone ensured that the England opener’s absence was not felt as he and Cameron Bancroft (58no from 42 balls) put on 114 for the first wicket.

The Lancashire and England batsman thumped five fours and six sixes in a stunning knock and Perth kept going even after his dismissal as Mitch Marsh hammered an unbeaten 49 from 28 balls to take the Western Australians to 189-1 in 18.1 overs before the rain came.

When play resumed, Brisbane never came close to reaching their adjusted target of 200 from 18 overs as they limped to 150-9 to lose by 49 runs on the Duckworth-Lewis-Stern (DLS) method.

Earlier, the Heat won the toss and elected to field but were soon on the backfoot as Livingstone, after scoring just one from his first three balls, sprung into life in the second over, despatching Mark Sketetee over midwicket for six before nailing the next one through mid-on for four.

There was to be no let-up as Livingstone raced to a 27-ball fifty before dismantling Marnus Labuschagne in the 10th over, hitting the part-time leggie over the stand for the first of three sixes from three legal deliveries – not that the wide in between the first and the second helped the Heat’s cause.

The 27-year-old eventually holed out at the start of the 12th over, leg-spinner Mitchell Swepson taking what proved to be the only wicket of the innings.

Marsh took a couple of overs to get set but kicked into gear when the Power Surge was taken as Brisbane X-factor sub Morne Morkel saw his third over go for 22.

Rain ended the Brisbane bowlers’ suffering a ball into the 19th over and Heat openers Chris Lynn (22 from 17) and Joe Denly (14 from seven) made a strong start to the chase.

However, Jason Behrendorff (2-19) dismissed the pair with successive deliveries and Brisbane never recovered, slipping to 57-4 when Labuschagne was bowled by Fawad Alam’s (2-26) googly.

The run-rate continued to climb as well with only Joe Burns (38 from 24) able to get going at all for Brisbane with wickets falling at regular intervals and the result beyond doubt long before the final ball went down.

The Scorchers can now begin preparations for Saturday’s final against defending champions Sydney Sixers at the SCG.