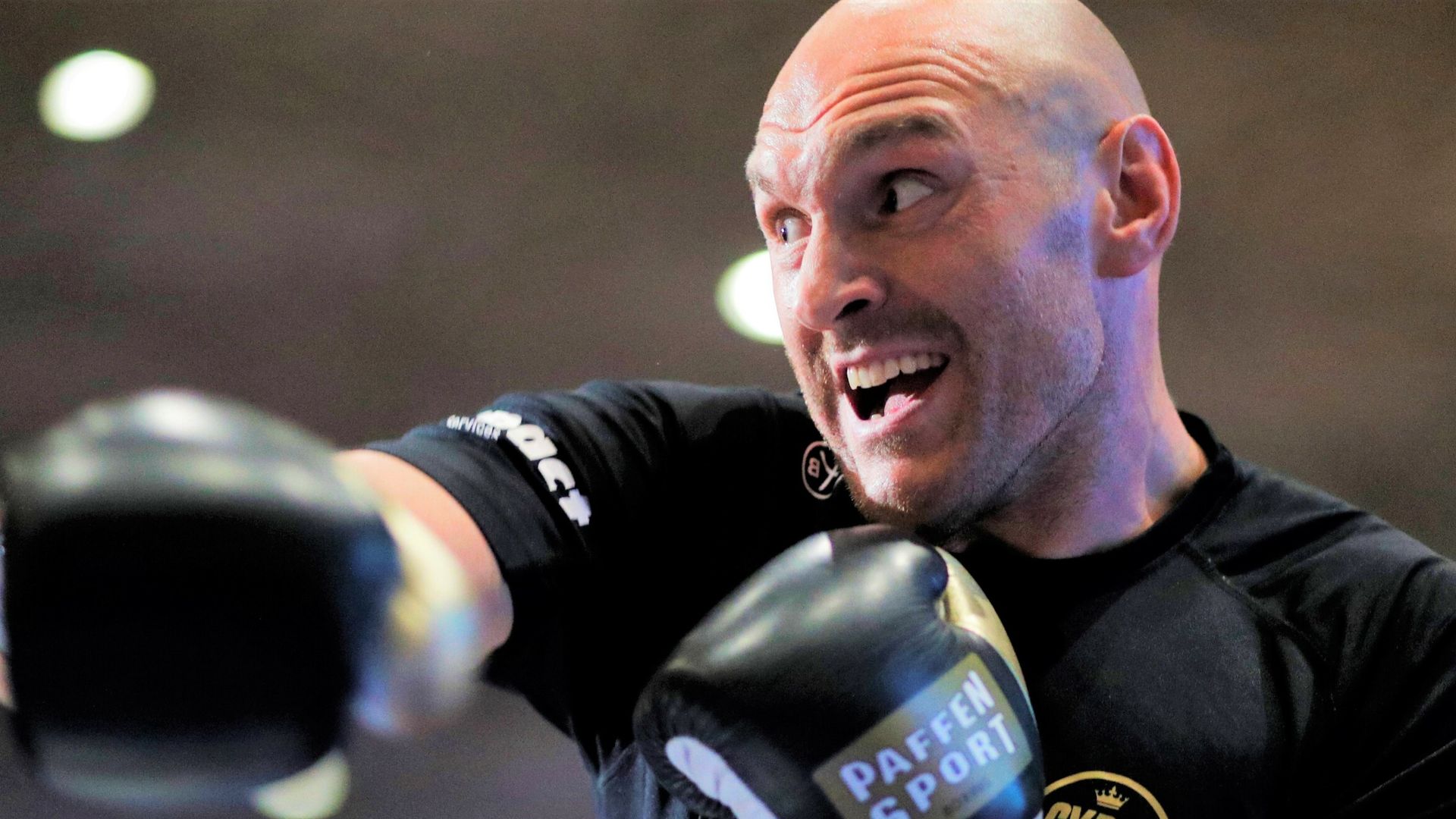 Tyson Fury must assemble a team of sparring partners to replicate the knockout power of Anthony Joshua as the WBC champion prepares for an undisputed world heavyweight title fight against the WBA, IBF and WBO title holder

Tyson Fury will soon be picking heavyweights with vicious power to assist his preparations for Anthony Joshua, but who are his potential sparring partners?

Fury is set to begin preparations for a massive fight against Joshua, with the British rivals edging closer to finalising an undisputed world heavyweight title clash this year.

With a similar physique and knockout power, Efe Ajagba appears to be a natural option to replicate Joshua, if Team Fury are searching for someone to bring constant threat to the ring.

The America-based Nigerian has 11 knockouts in 14 wins, while one of his opponents even left the ring before the opening bell, and he could be a future challenger for Fury after climbing to No 11 in the WBC rankings.

Ajagba signed for Top Rank, the same American promotional stable as Fury, and has suggested that he possesses better boxing ability than Joshua.

“Skill would beat Joshua, not power,” Ajagba has told Sky Sports. “Me and Joshua both have the power, but skills control the power.

“I have more skills.”

Tony Yoka, France’s Olympic gold medallist, has justified the comparisons to Joshua, having blasted aside seven of his nine opponents since turning professional in 2017.

But the 28-year-old’s ambitions of winning a world title quicker than AJ have been thwarted by spells of inactivity.

“I don’t want to take four years like Anthony Joshua,” he said. “That’s too much time.”

Yoka demolished countryman Johann Duhaupas in the first round, even quicker than Deontay Wilder to showcase his spiteful finishing, and he would be an ideal fighter to spar Fury.

Martin Bakole has sparred Joshua regularly in recent years, but could be summoned to Fury’s camp as the Congolese contender delivers crisp combinations, with a well disguised spiteful shot.

The Scotland-based fighter adopted a more measured approach in his most recent fight, a points win over Sergey Kuzmin, but his stinging jab and thudding hook were enough to deter the Russian powerhouse.

Bakole, having already gained the respect of Joshua, might relish the opportunity to sharpen his ring skills against Fury.

“If two smart operators are sharing the ring they have to be on the ball all the time,” Bakole’s trainer Billy Nelson has told Sky Sports. “That’s the case with Anthony and Martin.

“You can hear their brains ticking when they spar.”

Fury’s trainer Sugarhill Steward has also been passing on his Kronk Gym secrets to Apti Davtaev, one of Russia’s latest heavyweight threats, who holds an imposing record of 19 knockouts in 20 wins.

Steward has revealed that Davtaev is eager to spar Fury, telling Sky Sports: “He was excited to box with Tyson. He wants to learn from the best.

“It would be a great combination because Tyson loves to teach. During his last camp, we spent time teaching the sparring partners, not just teaching Tyson.”

Davtaev’s raw strength and concussive punches mean that he could mimic Joshua’s attributes in sparring with Fury.

One of America’s hottest prospects, Jared Anderson is well known to Fury as he played a key role in helping the British star to prepare for his WBC title win over Deontay Wilder last February.

The 21-year-old, who is also part of Fury’s promotional team, has since extended his unbeaten record to seven victories, all by knockout.

Anderson is shorter than both Wilder and Joshua, but his speed and elusiveness ensured he sharpened up Fury’s attacking skills.

“If you can hit me, then you’ve got some speed and technique,” Anderson told Sky Sports last year.

“That’s our biggest point. I’m shorter, hard to hit, a little faster. That was the point made after our first sparring session.

“He knew that if he could hit me, he could definitely hit Wilder.”

Raphael Akpejiori is another big-hitting prospect who recently volunteered to spar with Fury ahead of the Joshua fight.

“If he wants to come to Miami to spar, he is guaranteed to have high-quality sparring. It would be a great place for him,” the Miami-based Nigerian said, who racked up his ninth straight knockout win last month.