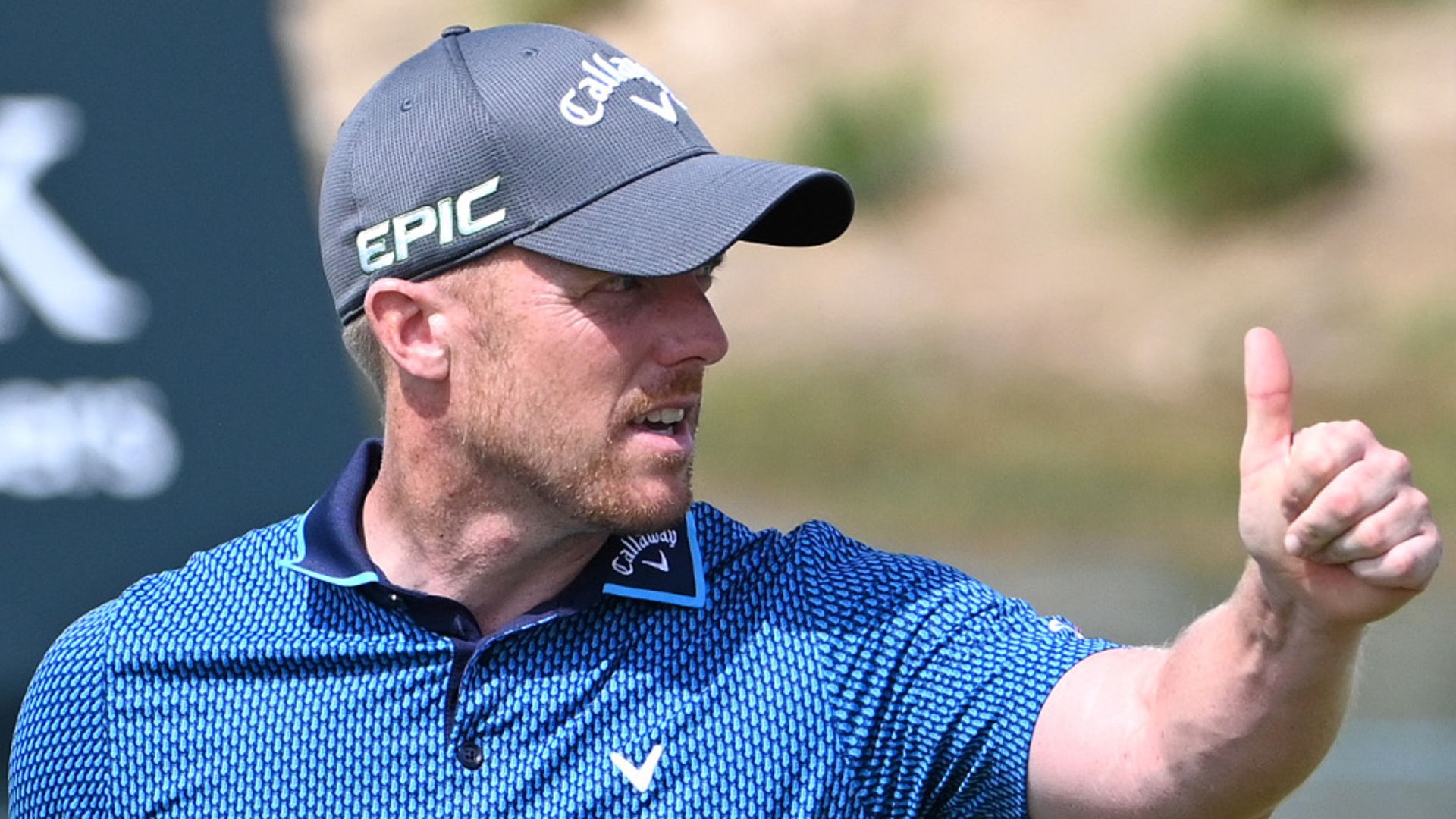 David Horsey leads the Saudi International after coming close to carding the second ’59 round’ in European Tour history; Bryson DeChambeau four shots back and world No 1 Dustin Johnson in the group six behind.

David Horsey holds a one-shot lead over Stephen Gallacher at the Saudi International, with Bryson DeChambeau among the chasing pack.

Horsey flirted with golfing history after a blistering scoring run on his back nine at Royal Greens G&CC, with seven birdies in an eight-hole stretch leaving him requiring a final-hole eagle to register only the second sub-60 round in European Tour history.

The Englishman missed the fairway off the 18th tee and couldn’t hole out from the semi-rough with his third shot for a ’59 round’, with a par closing a bogey-free 61 and giving him a one-shot lead over Stephen Gallacher.

“It’s a shock, actually,” Horsey said about his fast start. “I’ve been playing rubbish the last couple of weeks. Didn’t feel like I controlled my ball the first two events.

“Had a conversation with a pal back home last night, talking a few things through and suggested something that I work on away from the tournament. I thought, well, can’t get any worse, so I may as well try it and here we are!”

Horsey followed a 15-foot birdie at the fifth by holing a 30-footer at the next on his way to reaching the turn in 33, with an eight-foot gain at the tenth then marking the start of five consecutive birdies.

The world No 282 – who missed the cut in his previous two visits to Saudi Arabia – picked up a shot from six feet at the 16th and flicked a wedge to tap-in range at the next to get to nine-under on the par-70 layout, before getting up and down to scramble a par at the last to set the clubhouse target.

Gallacher birdied five of his last six holes to get within one of the lead and Bernd Wiesberger is three off the pace in third after a blemish-free 64, while DeChambeau sits in the large group on five under after making the most of the calmer scoring conditions for the morning wave.

DeChambeau, beginning on the back nine, bounced back from missing a seven-foot to save par at the 11th by making four birdies in the space of five holes around the turn.

The US Open champion failed to get up and down from the sand to save par at the third but made back-to-back gains from the fourth and rolled in a 12-footer at the seventh to get to five under, with Scotland’s Calum Hill among the others four off the pace.

Watch the Saudi International throughout the week live on Sky Sports. Live coverage continues on Friday from 8am on Sky Sports Golf and Sky Sports Main Event.