Brazilian middleweight contender Esquiva Falcao is coming back to America. After a pair of knockout wins last year in his home nation, the 2012 Olympic silver medalist will take on two-time world title challenger Artur Akavov in a 10-rounder Saturday, Feb. 20 from MGM Grand Hotel & Casino in Las Vegas. 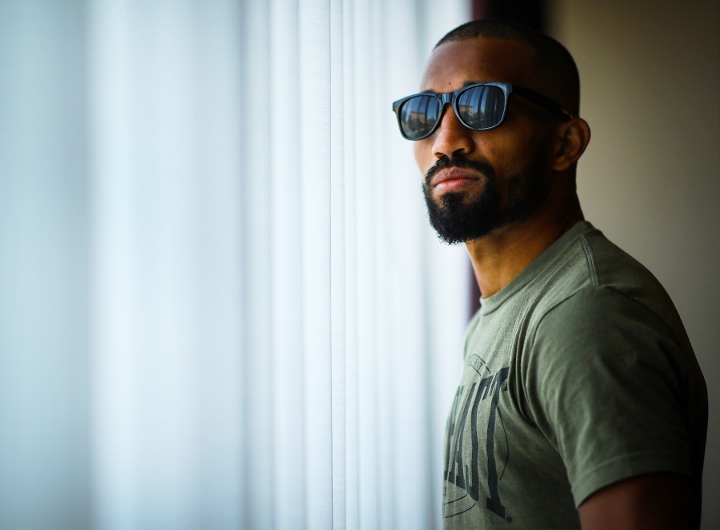 Falcao (27-0, 19 KOs), ranked No. 5 by the IBF and WBO, is a seven-year pro who ended his sterling amateur career with a 215-15 record. He has won four consecutive bouts by knockout, including an eighth-round stoppage over Mexican veteran Jesus Antonio Gutierrez in July 2019. Akavov (20-3, 9 KOs) nearly dethroned WBO middleweight world champion Billy Joe Saunders in December 2016, dropping a controversial decision. He challenged for the same world title in January 2019 and was bested by Demetrius Andrade en route to a 12th-round TKO loss. Akavov last fought in October 2019 and knocked out 50-fight veteran Sergei Melis in five rounds.

Rodriguez (10-0-1, 10 KOs) emerged as one of boxing’s hottest prospects in 2020, going 5-0 with five knockouts, including four headline-making stoppages inside the MGM Grand Las Vegas Bubble. He last fought Oct. 9 and became only the second man to knock out 37-fight veteran Cameron Krael. Veron (18-2-2, 9 KOs) has never been knocked out as a professional and is a former WBO Latino and South American welterweight champion. He is coming off a competitive decision defeat to 2012 Olympic bronze medalist Taras Shelestyuk in January 2020.

Rodriguez said, “I want to show that I am ready for the big fights. I think I deserved to be the Prospect of the Year. Not being named Prospect of the Year has motivated me more than ever. I am here to become a world champion. I am very grateful for the opportunities Top Rank is giving me and for the efforts of my entire team. I am going to show who I am through my actions in the ring, not through words or social media.”

In other ESPN+ streaming action:

Xander Zayas (6-0, 5 KOs), the Puerto Rican prodigy who celebrated his 18th birthday last September, will clash with Philadelphia native James Martin (6-1) in a six-round welterweight fight. Zayas signed with Top Rank at 16 years old and hopes to extend his knockout streak to four against Martin, who has never been stopped in the paid ranks.

“Since my last fight, I’ve had an extended camp and have been fortunate to spar numerous world champions and top fighters, which has provided me a wealth of experience,” Zayas said. “I’m excited to fight on February 20 and put on a show for my fans.”

Sonny “The Bronco” Conto (6-0, 5 KO), South Philadelphia’s latest heavyweight hopeful, is set to return from a 13-month layoff against Waldo Cortes (6-3, 3 KOs) in a four-rounder. Conto battled assorted injuries throughout 2020, but he is ready for a busier 2021. Cortes fought Bubble favorite Kingsley Ibeh last June, giving as good as he received before being knocked out in the fourth round.

One of Puerto Rico’s brightest young talents, Omar Rosario (2-0), will make his Las Vegas debut in a four-round welterweight tilt versus fellow unbeaten Uriel Villanueva (1-0). Rosario, a 23-year-old from Caguas, won the 2020 Olympic Trials for his home nation at 152 pounds before electing to turn pro.