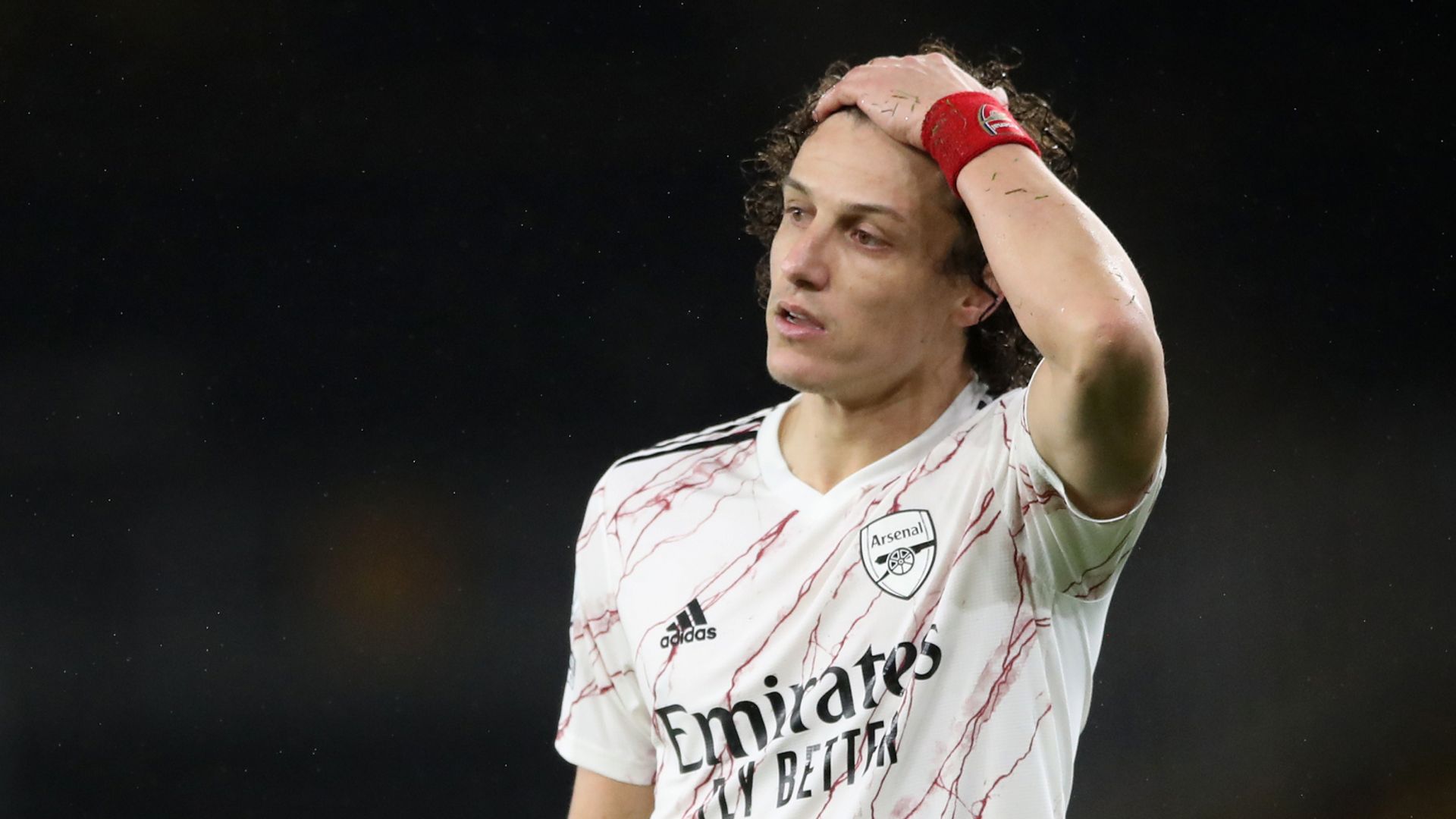 Mikel Arteta says he is “very hopeful” the decision to send off David Luiz for a foul on Willian Jose in Arsenal’s match against Wolves on Tuesday will be overturned after the club lodged an appeal.

Luiz was sent off for the third time in his Arsenal career during the 2-1 loss on Tuesday after being adjudged to have committed a last-man foul in first-half stoppage-time on Wolves striker Jose by referee Craig Pawson.

Contact appeared to be minimal, but the decision was upheld by VAR Jon Moss.

“We went through all the images and we think the red card should be overruled,” said Arteta. “That’s why we appealed.”

“We know the law, [but] for me it’s more about the decision, and what happens in that instance.

“There was a very similar incident – even though David is behind the player – against Manchester United. He was on the side of the player that completely changes the angle. I think they will look at it.”

Luiz has been sent off three times while playing for Arsenal, but Arteta said: “We can have a long debate here. In my opinion to put the blame on David isn’t fair.”

‘Arsenal must address lack of discipline’

Arsenal also lost goalkeeper Bernd Leno for their trip to Aston Villa after the goalkeeper was sent off against Wolves.

The Gunners ended the game at Molineux with nine players and Mikel Arteta says red cards are costing his side points.

“I was worried about the discipline on two occasions with Nicolas Pepe (vs Leeds) and Granit Xhaka (vs Burnley),” said Arteta. “We should avoid that. We talked about it.

“What is clear? When you have five red cards from our side, you are going to lose a lot of points. We would have some of those points and be in a different position on the table. That’s for sure. There are no teams with five red cards that are on the top [of the league].”

‘Ryan could play, Runarsson must block out critics’

Runar Alex Runarsson deputised for Leno with new signing Mat Ryan still recovering from a hip injury. Arteta says the new arrival from Brighton could make his debut against Aston Villa if he is able to train before the game.

“He’s not been available to train yet and Alex is available so we will have a choice to make for the weekend,” Arteta said on Ryan.

He also told Runarsson to ignore recent criticism of his game following errors made in the Carabao Cup – with the third-choice goalkeeper potentially in line for a full Premier League debut on Saturday.

“This is what you face when you play for a big club – people expect when you go out there for you to give your best and perform at the top level – and if you don’t you are going to get criticism.

“You know that, before you join the club, that you are exposed all the time to critics and, as well, if you do really well everybody is going to be praising more than at any other club.

“You have to be able, if you want to play here, to handle that pressure.”

Arteta also said he had no problem in calling on Runarsson to play in the Premier League despite axing him from his Europa League squad for the rest of the season.

Asked if it would be a strange situation for the former Nordsjaelland player, Arteta replied: “No, Alex knew his role before we signed him.

Kieran Tierney has missed Arsenal’s last three games after an impressive run of form. Arteta confirmed the Scotland defender is struggling with a new leg injury, with the club cautious over his recovery due to the physical nature of his game.

However, Arteta says Arsenal will not stop Tierney from joining up with his national side for the upcoming international fixtures.

“It’s a different injury in this case. Kieran is a player who really pushes himself, physically he has to be at his best because he cannot help but push himself,” he said.

“What I want is that he is fit to play for us as soon as possible, if he needs to play for his country then I want him to go.”