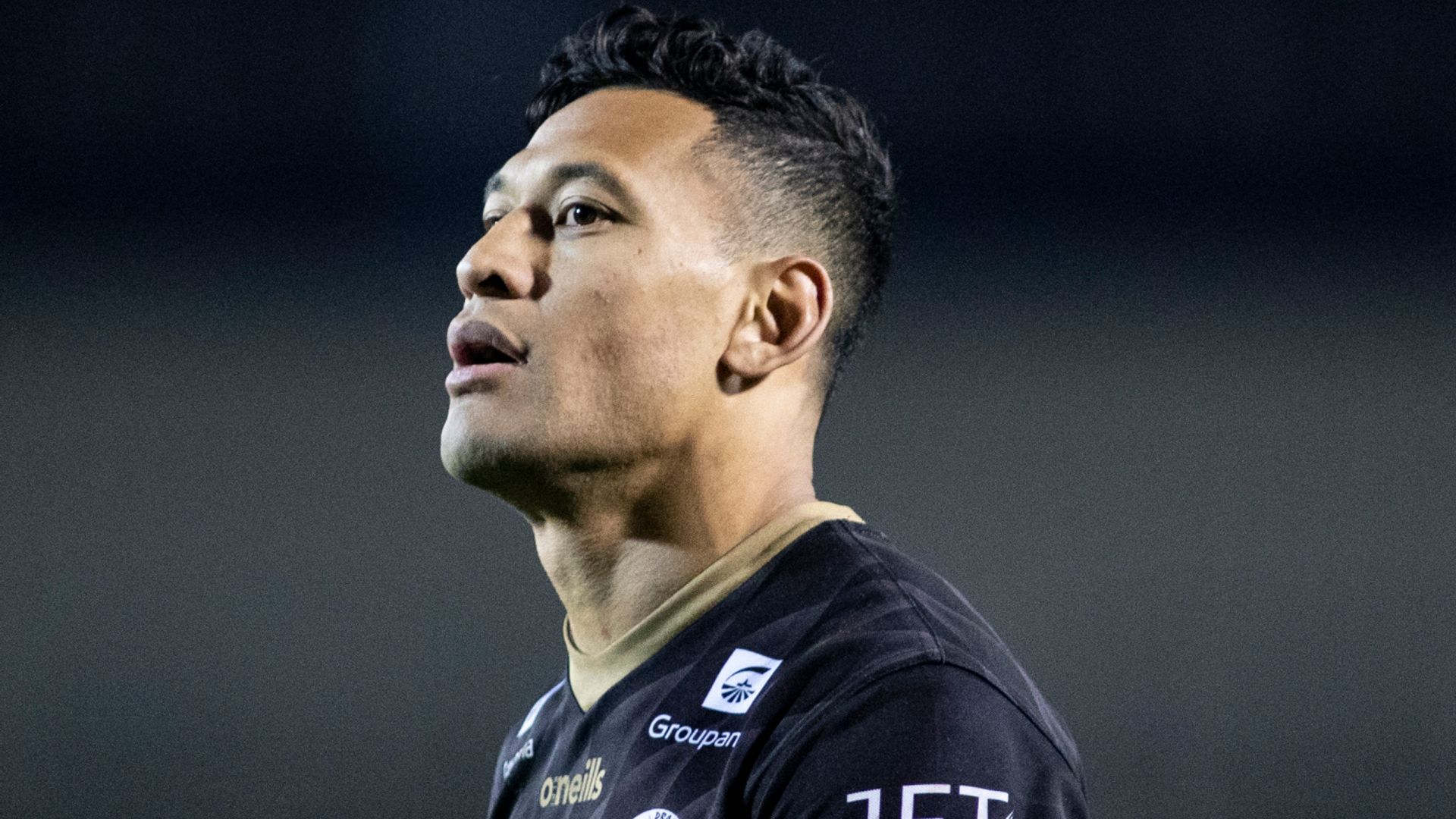 St George Illawarra Dragons end talks over bringing Israel Folau back to the NRL on a two-year deal; The club is believed to have received a backlash from fans and sponsors; Folau is contracted with Catalans Dragons through 2021 season

The dual-code international returned to Australia at the end of last season with his wife and newborn baby and has yet to report back to Perpignan ahead of the 2021 season, largely due to pressing family matters.

Although Folau is under contract with the Catalans for 2021, St George confirmed they have spoken to him about a two-year deal from this season and chief executive Ryan Webb submitted a written request to the NRL to explore the signing.

However, the move by the NRL club is thought to have provoked a backlash from fans and sponsors and on Wednesday they announced an about-turn following an extraordinary general meeting.

A statement said: “While the Dragons did enquire about signing Folau, the club can confirm that such discussions have now ceased.

The longer Folau remains in Australia, the more likely it is that he will end his spell in Super League but Catalans football manager Alex Chan says the club have remained in constant touch with the former Wallaby, who has not asked for a release.

“We’re giving him as long as it takes, we’ve told him to make sure that everything is taken care of and to keep us updated on what’s going on. We’re working closely with Izzy, waiting for news and hoping for the best.

“At no point have we spoken about a release. We’d built our squad around certain players that we had re-signed, Izzy being one of them.”

It now remains to be seen whether another NRL club will make a move for Folau, although they could be deterred by a reported asking price of £200,000 from Catalans chairman Bernard Guasch in addition to the baggage that accompanies the player.

Folau joined the Catalans on a 12-month deal ahead of the 2020 season, despite opposition from both Super League and a majority of clubs who were concerned over homophobic remarks he made.

The 31-year-old’s contract with Rugby Australia was terminated in 2019 after he said “hell awaits” gay people in a social media post. He subsequently took legal action and reached a settlement.

He was thrown a lifeline by the Dragons and, after scoring on his Super League debut last February, played a key role as they reached the play-off semi-finals.

The Rugby Football League reluctantly agreed to register Folau after receiving assurances from both the player and the Catalans over his future behaviour and St George’s proposal to the NRL contains strict stipulations around public and social media comments.

The French club are close to confirming the signing of New Zealand Test centre Dean Whare but that is not linked to the Folau situation and he will be a straight replacement for David Mead.