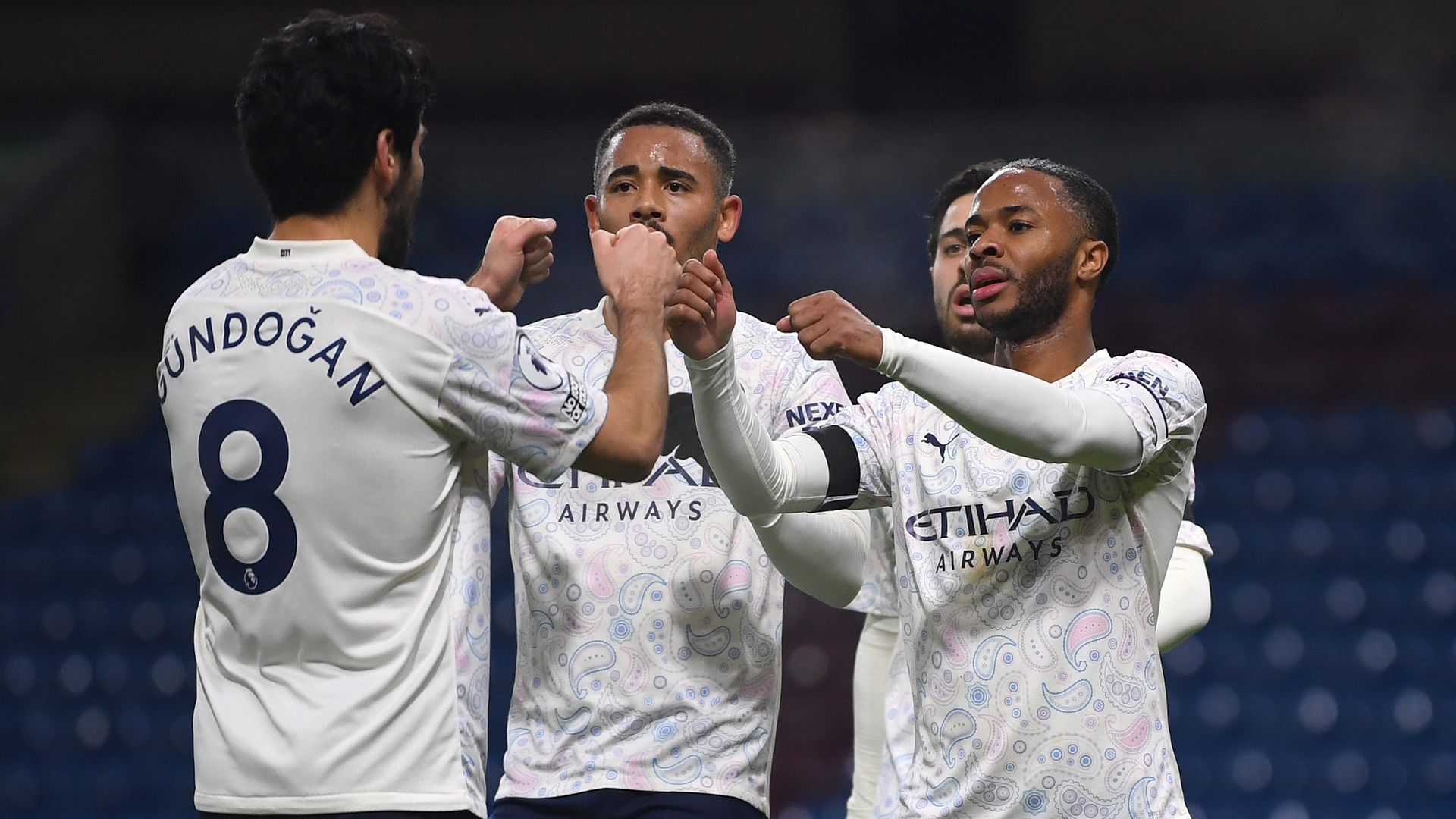 Pep Guardiola says Manchester City still have a lot of room for improvement despite going 20 unbeaten in all competitions with a 2-0 win at Burnley.

First-half goals from Gabriel Jesus and Raheem Sterling gave City a comfortable win at Turf Moor, meaning they are three points clear at the top of the Premier League.

City, who have only conceded four times in 20 games, are also the first Premier League side since Arsenal between March and August 2002 to win 13 consecutive matches in all competitions, but Guardiola says they can improve.

Asked if there is room for improvement, he said: “A lot. Today we lost some simple balls, that is the only thing I am concerned about. I am asking them to do effort and the simple things well, we are trying. Today more than usual we lose simple balls, but in general I am satisfied, because we continue to be solid and create enough chances.

“Knowing that coming here, against Burnley away, it is always difficult. Today we did it again really well. We can do better, but in general I don’t have regrets. The players are human beings and are fantastic.

“It’s always a good result here, Burnley away. So everyone knows how difficult it is, and we didn’t concede many chances again and created clear chances to score. I am satisfied.”

In the absence of Sergio Aguero, Jesus has now scored three in four games for City, and Guardiola said although both he and the forward knows goals are the key, the Brazilian contributes in many ways.

“We are delighted for Gabriel all the time, of course we need his goals, he knows it, but his contribution in many ways.”

City now face Liverpool at Anfield on Super Sunday, live on Sky Sports, in the biggest game of the season so far. But Guardiola says three points is three points, and says beating sides at the lower end of the table in their recent run has not been as simple as it seems.

“For now, we enjoy this game, tomorrow we start to think about next games. We have won six games in a row, against teams in low position of the table, and people say it’s guaranteed – but we know exactly how tough it was against many of these clubs.

📊Man City have won each of their last 13 games in all comps scoring 33 & only conceding 3.

In the last 46 days they have won 9 PL games – more than 9 teams have won all season pic.twitter.com/HPiZifCUNP

“We had to do our best, and now comes different teams, different types of play – now come another tough, tough group of games.”

Dyche: I’m pleased with the players

Burnley have failed to register a single shot on target in their last two Premier League games, but after some positive results in January put daylight between themselves and the drop zone, manager Sean Dyche insists he was happy with the players.

“I thought we actually did OK overall, but we can’t stand like we did. It’s a poor goal, the first goal, for many different reasons. That early, you don’t want to start like that against teams like this.

“We did reasonably well with our shape, but then conceded the second one. Second half I think we actually did well. These sides can get away from you very easily but they didn’t. Overall, with the challenges we’ve got, I’m pretty pleased with the players.”

Man City now go to Liverpool on Super Sunday, live on Sky Sports Premier League at 4.30pm, before a trip to Swansea in the FA Cup fifth round on Wednesday at 5.30pm.

Burnley host Brighton on Saturday at 3pm, live on Sky Sports Premier League, before hosting Bournemouth in the FA Cup fifth round at 5.30pm on Tuesday.