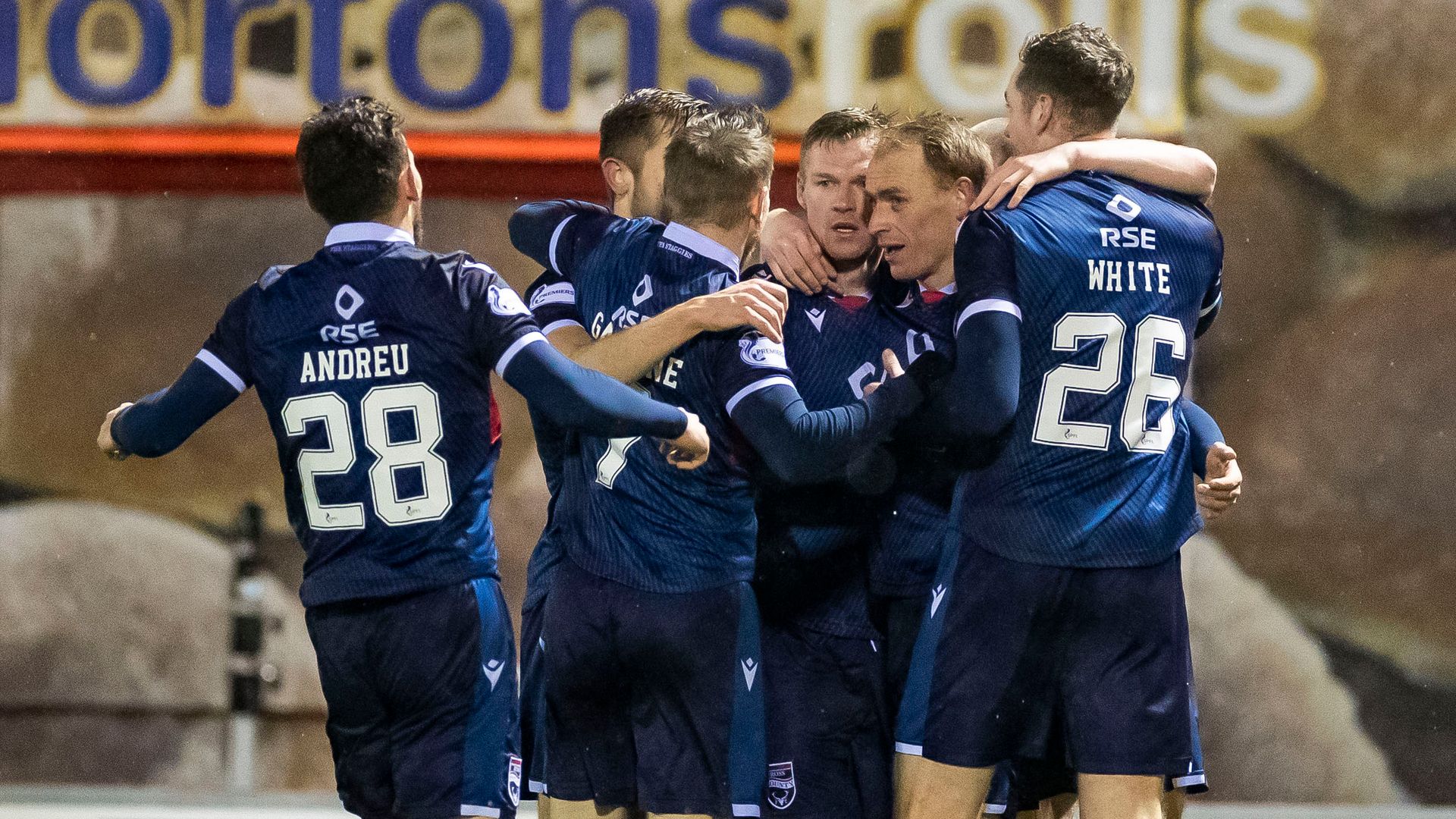 Ross County came from behind to beat home side Hamilton 2-1 in the battle of the Scottish Premiership’s bottom clubs.

Staggies midfielder Stephen Kelly put through his own net after 16 minutes of an open encounter.

The visitors hit the post in the second half and it looked like Accies might just see it out but debutant Jordan White levelled in the 80th minute before setting up fellow substitute Billy McKay to volley in the winner five minutes later.

Hamilton boss Brian Rice was assistant to John Hughes at Falkirk, Hibernian and Inverness and it will be the Staggies manager who will have the bragging rights.

More importantly, the Dingwall side are now four points ahead of bottom-of-the-table Accies although they have played two games more.

As expected striker Bruce Anderson, the new loan signing from Aberdeen, was handed his debut and he made an early impact. In the third minute, he played in fellow striker Marios Ogkmpoe, who fired wide of the far post.

On a blustery Lanarkshire evening, Anderson looked lively and was involved with the opener, breaking into the County box and his second attempt at cutting the ball across for Ogkmpoe saw the luckless Kelly, on loan from Rangers, deflect the ball over the line.

The visitors lost their bearings for a spell. Moments later, Ogkmpoe found himself in a race with Staggies ‘keeper Ross Laidlaw but when the ball spun high into the air, the Hamilton forward lost the chance for the second.

Then Accies wing-back Scott McMann burst into the Highlanders’ box and tested Laidlaw with an angled drive and a free-kick from 25 yards in the 32nd minute was also saved.

By that time County had forced their way back into the game but could not find a way through.

Moments into the second half, Harry Paton found himself with only Ryan Fulton to beat as the home defence parted but tamely drove straight at the Accies ‘keeper.

County increased the tempo and pushed Accies back and, in the 56th minute, former Hamilton player Tony Andreu headed a cross from Leo Hjelde against the post with McMann clearing to safety close to the line.

In the 63rd minute White, recently signed from Motherwell, came on to make his County debut for the injured Iain Vigurs and the change would prove significant.

Hughes went for broke in the 76th minute by bringing on four substitutes at once – Charlie Lakin, Carl Tremarco, McKay and Michael Gardyne – but it was earlier replacement White who redirected a shot from Jason Naismith high into the net from 14 yards.

White then turned provider five minutes later when he broke clear down the right and sent in a perfect cross for McKay to volley past Fulton from 12 yards to complete a remarkable late turnaround.

Hamilton boss Brian Rice: “It was disappointing to lose. Even a draw would have been disappointing. First half we started well, got ahead and had another couple of chances to increase.

“Even second half, apart from the first minute, I thought we were in control. Ten minutes from time we lose two goals. The first goal was a fluke. It was a shot going nowhere past the post and big Jordan sticks his leg out as good strikers do. The second goal was poor defensively to lose. We didn’t defend our box the last 10 minutes.”

Ross County boss John Hughes: “I felt we dominated the game. We maybe lost our way for 15 minutes of the second half after Iain Vigurs got injured. We showed plenty of character and in the first half we were very good. We needed to be better in the top half of the pitch.

“We showed character after losing a soft goal so to come back and it’s written in the stars – it’s White and McKay (famous Whyte & Mackay whisky).I’m pleased for Jordan. The guys we’ve brought in this year we’ve had to work to get them up to speed.

Hamilton host leaders Rangers on Sunday lunchtime in a clash you can watch live on Sky Sports Football, while Ross County host Dundee United on Saturday at 3pm.