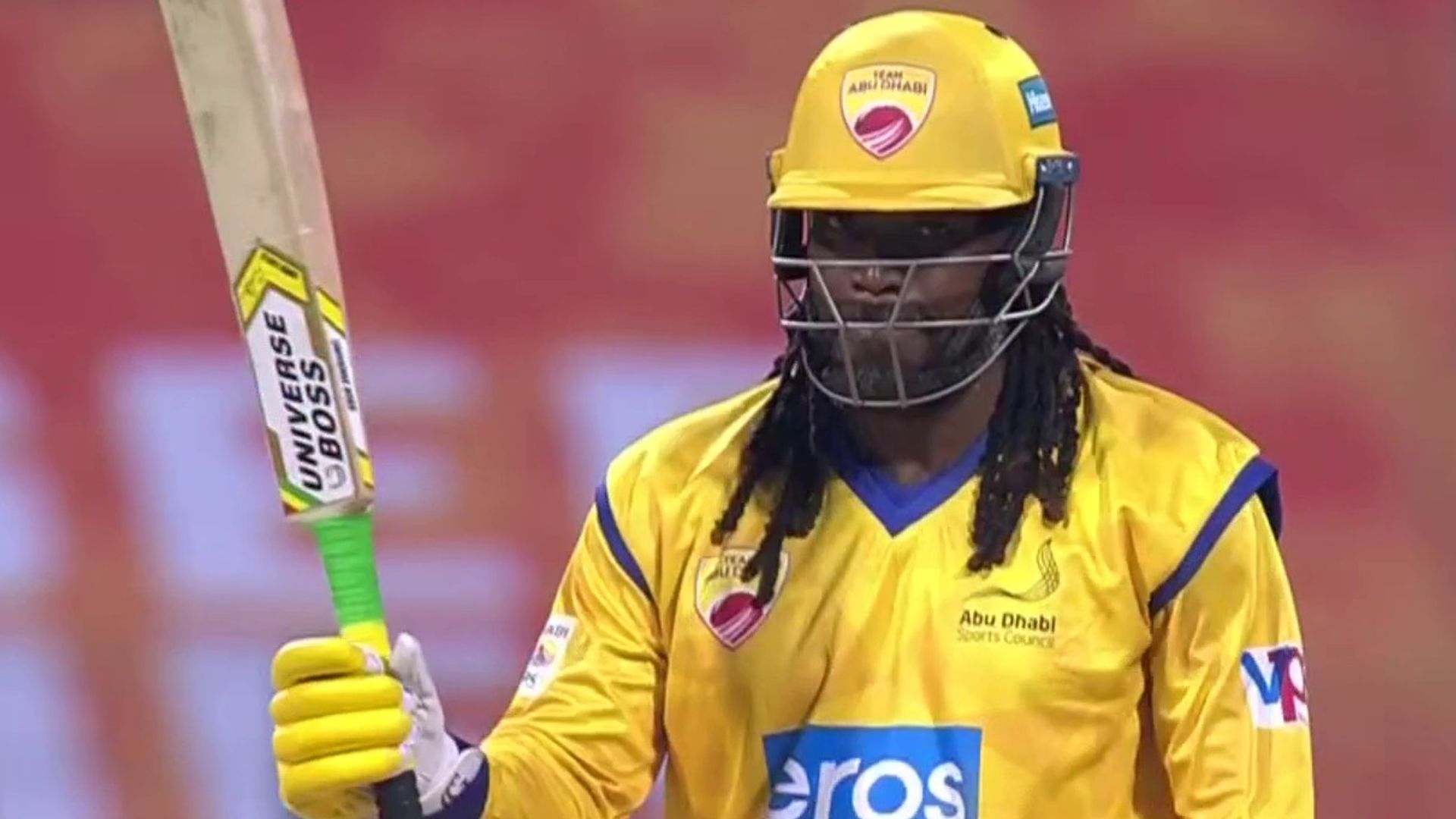 West Indies opener smashed nine sixes and six fours to score 78 runs from boundaries in innings with a strike-rate of 381.82; Gayle took 12 balls to reach fifty, equalling the rapid half-century he scored in the Big Bash League in 2016

Chris Gayle plundered nine sixes as he smote 84no off just 22 balls to propel Team Abu Dhabi to a crushing nine-wicket win over Maratha Arabians, in the Abu Dhabi T10.

Chasing 98 to win, Team Abu Dhabi got home off just 5.3 overs as Gayle galloped to a fifty in just 12 balls – a feat he had previously achieved in 2016 while playing for Melbourne Renegades against Adelaide Strikers in the Big Bash League.

Predictably, the 41-year-old Gayle finished the match with a six to end on a strike-rate of 381.82 – a figure swelled by six fours.

Ireland’s Paul Stirling (11 off five) and Englishman Joe Clarke (five not out) had the best seats in the house at the other end, while Ben Duckett and Sam Billings – the next two batsmen due to come in – were not needed.

Amid the carnage, seamer Sompal Kami conceded 27 runs off an over while Mosaddek Hossain went for 22. In the context of the match, 16-year-old leg-spinner Maroof Merchant’s excelled in just conceding 15 off his one over.

Only Nicholas Pooran has scored more runs from fours and sixes than his West Indian counterpart Gayle in an Abu Dhabi T10 innings – his 89 off 24 balls for Northern Warriors against Bangla Tigers including 84 runs from boundaries, while Gayle chalked up 78.