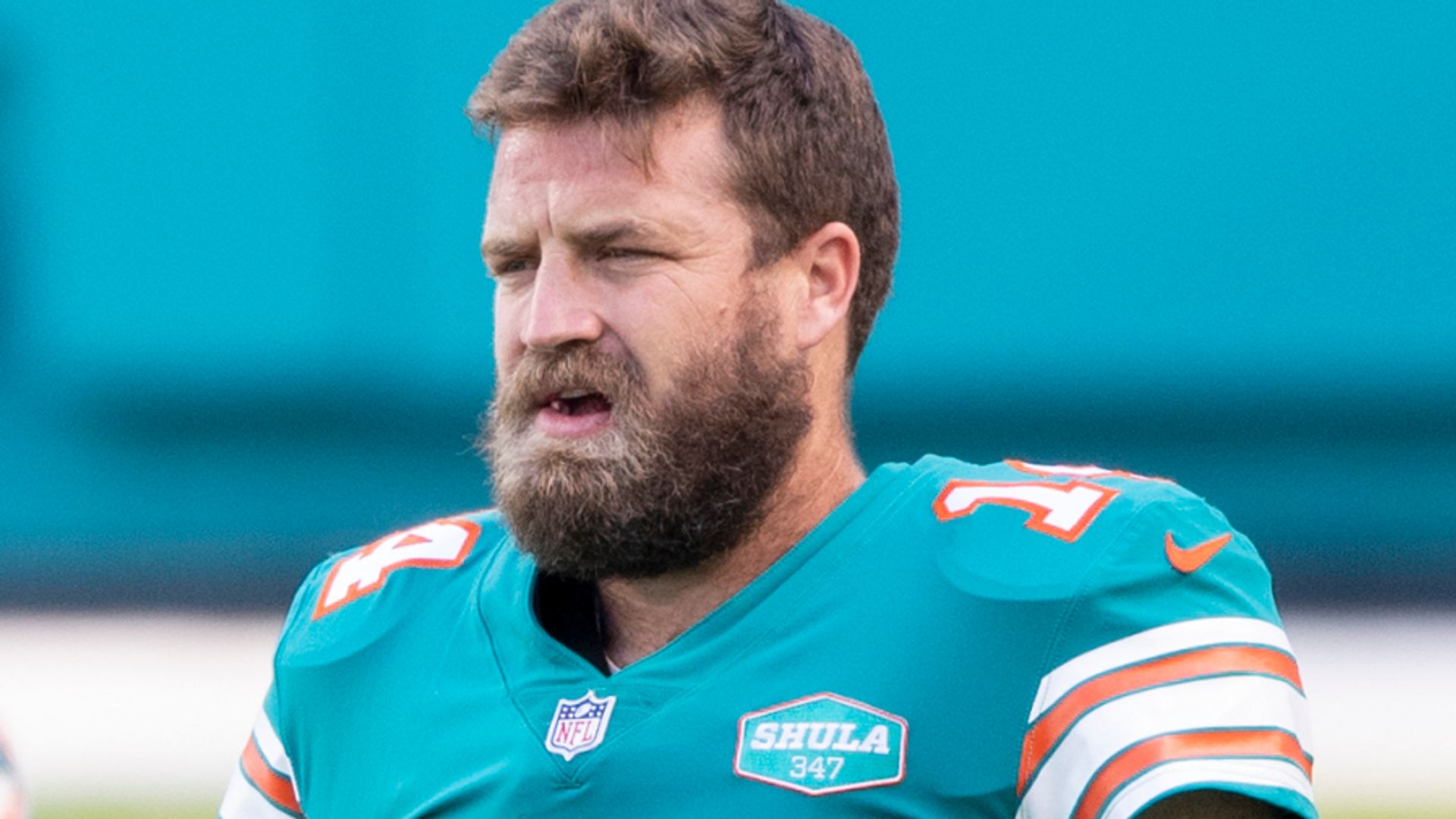 Ryan Fitzpatrick is headed towards free agency after two years with the Dolphins; veteran quarterback lost his starting place to Tua Tagovailoa midway through 2020 season; Fitzpatrick: “These last two years have really re-lit that fire under me”

Ryan Fitzpatrick says he wants to continue playing in 2021 as the 38-year-old heads towards free agency.

The veteran quarterback has spent the last two seasons with the Miami Dolphins, but his future is unclear as nears the end of his contract.

Fitzpatrick began the 2020 season as Miami’s starter but was replaced by rookie Tua Tagovailoa for Week 8.

However, he was called from the bench to replace Tagovailoa on two occasions and ended the season with 2,091 throwing yards, 13 touchdowns and eight interceptions from nine appearances (seven starts).

Speaking to The Pat McAfee Show, Fitzpatrick said: “For me personally, I have to take every offseason now and just reassess.

“I know these last two years have really re-lit that fire under me. I still want to play. I enjoy being out there playing.

“Things are a little more complicated for me now with my oldest going into high school and six little ones trailing behind him.

“So, there’s a lot of thought that has to go into this thing, but I still love playing the game.”

Tagovailoa, the No 5 pick out of Alabama in the 2020 Draft, is currently set to return next season as Miami’s starting quarterback, despite occasionally struggling during his first campaign.

The Dolphins have been strongly linked with Houston’s star quarterback Deshaun Watson, who has requested a trade from the Texans, but Fitzpatrick is impressed with what he has seen from working personally with Tagovailoa.

“Tua was the guy that was willing,” he said. “I think that’s the first thing; guys have to be willing to ask questions and willing to learn and he did a good job with all that.

“It’s hard to play quarterback in this league, especially as a rookie, and he came in and did a great job.

“It was a great year of experience for him and I look forward to big things in the future for him.”

Fitzpatrick’s 2020 season ended on a sour note as he was ruled out of Miami’s Week 17 trip to Buffalo after contracting coronavirus, with the Bills’ blowout victory ending the Dolphins’ chances of making the playoffs.

As well as the Dolphins, Fitzpatrick has played for the Cincinnati Bengals, the Bills, the Tennessee Titans, the Texans, the New York Jets and the Tampa Bay Buccaneers since being drafted in the seventh round of the 2005 Draft by the St Louis Rams.